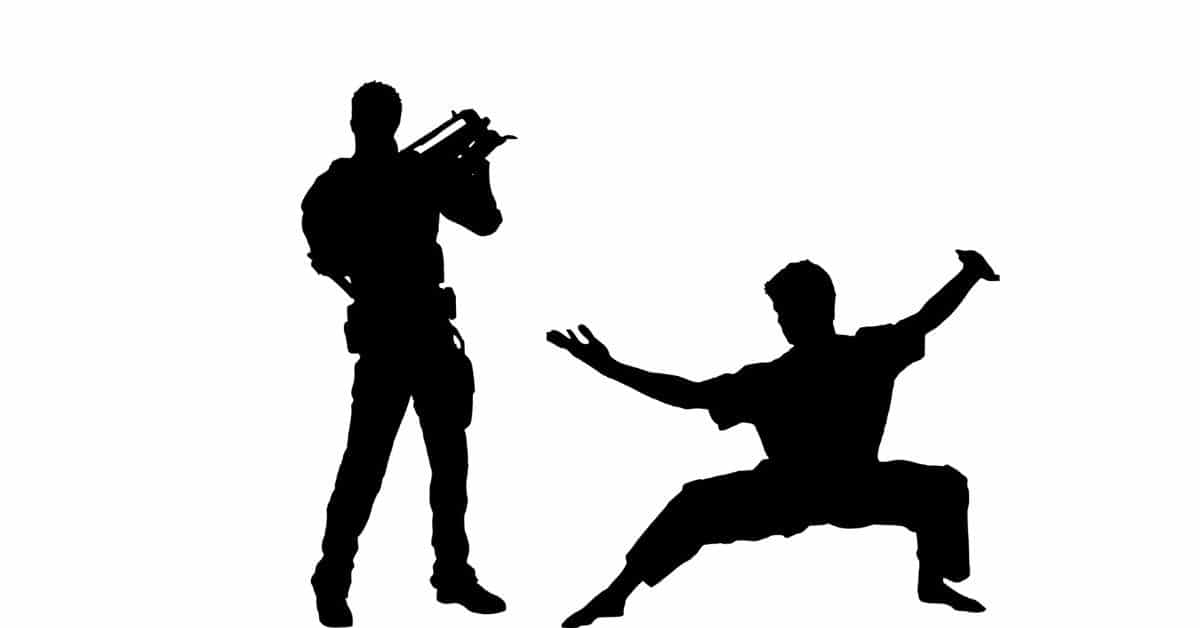 Special forces operators need to know how to defend themselves. Because they need to learn self-defense quickly, militaries worldwide focus on a single self-defense system. Here are the three martial arts- special forces learn.

Special forces learn either Krav Maga, MMA, or Boxing because they need to learn self-defense quickly. These martial arts are relatively easy-to-learn while being highly effective. For instance, you can become proficient in Krav Maga after a month.

However, there’s more to it. Some militaries prefer not to have their special forces go through a specific martial art. Instead, they train them for their needs, hence any situation they encounter. Let’s dive into whether you should learn these martial arts yourself- and what makes them unique?

Before jumping in, if you’re anything like me- training at home is a must. You’ll be capable of progressing outside the martial arts gym and therefore advance faster. To know how, follow the link to a martial arts training-at-home guide.

The most well-known martial art that special forces do is Krav Maga. It’s practical for one main reason; Krav Maga is easy-to-learn. As a result, the military can teach its operators to use it quickly and effectively.

Krav Maga is a self-defense system that utilizes many techniques for self-defense purposes. It’s not about rules or guidelines. Instead, you’ll learn to do everything to ensure you win the fight. Because of that, crotch kicks and eye gouges are allowed.

Overall, if you’re looking to know self-defense quickly, doing it is wise. If you were to pick a martial art, such as Kung fu, you wouldn’t see the same amount of progress at the same time. Although Kung fu is one of the best martial arts worldwide, you’ll learn self-defense better using Krav Maga movements.

Special forces learn Krav Maga because you can learn the fundamentals quickly. Because special forces training doesn’t have plenty of free time, you’ll have to get the most value in the shortest time possible. As such, Krav Maga is suitable.

Because of that, special forces don’t learn a martial art such as karate. Because it takes plenty of time and effort to achieve a decent level, it won’t be as effective as Krav Maga.

You need to understand that in training there’s no time. In my training, we had two weekly hours- for fighting classes. The rest was full of different types of schedules. As a result, understand that there’s no spare time to master martial art. The most you’ll get is a few weekly hours to develop your skills.

I wrote an article on what makes Krav Maga different. It correlates closely with this topic. As such I recommend you to read it.

Learning martial art will change your life. There isn’t a single part of my body that’ll tell you otherwise. Consequently, you must understand the importance of knowing to fight. If you’re an operator, the chances of you getting into a dangerous situation increase.

Because of that, you must learn to protect yourself and others close to you. Otherwise, you won’t do your job appropriately.

Learning Krav Maga is highly beneficial because of its practicality and dynamic nature. One can enjoy the benefits of doing martial arts while learning quickly. That especially fits special forces operators because of their line of work.

I’ve had massive success with Krav Maga. It taught me plenty about having the right mindset. Additionally, it increased my confidence and self-trust because I know how to use physical force to beat an opponent. As such, I’m capable of self-defense, which is a desirable trait.

I wrote an article on eleven valuable tips for Krav Maga trainees. I recommend you to read it if you’re starting with martial arts in general. It’ll give you the direction you may need.

Lastly, Krav Maga is an incredible physical workout. Not only will you learn self-defense, but you’ll also better your condition. As a result, it’s a win-win situation.

One of the better fighting styles; is MMA. In fact, it’s the deadliest martial art in the world. If you want to find out which are the others, follow the link. Overall, if there’s a single fighting style I believe in, it’s this one.

MMA or mixed martial arts merge a few fighting styles. As a result, one will know to use many techniques to beat his opponent. For instance, you’ll understand how to send powerful punches and grapples and therefore be a complete fighter.

That said, it has some disadvantages. Because some people look for a straightforward martial art- MMA won’t be suitable for them. As a result, Krav Maga or Boxing will be a better fit.

In today’s constantly changing world- we need to adapt to any situation. That way, we’ll be able to overcome any dangerous scenario that comes upon us. Now, MMA is the best martial art for such instances.

Special forces operators are always ready for the unexpected. As a result, they must know to adapt. As I mentioned previously, mixed martial arts will teach you to accomplish such an action. Because of that, it’s an incredible feat.

MMA is suitable for special forces because it grants them the capability to adapt. As a result, they’ll be ready for any given situation. For instance, if one needs to react to a knife attack, he’ll react differently than a street fight.

The techniques mixed martial arts teach you are relevant to soldiers’ line of work. For instance, if one needs to grapple a hostile, he’ll know to do so. Additionally, you’ll be capable of knocking out an attacker in a few strikes with appropriate training.

All are suitable for special forces, and therefore they can use MMA to benefit them.

Learning MMA is valuable because it will teach you practical techniques. As such, you’ll learn self-defense and fighting movements. Overall, it’s one of the deadliest martial arts worldwide, and therefore learning it is wise.

Learning MMA is wise because it’s a fantastic martial art- suitable for self-defense. In addition, it’ll teach you to adapt according to the situation you face. As a result, your chances of beating the opponent or attacker increase as you become more proficient.

Despite peoples’ beliefs, there are no rules in street fights. Consequently, Using every advantage you can get to win the street fight is intelligent. Some MMA instructors teach “illegal” techniques that you can use to disable a person quickly and effectively.

Today, Boxing is the second most popular sport worldwide. As a result, many qualified schools teach this martial art, and therefore you can find a proper one.

Boxing is a martial art that utilizes striking in various forms to knock out the opponent. Because it doesn’t involve many techniques, it’s an easy-to-learn fighting style. For instance, you won’t have to learn grappling or choking techniques.

Overall, it’s one of the best martial arts one can learn. Because of that, if you desire an uncomplicated fighting style, training it; fits. Furthermore, it creates solid fighters because you’ll know to get punched without moving an inch.

Like the reasons for Krav Maga, Boxing fits in the same category. Because you can learn Boxing quickly, the operators will have enough time to train in it. Because of that, they’ll become proficient in it even with a minimum training period.

Special forces learn Boxing because it’s uncomplicated and easy to train. As a result, they’ll be capable of knowing to use it in no time. For instance, one can learn Boxing and become solid in it in under a month.

Overall, there isn’t much to say about it being suitable with special forces. They need to learn to punch hard- or else they may get into trouble.

Understand that’s it’s their line of work. The operators are getting paid to be strong and in shape. As such, martial arts can highly benefit it, particularly these three fighting styles I mentioned.

Learning Boxing will provide you with many positive experiences. Additionally, you’ll become a solid fighter. You’ll know how to get hit and not move an inch. As a result, it’s highly effective for self-defense.

Here are some benefits one can expect from training in Boxing. (Source)

As you can see, the list is enormous. In addition, I recommend you to read the source above the list to learn more about this topic. Eventually, you’ll benefit from doing Boxing. Thus I urge you to train it- even if you’re not a special forces operator.

Special forces operators will benefit from learning a martial art. They need to stay in shape and know to fight. Thus learning to fight is beneficial to their line of work.

Eventually, they may fail if they’re unready to react. Special forces operators must be ready for the unexpected. If they’re not, they’ll most likely fail in the mission. Because of that, adapting- is a big part of being in such a workspace.

link to Street Fighter vs. Boxer – Who Is the Better Fighter?

Continue Reading
link to Boxer vs. Wrestler – Who Would Win?

Boxing and wrestling are both effective martial arts. Let's examine who would in a fight, a boxer, or a wrestler?