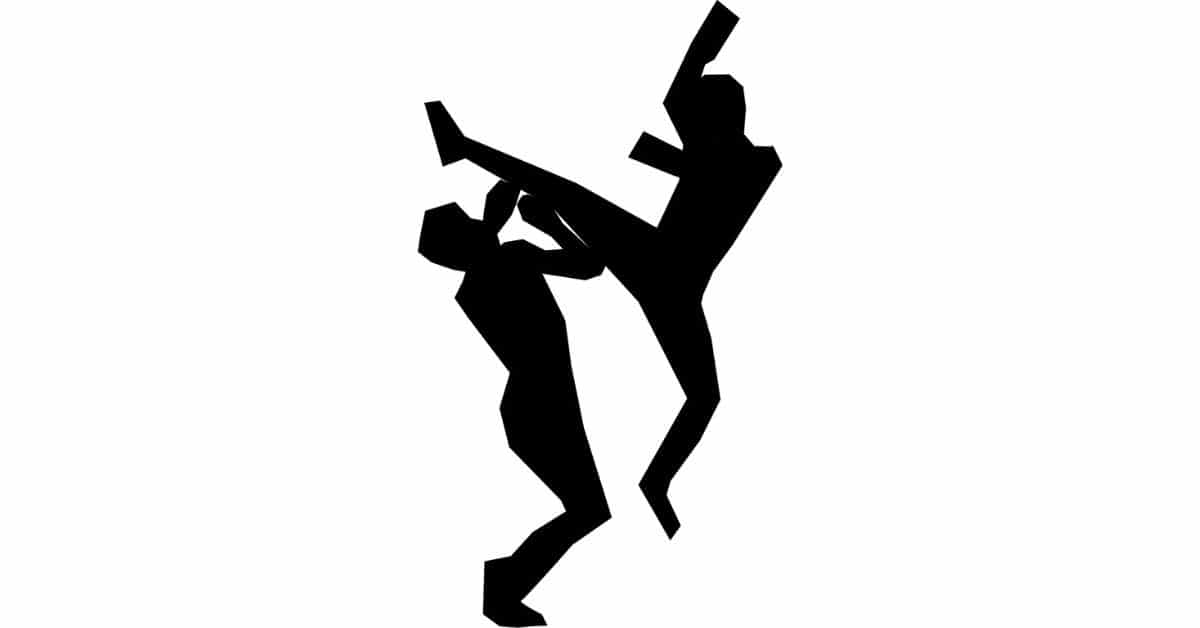 Knowing which martial art is best for close combat- will assist in learning it as effectively as possible. Thus you’ll be a solid fighter. Although most martial arts are best for when you can reach the opponents, there’s one that exceeds.

Muay-Thai is the best martial art for close combat because it teaches striking, kicking, and grappling techniques. Because of that, you’ll become capable in any close-quarters combat situation. For instance, various martial arts don’t teach any grappling movements.

If all martial arts are effective up-front, why do I need to know which one is the best? Eventually, you can maximize your results- by studying Muay-Thai. You’ll become a solid fighter and know to react in dangerous- close situations.

Before jumping in, I wrote an article about the deadliest martial arts worldwide. If you’re interested in knowing which these are- I encourage following the link. Muay-Thai is one of them. Yet, it’s not the deadliest one.

Today, there’s a variety of martial arts. As a result, you may get confused over the number of ones. Each one provides a unique value. Thus you’ll need to find a suitable one. If you don’t, you may get into various issues.

Because of that, learning Muay-Thai- is one of the best decisions you can make. In fact, you’ll become a solid fighter by doing it. You’ll know to get hit and to send powerful punches. In training, you’ll get used to getting punched because you’ll constantly be receiving hits.

As a result, you won’t be scared to get hit in a real fight. Such a trait is crucial because if you’re afraid- you won’t close- the distance. As a result, beating the opponent will be impossible. However, if you’re confident in your abilities, you’ll be closing the space because you’re not scared.

Thus disabling the opponent will happen smoothly and swiftly.

One of the best fighters worldwide uses Muay-Thai- as his primary martial art. Because of that, we understand that it holds high value- in terms of fighting. The guy is no other than- Rodtang.

If you’re not familiar with him, I encourage watching the following video.

We can see that Rodtang has incredible pain tolerance. As a result, he can get hit without moving an inch. Thus he’s one of the stars fighters in One Championship.

Learning Muay-Thai will assist you in many aspects of your life. You’ll know to use self-defense for your advantage. As a result, overcoming any dangerous situation; will come naturally.

Learning Muay-Thai; is wise because you’ll become a solid fighter. Additionally, you’ll gain many mental and physical benefits, such as confidence. As a result, you’ll become a more positive individual, capable of more significant feats than your current state.

Today, most people aren’t self-disciplined. One of the best benefits you’ll gain from Muay-Thai is- self-discipline. As a result, you’ll stay consistent in other aspects of your life. For instance, you’ll keep up with your diet, even when you feel like eating junk food.

As a result, Muay-Thai can completely change your lifestyle. Because of that, its trainees have a positive mindset for life in general. I encourage everyone to watch the following video, as it may change your approach to training in it.

Today, many are hesitant to begin their martial arts journey because they don’t know where to start. Thus I’m telling you that you can start training- starting from today- at home. As a result, you don’t need to spend any money to start progressing and learning the basics.

Although it may be challenging- at first, you’ll get the hang of it. Consequently, staying consistent becomes more manageable the better you are. Additionally, once you learn to use physical force appropriately, you’ll enjoy learning more techniques.

Can you train Muay-Thai at home?

In our times, attending fighting classes- doesn’t fit many people. As a result, learning at home- will assist you in saving money while progressing. Thus you’ll learn to fight while training whenever you desire.

You can train Muay-Thai at home because various workouts don’t require any equipment. As a result, progressing without attending any classes- is possible. Yet, spending money on a punching bag and gloves; will assist you in learning more techniques- faster.

Although you don’t have to buy any equipment to learn the basics of Muay-Thai, buying the essentials; will help you progress. You’ll become a solid fighter from having these pieces of equipment because you’ll experience a different training atmosphere.

I’ve seen success buying this punching bag and these MMA gloves. That’ll cost you $168, and you’ll have a whole different training experience. Because of that, I encourage you to invest that one-time payment in martial arts.

However, if you’re unwilling to spend money on Muay-Thai, you can still train at home. All you have to follow is the previous video I mentioned. Consequently, you’ll be learning the basics- while not investing any of your hard-earned cash.

At first, you’ll find trouble staying consistent with training. Because of that, you have to be self-disciplined in your training. Thus you’ll notice benefits without attending any Muay-Thai class.

I wrote a complete guide to training martial arts at home. If you’re interested in a step-by-step guide to doing so, I encourage reading it.

To summarize, everyone can begin doing Muay-Thai at home- starting today. Additionally, you don’t have to invest a single dime in it. Thus it’s available for everyone who desires to learn a solid fighting style.

There’s a variety of martial arts one can learn. Because of that, you may get confused when choosing one to study. Thus knowing which one’s the best for close combat situations; will assist you.

Muay-Thai is the best martial art because it teaches various techniques- suitable for such situations. For instance, you’ll learn to use grappling movements- to ensure you win any fight. Additionally, you’ll become an adaptive fighter- capable of being dynamic.

Because of that, learning it; will change your life. I’ve become a solid fighter ever since I began training at home. I managed to progress without spending a single dollar on my training.

If you want to progress faster, I encourage reading an article about- eleven tips to advance quickly in your martial arts training. It’ll assist you in knowing what to expect and give you actions to take.