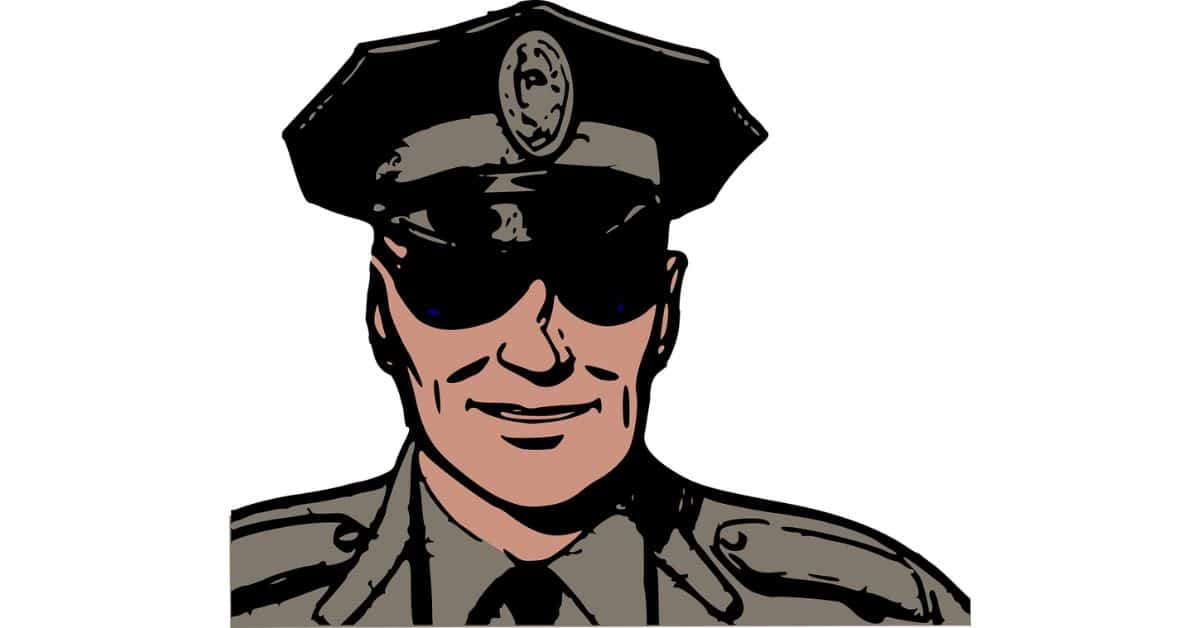 Police officers face many dangerous situations. As a result, knowing to fight- is vital for completing their job on the best possible note. Martial arts provide a platform for cops can learn to fight. However, there’s a variety of them. So, which one’s the best?

Moreover, some Jiu-Jitsu schools formed a particular class for officers. These classes teach ways of forcing an attacker to surrender without using firearms. These techniques are a form of ground grappling, which is what Jiu-Jitsu does best.

This article will demonstrate why BJJ is the best martial art for police officers. Additionally, if you’re struggling in choosing one to learn, I’ll also include some of the pros of BJJ.

Nonetheless, various martial arts are suitable for similar goals. If you’re struggling to choose one to learn, I encourage you to read this article about the deadliest martial arts worldwide.

Why Jiu-Jitsu is the best martial art for cops

If you’re a police officer, you must learn how to fight. Unfortunately, the number of dangerous scenarios you’ll face- is drastically larger than the average. As a result, complimenting your skills with a martial art- is a wise choice.

Jiu-Jitsu is the best martial art for cops since it focuses on ground grappling, which is most relevant for police officers. Moreover, some Jiu-Jitsu schools concentrate on teaching cops to fight, including many cuffs scenarios.

According to a study, BJJ is one of the martial arts that betters the performance of cops. In fact, you can see the correlation between how well the officer is trained to how well one performs.

All martial arts teach a unique style of fighting. Often, that includes different techniques, such as punching, kicking, and grappling. As a result, for a martial art to be suitable for cops, it must involve effective techniques. Let’s examine whether that is the case.

Jiu-Jitsu teaches effective techniques in the form of grappling. As a result, both cops and people can use it for self-defense and other fighting purposes. For instance, it’s not uncommon for an officer to disable a hostile in seconds using Jiu-Jitsu techniques.

Eventually, for one to become a solid fighter, one must learn to use the appropriate techniques. For instance, while punching and kicking are worth the effort, grappling presents a different fighting style. For most, it’s less shiny than the first ones. Yet, it has incredible value to offer.

I’m a big grappling fan since anyone can learn to use it. Moreover, some movements depend on your size, which influences the amount of force you can generate. However, that’s not the case with grappling. Thus officers can use it effectively regardless of their size.

#2- Jiu-Jitsu is effective for ground fights

One of the most complicated aspects of scenarios cops encounter is arrests. Often, it’s uncomfortable for both sides. However, when a hostile is out of control, completing the job may be challenging. Because of that, Jiu-Jitsu shines above the rest.

Jiu-Jitsu is effective for all scenarios cops deal with since it involves ground fighting. As a result, officers can use them to ensure their safety and the completion of the work. For instance, most BJJ techniques will help execute arrests perfectly and effectively.

There isn’t a single martial art that does this as best as BJJ. As a result, it’s highly effective for police officers. Nonetheless, officers need to learn how to control unfriendlies on the ground. If an attacker becomes out of control, the cops must maneuver him to take complete control.

The following video demonstrates the scenario I discussed perfectly. If you’re interested in learning BJJ, I encourage watching it.

Picture the following scenario; you’re an officer and about to arrest someone. How would you instead feel, scared or ready to act? Of course, the answer is ready to serve. Now, achieving such a state comes only from repetition and training.

Jiu-Jitsu reduces stress under pressure because it allows the trainees to overcome various obstacles while performing them repeatedly. As a result, when the time to act comes, you’ll react in a calmer, less-stressed state.

The earlier study points out that cops that went through BJJ training reacted better in higher anxiety situations. Why do you think that happened? The straightforward answer is that they had the appropriate practice for such a scenario. Consequently, they were able to react smoothly.

Eventually, lowering your stress and improving your reaction to stressful situations- is vital for cops. If they can’t react in a calm state in such scenarios, completing their jobs- becomes more challenging than ever.

If you’re anyone who’s trying to improve yourself, martial arts are for you. I’ve seen significant success with learning them and letting them improve my well-being. As a result, if that sounds like anything you want to achieve, consider starting to train in fighting classes.

The best martial art for cops is BJJ since it teaches valuable skills- suitable for their scenarios. For instance, many ground grappling techniques they’ll learn- will be ideal for arrests.

Additionally, many Jiu-Jitsu schools offer particular classes for police officers. These classes focus on their work, such as dealing with hostiles and having to arrest them. They’ll learn everything they need to know about fighting and how to control foes in their training.