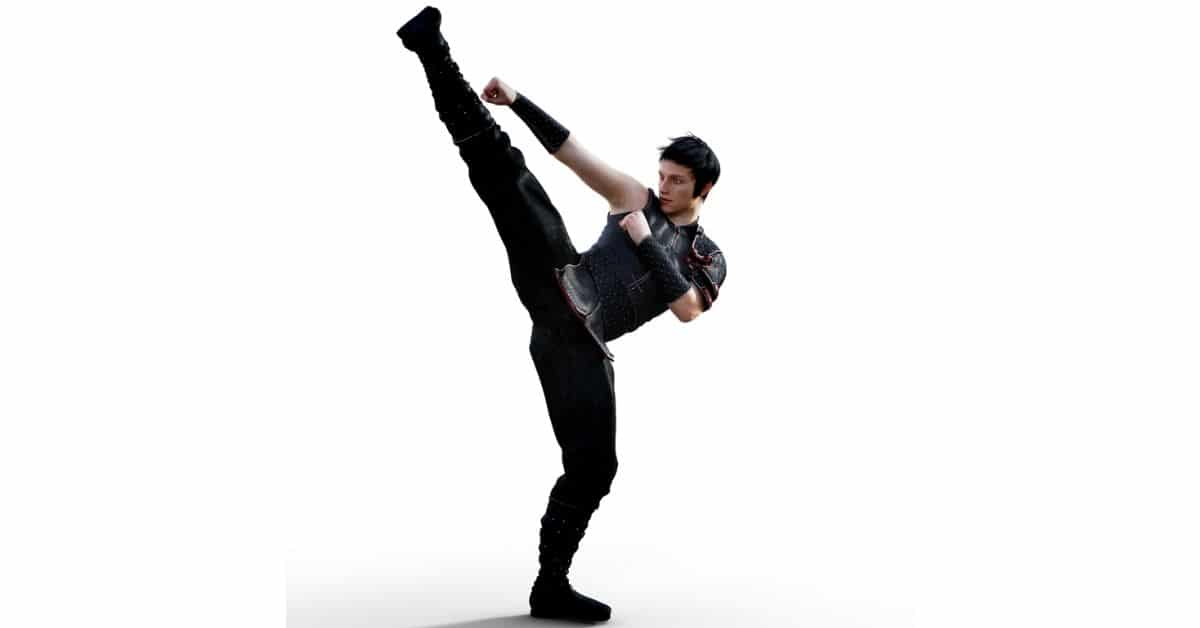 Learning martial arts is difficult because it’s an intense workout and learning the techniques takes time. As a result, you’ll have to invest plenty of effort in each session. For instance, Krav Maga burns 616 calories an hour. In comparison, an hour of running will burn 606 calories.

That said, some may find it more manageable than others. Additionally, some martial arts are more challenging to learn. As such, staying consistent with them; will be more demanding.

Next, we’ll discuss the differences between the different martial arts. In addition, whether learning each one is rough.

Why is learning martial arts hard?

At times, practicing a fighting style will get challenging. Consequently, expecting that might be the difference between quitting and not. I went through countless times- where I wanted to quit. Now, let me share why that’s the case.

Training in martial arts is challenging because learning the techniques takes time. Furthermore, most martial arts sessions are intense. Thus you’ll sweat a lot when doing such an activity. At first, you won’t see any results. Because of that, many trainees quit in the beginning.

If you can continue training even when not seeing any results, you’ll be solid for the rest of your journey. The most challenging time of martial arts training is the beginning. Picture yourself investing all that effort to eventually not get any returns. It’s tough.

However, I assure you- you’ll notice some results- when you stay consistent for long enough. Still, many people get it wrong. They expect to experience these benefits immediately. Yet, that doesn’t occur, and they end up quitting.

Today, many people aren’t in good shape. As a result, training in martial arts will require you to sweat a lot. Because of that, you may find the physical aspect of training- challenging. If you’re not in shape, you shouldn’t worry. Keep up with the classes, and you’ll pace up in no time.

Lastly, you may have difficulties dealing with learning the techniques. Although some may find it manageable, everyone struggles in this phase. You’re trying to learn to kick appropriately. However, you seem to have trouble doing so. I’ve been there; so will you.

To summarize, staying consistent and investing effort will resolve most of your troubles. I’m aware of the difficulties martial arts training offers. That said, it’ll all resolve- if you don’t quit.

I recommend you to read an article on tips for martial arts beginners, as it may insight you in your training.

If you’re trying to choose a martial arts to learn, you can look at this resource and decide which one to start training. I wrote an article on the nine best martial arts for self-defense you should learn. If you haven’t chosen which one you’ll train in yet, I recommend reading it.

Krav Maga is the second most popular martial art worldwide. Additionally, it’s the best self-defense system one can learn currently. Because of that, many people choose to learn Krav Maga, as it teaches fighting principles exquisitely.

Learning Krav Maga is tough. You’ll go through many hard times- where you’ll want to quit. At first, you’ll invest plenty of effort- to notice no results. However, Krav Maga isn’t as challenging to learn because it’s a self-defense system. Thus you’ll know to fight after a short period.

Krav Maga began in the Israeli military in the late 1940s. They wanted their soldiers to know self-defense without having too much training. Because of that, they invented this self-defense system- they can teach in a brief period of training.

As a result, learning Krav Maga isn’t as challenging as other martial arts. Although it’s an intense workout, you won’t have trouble understanding its techniques. Thus many martial arts will be more demanding to learn.

I recommend you to learn Krav Maga, as I had significant success with it. I understood fundamental fighting movements in no time, and I saw results quickly. Thus staying consistent- is easy.

If you’re reading this post, you’re most likely familiar with the term- Karate. Many movies and shows that demonstrate different fighting styles- showcase Karate as an example. Because of that, most people are familiar with it.

Karate is challenging to learn because it will take a long time to master. Additionally, one may not understand the fundamentals- of it until late in training. As a result, staying consistent is more demanding than other martial arts.

Eventually, Karate is suitable for self-defense. Additionally, you’ll develop your inner-self. From Karate training, you may experience benefits, such as increased confidence and lower violence levels.

I ranked it 7/10 because its fundamentals are more demanding to learn. As a result, more people may quit at the beginning of their learning curve.

However, if you stick with it- you’ll notice results.

Some martial arts don’t incorporate many techniques. As a result, they’re more manageable to learn. Jiu-Jitsu is a fighting style that utilizes grappling and maneuvering your opponent. Eventually, the goal is to submit the opponent.

Jiu-Jitsu isn’t as challenging to learn because it doesn’t incorporate many techniques, such as striking or kicking. Instead, it focuses on grappling techniques. Because of that, its trainees might notice results sooner than if they were to train in another martial art.

Overall, Jiu-Jitsu is one of the best martial arts worldwide. If there’s one fighting style I believe in, it’s Gracie Jiu-Jitsu.

I’ll include a video that demonstrates it. I highly recommend you to watch it completely understand it.

Boxing is the most widespread martial art worldwide. Additionally, it’s to easiest to learn. As a result, many people choose it as their primary fighting style.

Boxing is the easiest to learn martial art because it incorporates basic movements as its fundamentals. As a result, understanding the essential techniques will take a short period. Because of that, seeing results shortly after beginning; is typical.

Additionally, many martial arts combine with Boxing. Follow the link to figure out which ones do. Because of that, if you know to Box, you’ll become a solid fighter.

Boxing is suitable for self-defense because it makes its trainees for solid fighters. You’ll be capable of getting hit without moving an inch. As a result, you won’t be afraid to overcome dangerous situations, such as a street fight.

If you haven’t heard of UFC, you must be living under a rock. The UFC is the most popular platform for elite fighters to show their skills. Essentially, anyone can fight with their unique style. As a result, you’ll notice diverse fighting styles in UFC.

MMA or mixed martial arts- is an unlimited fighting style. Every fighter that trains in it will have his take on fighting in general. Because of that, elite UFC competitors usually use more than two different fighting styles simultaneously. Thus it’s challenging to learn.

Learning MMA is challenging because it’s not a fixed martial art. Instead, it’s incredibly dynamic. Thus people who begin doing mixed martial arts will experience many difficulties in the start phase.

However, MMA is deadly. Fighters who combine techniques appropriately– dominate their competition. Generally, elite MMA fighters are the best fighters because they can adapt to any situation.

Overall, I recommend learning mixed martial arts if you’re interested in a diverse fighting style. You’ll become one of the greatest fighters if you invest time and effort. That said, staying consistent with MMA training is incredibly demanding.

Eventually, learning martial arts may get challenging. Because of that, many quit in their growth phase of training. I assure you if you stay consistent with the sessions, you’ll progress and notice many benefits in no time.

When choosing the martial art you want to train in, consider which techniques you want to learn. For instance, if you desire to become a solid fighter, Boxing may be suitable. However, if you’re interested in learning a traditional fighting style, consider Karate.

I recommend you to read the following post about the five reasons every police officer should learn martial arts. Frankly, you may not find this topic to correlate to yourself. However, you’ll broaden your knowledge on that issue.