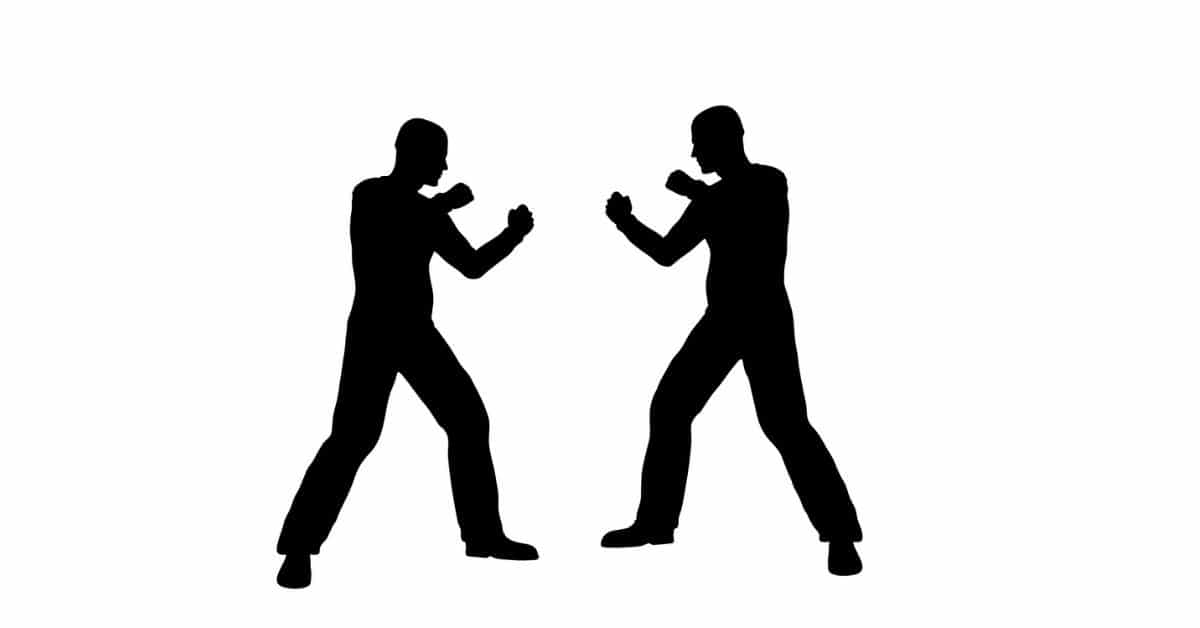 Taekwondo and Kung fu are both fantastic martial arts. Let’s examine which one is the best and which one you should learn.

Overall, learning a martial art is a wise choice. You’ll gain many benefits from it, and therefore you’ll begin improving your life drastically. Because of that, the rate of people doing martial arts is on a constant rise. For example, you can see the growth in this graph- by Statista.

Taekwondo and Kung fu have plenty in common. However, Kung fu is better than Taekwondo for various reasons. For instance, Kung fu teaches multiple fighting techniques, such as grappling, submissions, punching, and kicking.

That said, both martial arts have plenty of benefits and differences. This article will discuss and examine these fighting styles to ensure you choose the most suitable one for your needs. For some individuals, Taekwondo may be more appropriate.

While Kung fu and Taekwondo are incredibly similar, they have some differences. Yet, these distinctions don’t make them better than the other. Instead, it’s their characteristics that make them unique. If there were no differences, they would be the same. Yet, they’re not.

Next, we’ll go over each difference and why it makes these martial arts unique and intriguing. If you’re having difficulty choosing which one you want to learn, read carefully, as it may assist you in choosing one.

Taekwondo is more focused on kicking.

Many martial arts have a primary technique they focus on most. For instance, Boxing teaches us to punch effectively. Well, Taekwondo isn’t as different from Boxing.

In Taekwondo training, you’ll learn to kick effectively. However, most schools don’t teach their trainees other fighting techniques because they follow martial art religiously. As a result, one shouldn’t expect to learn grappling or punching techniques in Taekwondo.

Eventually, you’ll learn more techniques in Taekwondo, such as punching. However, you’ll mainly focus on kicking effectively since it’s the primary skill in this fighting style.

That’s the main difference between Taekwondo and other martial arts. The fighting techniques and movements you’ll learn matter most. For instance, if you don’t want to focus on learning to Box, don’t choose to study Boxing rather than other fighting styles.

The origin of martial art says plenty about it. Although you may think it doesn’t matter, the movements one learns are based on their basis. For example, many Japanese martial arts resemble each other. Therefore, the country or region from which the fighting style comes may suggest the movements its trainees will learn.

While Taekwondo originates from Korea, Kung fu originates started in China. As a result, both martial arts will be fundamentally different. For instance, Kung fu involves various grappling techniques constructed back when it was first created. Such movements exist to this day.

Knowing this distinction between the two may not influence your choice at all. However, it may grant you additional knowledge to make a wiser choice.

Eventually, my pursuit is for you to enjoy the art of fighting as much as possible. Accordingly, I feel that knowing the fighting style’s origin may positively influence your decision.

Many people prefer learning a variety of fighting techniques. As a result, being more dynamic- comes naturally. Now, why does that matter? To put it simply, the more moves you know, the better you can react to more dangerous situations.

Kung fu includes a variety of fighting techniques, such as grappling, kicking, punching, and submissions. As a result, reacting to more self-defense or other dangerous situations- is more manageable than Taekwondo, which usually involves one fighting technique.

Learning more doesn’t usually mean being better in today’s dynamic world. Because of that, some may argue that focusing on a single technique is better. Although I’m afraid I have to disagree with these people, there’s a quote from Bruce Lee that summarizes this topic perfectly.

Eventually, it would help if you did your thinking. If you want to learn various techniques, which I believe to be better, Kung fu is more suitable. However, Taekwondo usually teaches a single method, which is kicking.

While most traditional martial arts involve some spiritual exercises, Kung fu does it best. If you’re familiar with the group of Shaolin monks, you’ll know what I mean. They’re a group of individuals who live monastically since they’re real monks.

Kung fu involves many meditation exercises which benefit the trainee plenty. For instance, meditating will better your mental health tremendously. Additionally, reducing stress and being calmer are natural consequences of the activity.

I recommend following the link to read more about this topic since it may change your mind in favor of Kung fu. In addition, I wrote articles about Shaolin monks and the benefits of Kung fu.

We went over the distinctions between Kung fu and Taekwondo. Although they’re different, they’re incredibly similar. They both serve similar purposes and are suitable for all types of people. Although I won’t mention it, everyone can benefit from both martial arts since they provide plenty of benefits to their trainees.

Kickboxing, for instance, isn’t traditional. Instead, it’s a modern fighting style. However, that doesn’t mean it’s worse than Karate or Judo. Instead, it provides different values and other benefits for the trainees.

If you ever walked alone at night and stumbled with fear and concern, you experienced the natural cause of having potential danger around. Well, the solution to that is relatively uncomplicated; Having the means of defending oneself.

In today’s world, knowing self-defense is crucial. If you know to fight, you can ensure your safety. Taekwondo and Kung fu are suitable for learning to fight and self-defense. As a result, if that’s your desire, it’ll be best if you study one of them instead of other useless martial arts.

Is Taekwondo effective in a real fight?

Some people hesitate to begin practicing Taekwondo since they believe, or others have told them that it’s not effective in real fights. Next, we’ll examine why that may not be the case.

Taekwondo is effective in a real fight because you learn to kick correctly and fiercely. As a result, you can use such a technique to defend yourself. Kicking is a fighting movement commonly used in martial arts since it’s as effective.

Frankly, many people don’t understand the fundamentals of Taekwondo. Of course, you’ll learn to punch as well. Yet, kicking is the primary movement every Taekwondo trainee will learn to perform as best as possible. Consequently, using such actions for real fights- is a part of the job.

I’m a big fan of both martial arts. However, while Taekwondo has its benefits and advantages, Kung fu has been one of my favorites. Unfortunately, I have never practiced Taekwondo. Yet, Kung fu is one of the main fighting styles I did and still practice. Because of that, I know what you can expect from learning it.

Taekwondo and Kung fu are incredibly similar. Yet, they have various distinctions which make them unique. Each fighting style brings its own identity to the table, and therefore learning one of them- is a wise choice.

Knowing self-defense- is meaningful in today’s changing world. You may be carrying a weapon on you. Yet, it may not suffice, and thus practicing martial art may be critical to ensure one’s safety.