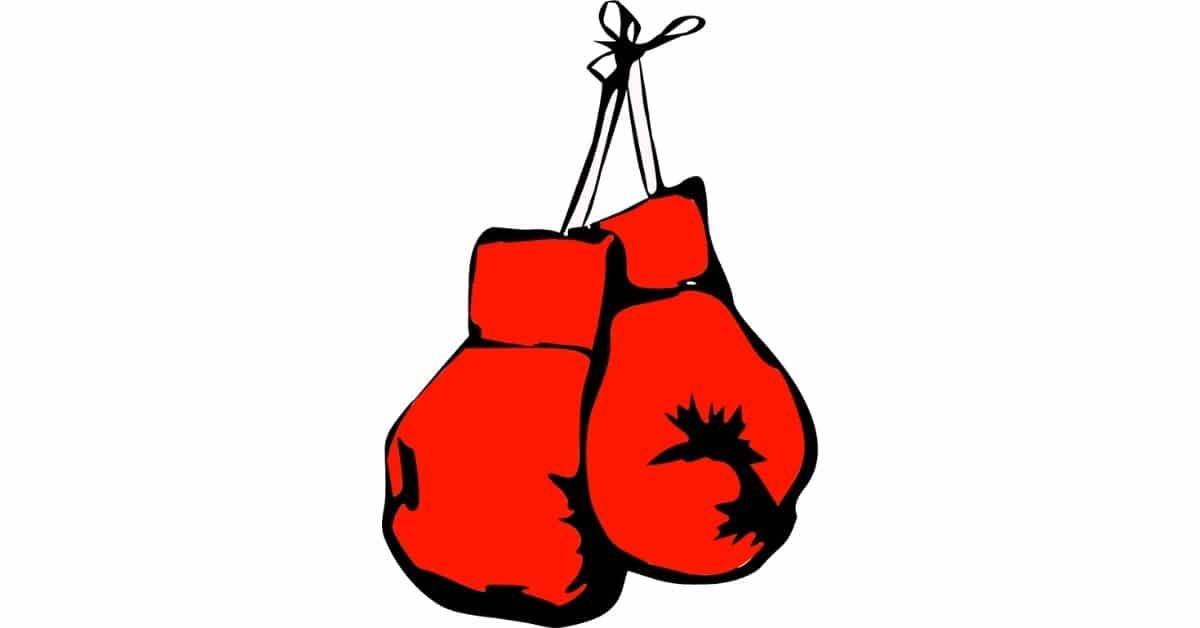 Boxing is one of the best martial arts worldwide. Yet, it doesn’t merge well with some fighting styles. Because of that, knowing which martial arts combine with Boxing; is valuable information.

Jiu-Jitsu and Judo are the best martial arts to combine with Boxing because they complete Boxing’s lacking. As a result, one will become a complete fighter by combining them. For instance, Judo satisfies grappling techniques- Boxing lacks.

Should you do Boxing and combine it with another martial art? Will that be useful, or should you focus on a single style. Next, we’ll dive into this topic to find out everything about this topic.

Before we jump in, I’ve seen success training Boxing at home with essential gear. I bought this punching bag by Everlast– (Amazon) and these MMA gloves. They allowed me to progress outside of training.

Can you mix martial arts with Boxing?

Learning two martial arts may assist you in becoming a complete fighter. However, some combinations don’t add any value whatsoever. As such, by doing them- you won’t gain any benefits. Boxing is a fantastic martial art to merge with another.

Boxing is suitable to mix with martial arts because it lacks fundamental techniques. As a result, learning them in another fighting style will better your skillset. For instance, Boxing lacks grappling techniques, and therefore combining it with Wrestling is suitable.

That said, many fighting styles don’t mix well with Boxing. For instance, merging Muay-Thai with it will not provide additional value. As a result, one must understand the appropriate combinations to maximize results.

To understand the appropriate combinations, one must comprehend what Boxing lacks. As a result, you’ll be able to complete it with another fighting style that involves such a technique.

Also, we can think of it the other way around. For instance, we can complete another martial art that Boxing can finalize. Because Boxing is highly effective in striking movements, let’s examine which one misses punching.

Jiu-Jitsu doesn’t incorporate any striking movements. As such, Boxing can provide plenty of value when mixing them. The opposite is true. Boxing lacks any grappling or ground maneuvering techniques. As a result, Jiu-Jitsu compliments Boxing.

I’ve done Boxing for a couple of years now. I can say with complete confidence that it lacks various movements. I’ve had trouble learning grappling and other techniques because I stuck myself in a Boxing mindset.

That said, I became a solid fighter from training in it. Thus I recommend everyone who wants to learn to fight to do it.

Overall, this combination is one of the best. Many UFC fighters merge both fighting styles to create a dominating record.

Judo is a martial art that utilizes grappling and throwing your opponent to the ground. Today, it’s an Olympic sport, and many people learn it. Additionally, elite fighters use Judo techniques to gain an advantage over the opponent. Yet, it’s not enough.

Judo lacks a fundamental movement- and that’s striking. One cannot expect to dominate his competition by using just Judo. As a result, most fighters combine it with another martial art.

Boxing combined with Judo creates a lethal merge. Because both lack a fundamental movement, we need to complete it. Surprisingly enough, they’re a perfect match. Because of that, fighters who learn to use both of these martial arts are unstoppable.

I wrote an article on the best martial arts combinations for MMA. Although these posts are both similar, I recommend you to read it as well, as it provide insights.

Additionally, because both Judo and Boxing are effective fighting styles for self-defense, combining them is even more practical. If your goal is to become a better fighter, you’ll also improve your self-defense skills. As a result, mixing these fighting styles will create an unstoppable skillset.

People use various combinations to create a better fighting style. Think of the number of opportunities you have from knowing these two martial arts.

For example, you’ll be capable of throwing a powerful punch to raise your opponent’s guard. As a result, he’ll be distracted. Now, you can charge in to close the distance. Such an action will create an opportunity for you to win the match.

Additionally, you can use anything your creative mind thinks. As a result, the number of potential moves you can create is unlimited.

From my experience, this is the best combination for fighting. By knowing to mix both martial arts, you’ll become positively capable. That’ll allow you to beat more extensive and powerful opponents than yourself. Such a trait is highly desirable. So, what’s Jiu-Jitsu, and how does it fuel Boxing?

Jiu-Jitsu is a martial art that utilizes maneuvering your opponent to force him to submit. Additionally, you’ll learn grappling techniques. Because Boxing lacks such movements, Jiu-Jitsu favorably compliments it.

When you combine both martial arts, you’ll notice you’re unstoppable. Not only are you capable of grappling your opponent, but you’re also capable of attacking and defending. As such, you can cause massive damage to your competition quickly.

Additionally, most people don’t expect to get hit when they’re on the ground. The best time to throw a punch is when the person doesn’t expect it. If you can force your opponent to lower his guard- using various Jiu-Jitsu techniques, you own the advantage.

That will allow you to use the Jiu-Jitsu techniques you trained to ensure you’re on top. You may get hit while closing the distance. However, you’ll put yourself in a much better position than your opponent.

A fantastic combination is a jab followed by a grapple.

When you throw a jab, not only will you cause some damage- but you’ll also distract your opponent. As a result, you’ll close the distance without the risk of getting hit. The opponent will have his guard up because he expects additional punches from you. However, you’ll do the opposite and close the distance.

As a result, you’ll be capable of grappling your opponent with ease. As such, you’ll have the advantage over the fight with ease.

Jiu-Jitsu and Boxing have other combinations that merge well. As a result, if you’re proficient in both of these martial arts, you’ll be a solid, well-rounded fighter.

Boxing- is one of the deadliest martial arts worldwide. I wrote an entire post about that, and I recommend you check it out. Training in Boxing will make you a solid fighter. You’ll know how to get punched and not move an inch.

Such a trait is highly desirable amongst fighters. Many martial arts lack the training to teach their practitioners to get hit appropriately. However, Boxing includes such exercise, and you’ll utilize that.

Overall, Boxing is suitable for self-defense and street fights. As a result, one can use it for all purposes. Boxing has many benefits, including better physical shape and better mental health. (Source)

Mixing Boxing with other martial arts is wise. It’ll make you a complete fighter. However, I don’t recommend doing so if you’re a beginner. Instead, you’re better off focusing your attention on a single fighting style.