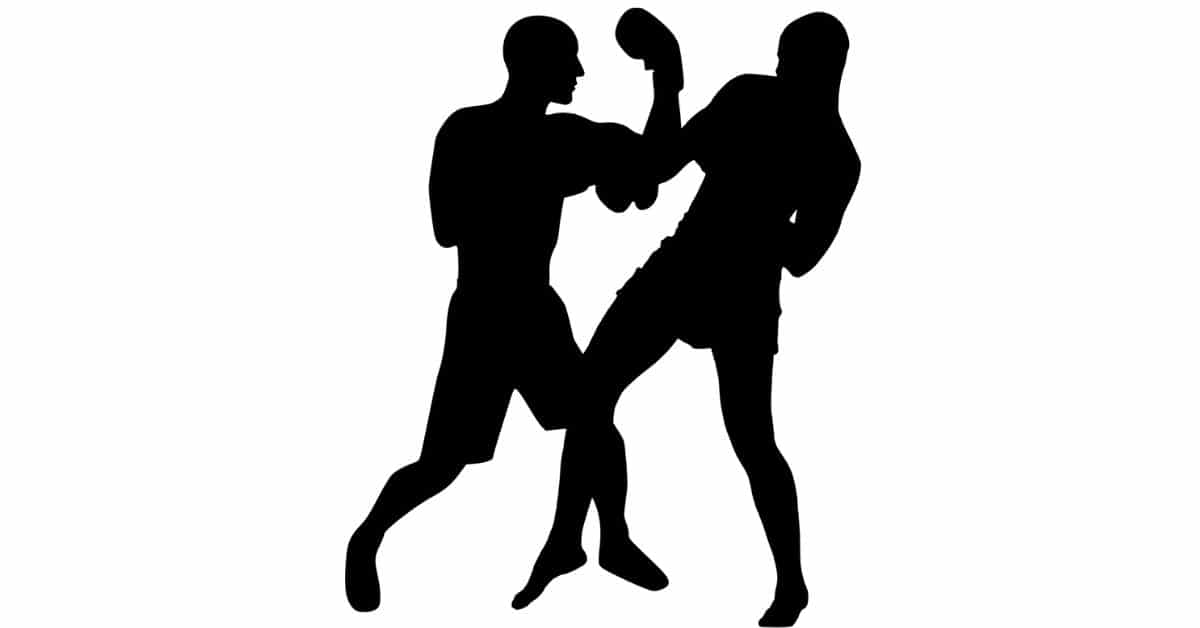 Boxing is one of the oldest, most widespread, and most celebrated fighting styles worldwide. Because of that, it gained a reputation as a solid martial art. However, some may suggest that it’s not an actual martial art. So, is it? If so, why is that?

Boxing is a martial art since it matches the criteria of all martial arts- hence it’s a combative system made to teach people effective fighting techniques. Moreover, trainees can learn it for self-improvement, as a sport, or as a means of self-defense.

Additionally, some of the best fighters in history came from a background in boxing. Because of that, we can interpret that it teaches valuable techniques meant for fighting and self-defense.

I’ve been doing boxing for the past 3-years or so. As a result, I know what to expect from the early training phases. While most martial arts are complicated and take time to learn, boxing isn’t. In fact, you can understand its basics in under a month. Later, using it for self-defense- will come naturally.

This article will demonstrate whether boxing is a martial art. Additionally, if it is, what are the reasons for that. Later, we’ll examine if it’s suitable for various purposes, including street fights and self-defense.

Before jumping in, I have written a complete guide if you want to learn martial arts at home. However, practicing at home- will lead to plenty of issues along the way. Thus you ought to avoid them before they appear in your way.

Why is boxing considered a martial art?

To answer this question, we must return a bit. Whether you like sports or fighting, martial arts will suit you. Such arts provide numerous mental and physical benefits. Because of that, learning one- is valuable.

Boxing is a martial art because it’s a combative system that also functions as a sport. As a result, one can learn it for self-defense or any fighting purpose, which is a martial art. For clarification, boxing is the most popular platform for martial arts worldwide.

But again, some may argue that boxing isn’t a martial art since it’s not a traditional one. Well, that’s inaccurate for two primary reasons. So let’s go over them and thus prove that it’s indeed one.

First, because boxing is a combative system, it’s a martial art. One may learn it for self-defense or any fighting purpose. Therefore, not considering it a fighting style- is wrong.

Moreover, boxing goes way back in time. The first glimpses rose inside the Great Pyramids of Egypt. Because of that, it has plenty of history (even more than most martial arts), and thus it’s a traditional fighting style.

Boxing is one of the oldest known sports today, with 2,000-year-old depictions on the walls of tombs in Egypt and stone carvings indicating that Sumerians—who lived in what is now Iraq—boxed at least 5,000 years ago. Boxing got its start as an exhausting and brutal spectacle.

Lastly, boxing is an incredible sport that has plenty of history. Therefore, it’ll be unwise not to call it a martial art for the 3-reasons I mentioned in this section.

Is boxing suitable for self-defense?

Martial arts, at their core, originated to teach people fighting techniques and self-defense. As a result, the majority are suitable for self-defense and other fighting purposes. This section will demonstrate why boxing is adequate for such purposes.

Boxing is suitable for self-defense because it teaches its trainees effective fighting techniques, and it makes them solid fighters that can take a hit without moving an inch. As a result, one who uses boxing techniques for self-defense- will find them incredibly suitable.

Many of the training you’ll go through will include drills where you get hit constantly. Hence you’ll get used to seeing punches get sent toward you. My goal isn’t to scare you. In fact, it’s the opposite- enthusiast you for your future.

Since you’ll be getting hit plenty of times, you won’t be afraid to get into fights and close the distance between you and the attackers. As a result, you’ll become capable of causing massive damage quickly and swiftly. For instance, many single punches can disable a hostile with low effort and the correct technique.

Self-defense is all about disabling the attacker as fast as possible. Hence if you can disable the unfriendly in a few punches, you’ll come out on top. Boxing precisely teaches us to do so while remaining simple and easy to learn.

Are martial arts the same as boxing?

Many may get confused over these two terms since they’re relatively broad. Consequently, you may be unsure whether you should learn boxing since it might not be the same as martial arts. So let’s dive deep into this matter.

Boxing and martial arts are the same since boxing is a combative system made to teach people self-defense, which is the definition of martial art. Additionally, it’s a sport with a professional platform, which means skill levels exist.

Eventually, learning it will provide countless mental and physical benefits, such as increased confidence and self-esteem. Such traits are highly desirable, and thus practicing any martial art- is valuable and practical for today’s world.

If you’re looking to train at home and save plenty of money, I wrote an article on the 3-most effective ways you can learn boxing. I recommend reading it since it correlates closely with this article.

Should I learn boxing?

Learning any fighting style is the wise call if you’re looking to better yourself, both physically and mentally. However, if you’re not, any sport won’t be fitting. So, should you study boxing?

You should learn boxing, as it’s suitable for self-defense and self-improvement purposes. Most people are looking to better themselves using a sport or a self-help platform. Hence martial arts will provide that platform so you can learn to fight while improving your well-being.

As you can tell, studies back my claim, and many more exist that add more information. As a result, it’s undoubtedly a platform for self-improvement, and therefore everyone should begin learning boxing- or any other fighting style.

Moreover, boxing is incredibly simple and easy to learn. Because of that, you can grasp the basics after a couple of sessions. Thus you’ll be able to use the techniques you’ll retain after that period, which is superb.

Martial arts are a suitable platform to better yourself mentally and physically. For instance, trainees can experience anywhere from better self-confidence and self-esteem to improved endurance. Consequently, learning them- is incredibly wise.

Boxing is a superb martial art since it teaches many effective and practical fighting techniques- capable of causing massive damage quickly. For instance, it’s not uncommon to disable an attacker with a single hook.

I’ve dedicated a portion of my life to studying the art of boxing. Thus I know what you can expect from the early training phases. Once you grasp the fundamentals and have reached a suitable level, you can continue learning more complex techniques, such as various combos. That’s when the process becomes more enjoyable.