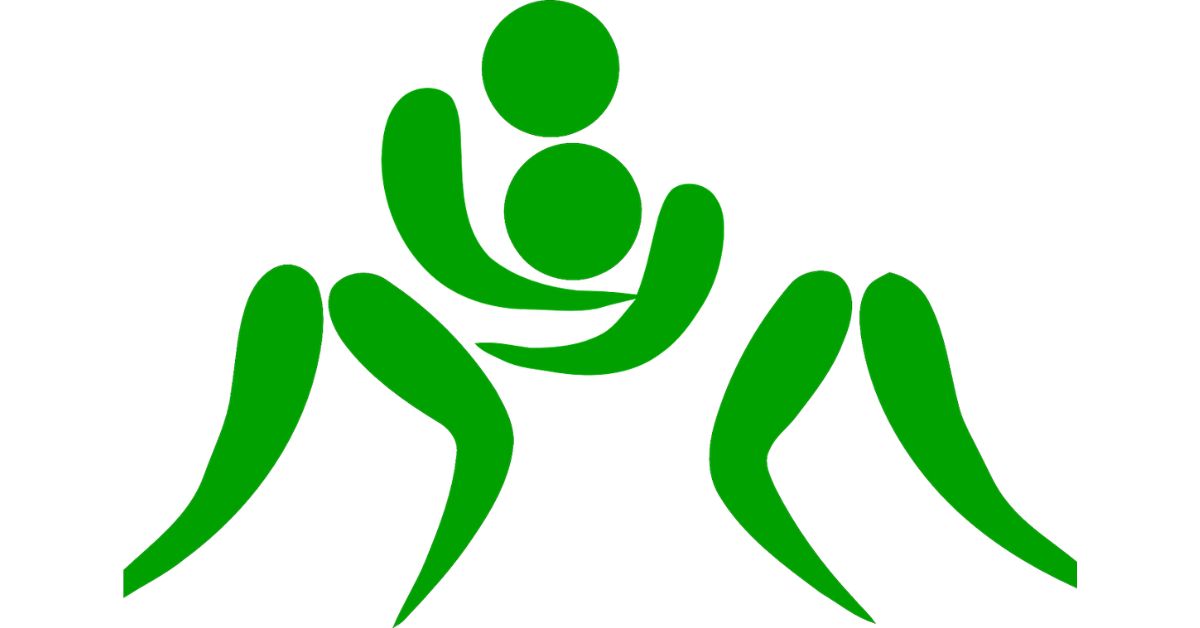 Leg locks are a fundamental fighting technique- useful in real life. As a result, if you know to grapple and leg locks properly, you’ll be capable of beating many people in a fight, as most people don’t know the primary defense against grappling.

Leg locks are a fantastic way of beating an opponent in a short period. Moreover, most people don’t know how to stop you from successfully performing a leg lock. Because of that, this article will provide you with anything you need to know to learn the 5-best leg locks submissions.

This article will discuss these 5-leg locks and how you can perform them. Most people that are interested in grappling and submissions learn Jiu-Jitsu.

If you’re unfamiliar with Jiu-Jitsu, I encourage you to check the article I wrote.

So, let’s examine a typical leg lock and why you should learn such a technique. To remind you, it’s the best fighting movement you can perform since it allows you to disable anyone in under a few seconds. So, let’s dive in.

What is a leg lock

Today, many people want to learn fighting techniques that’ll allow them to know self-defense. Because of that, some may learn boxing and others MMA.

Nonetheless, there is one technique that most people don’t bother considering, as it’s not as shiny as punching or kicking.

A leg lock is a form of grappling which creates pressure on a particular body part to inflict massive damage quickly. Leg locks specifically are the use of your legs to create pressure on your opponent’s weak points, such as the ankle, knee, and even the toe.

Eventually, if you know how to use leg locks appropriately, you can beat anyone in a street fight in under a few seconds. Yes, all it takes is a few seconds.

Although boxing and other martial arts, such as Judo, may be shinier than grappling and leg locks, it’s critical to understand how powerful leg locks may be. In fact, most people don’t know how to defend against leg locks, which makes it more valuable to know.

Next, we’ll examine the 5-best leg locks techniques you should learn. Additionally, each section will also include an instructional video. Thus if you want to learn how to perform these techniques, consider giving these videos a watch.

All of us have twisted our ankles at some point in our lives. Now, imagine your opponent forces you to tap out as the opponent twists your ankle in the same way you would twist it if you had walked over a rock.

The estima lock is the twist of one’s foot sideways and not in the front and back directions, as the sides will cause more pain and thus force the opponent to tap out. Moreover, using the estima lock has been controversial in numerous competitions.

When discussing professional grappling competitions, you must obey the rules so everyone will remain safe and without permanent damage.

Nonetheless, real life isn’t about that. Instead, you want to cause as much as possible in self-defense situations. As such, if you can disable an opponent quickly and swiftly with an estima lock, then by no means go for it.

However, the estima lock has been controversial and deemed illegal in some competitions. If you can twist your opponent’s ankle, you win the fight 100% – both in a sparring session and real life.

The heels are another pressure points of ours that we can use to force an opponent to tap out rather quickly. Because of that, the heel hook is one of the most widely used grappling techniques globally.

The heel hook is a leg lock that requires you to lock the person’s heel and twist it. As a result, you’ll inflict massive amounts of pain and may cause injuries. As such, be careful not to cause permanent damage to the opponent.

First, I’ll include a video demonstrating how to perform the heel hook. Next, I want to mention that this channel is one of the best for learning basic leg locks and other grappling movements, such as chokes.

Next, I want to emphasize how dangerous the heel hook can be. The distance from tapping out to injury- is extremely close. Because of that, when performing the heel hook or otherwise when you notice somebody else performing it on you, ensure you look out for permanent damage.

Thus tap out as soon as you notice that your opponent is ready to execute a heel hook on you.

Additionally, the heel hook is a fantastic way of inflicting massive amounts of damage on an opponent quickly; hence it’s suitable for self-defense.

Like the previous 2-leg locks, the knee bar is one of the most widespread grappling techniques in Jiu-Jitsu. As such, learning it will give you plenty of utility to tackle fights.

The knee bar creates pressure inwards toward the knee to cause massive damage. Causing permanent damage to the knee bar is possible; thus, you should be careful when practicing or executing it on your partner.

However, if you’re in a dangerous scenario, I encourage you to go as far as causing damage to the attacker’s knee to force one to surrender.

Additionally, the knee bar is simpler than most other grappling techniques. Consequently, you can learn it regardless of your belt color.

Defending against it is extremely difficult. As a result, people who never have done martial arts won’t be able to respond quickly enough to ensure they’re safe.

As a result, you can utilize that to ensure you have the upper hand in the fight itself.

As a result, the outside heel hook can be somewhat complicated but valuable. In a real fight, you can use it to finish in under a few seconds (assuming the opponent doesn’t know how to defend against it, which is more likely than not).

The hold is one of the most powerful techniques. In fact, in a real fight, if you can execute it, you’ll 100% win the fight.

The toe hold is a leg lock technique that allows you to create pressure on your opponent’s foot, forcing your opponent to surrender. The technique is more complicated than most grappling techniques, yet, its effectiveness is up there.

Numerous variations of toe hold are possible to execute. However, the primary one begins with an open guard. Then, you catch your opponent’s foot- locking it. Next, you’ll roll and get into the following position (which you’ll see in the following video).

As a result, you’ll be in a position to close the distance between your opponent’s foot and his body. The time is short until he’ll tap out. I encourage you to watch the following video explaining how to execute the toe hold appropriately.

How do you execute a leg lock?

To execute a leg lock, you must create pressure on one of your opponent’s weak points, such as the heel, knee, foot, toes, or any other part that’ll force the opponent to surrender. Additionally, all grappling techniques will take time to learn and execute properly.

Although I believe in learning before practicing, you won’t grasp the proper execution process of each leg lock before you try them yourself.

Therefore, I encourage you to practice them with a partner and then try them while sparring. Who knows, you may find them incredibly useful and practical.

What is a knee bar?

A knee bar is a group of leg lock techniques that create pressure on the knee. As you know, the knee is one of the weak points in Jiu-Jitsu. As a result, by assuming pressure on it, your opponent will be forced to surrender when you lock his knee.

Eventually, like all the other grappling techniques, they cause massive damage quickly. Because of that, if you inflict a knee bar leg lock on anyone, you’ll win the fight immediately and may even cause permanent damage.

Are leg locks legal in the UFC?

As a general rule, leg locks are legal in the UFC, with a few exceptions. For instance, if your opponent taps out and you don’t stop the submission, you’ll be banned from the UFC altogether.

Moreover, as we previously discussed, some leg locks, such as the Estima lock- got fighters disqualified. Hence before you compete, ensure you review the rules to see whether any grappling technique is banned.

Nonetheless, as a general rule, leg locks are completely legal in the UFC and Jiu-Jitsu.

Should you use leg locks?

Using leg locks is one of the more effective ways to finish a fight. In real fights, if you can execute any grappling technique, including leg locks, you’ll immediately win, as your opponent will be forced to surrender.

Moreover, most people don’t know how to defend against such an attack. Because of that, you’ll have the advantage if you can focus on finishing the fight that way.

Leg locks are a fantastic fighting technique, as they cause massive damage quickly. The only problem with them arises when you face a fellow grappling trainee.

However, for the most part, people don’t have to know the primary defense against leg locks or any grappling technique. Hence if you learn to use them appropriately, you’ll have no problem winning any fight whatsoever.

Finally, it would be best if you used leg locks because they’re effective. In fact, in my eyes, they’re more practical and suitable for fighting than punching and kicking. Yet, grappling isn’t as shiny as punching and kicking, which makes people less inclined to learn it.