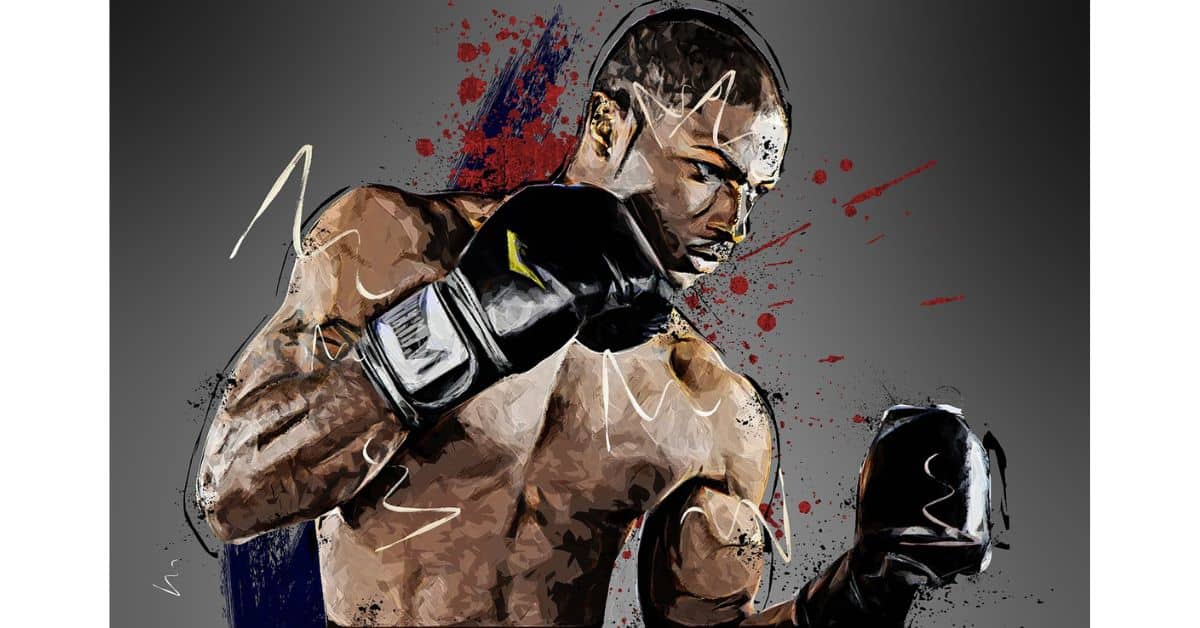 Today, boxing is a sport that many celebrities try to compete in. Unfortunately, for most, failure is inevitable. However, this article will discuss some of the best celebrity boxers worldwide.

Boxing is the most popular sport globally. Because of that, those who compete in it manage to increase their popularity and make plenty of cash. That fact alone is why most celebrities are attracted to boxing.

Vanilla Ice is the most popular since he was the first musician to bring pop to the mainstream stages. However, you may be familiar with KSI and Logan Paul, who competed and fought each other in a boxing ring not so long ago.

Eventually, these 5 people were all celebrities who tried boxing for the first time. But, mostly, they all gained unproportionate amounts of popularity and money from hosting events.

Nonetheless, it’s critical to mention that they’ve all worked hard to reach the state in which they’re today. As a result, some of them deserve their current status.

So, without further ado, let’s dive into our list.

First on our list is the YouTuber Logan Paul. He had had his troubles in the creators’ community for various reasons. Mainly, he filmed a censored video and published it in the uncensored version, leading to a decline in his reputation and popularity.

However, Logan Paul regained his place in the community by maturing and directing his content differently. He launched a podcast that sees plenty of success and is well-respected.

Logan Paul decided to have his place in the boxing community in 2019. Until then, he wasn’t considered a boxer but had some Wrestling background, which granted him the ability to learn boxing quickly and efficiently.

His first professional fight was against another YouTube named KSI. Following this section, we’ll discuss and examine the case of KSI and boxing.

However, a final word about Logan would be that the community respects his change. He matured so that he’s no longer considered that hateful, egotistical YouTuber. In fact, he found his place in the YouTube community and saw plenty of success.

Our second celebrity that tried boxing is a guy I used to watch when I was younger, KSI. Frankly, I love KSI. His humor has made my childhood more entertaining and easy to digest. Because of that, I owe my respect to him.

In 2018, KSI first tried boxing against another YouTuber named Joe Weller. Eventually, he swept him and received the trophy for the YouTube boxing champion. Then, Logan Paul was his second fight, resulting in a tie and thus preparing the world for the rematch.

KSI was the first YouTuber to bring YouTube boxing to the main stage. For that, he received gigantic amounts of popularity and views.

Eventually, as I mentioned, KSI was the pioneer of boxing on his platform. As a result, most people who wanted to gain more popularity from this trend called him out to fight them. Therefore, KSI was the main character in this trend.

It’s more likely that you’re familiar with Vanilla Ice than all the other celebrities on this list since he’s considered more popular.

Vanilla Ice is a singer that first brought pop into the mainstream by releasing a single named “ice ice baby,” which found great success in the music industry. Because of that, when he stepped onto the boxing ring, it was a celebrity of a high caliber- competing, making the fight more intriguing to watch.

Anyway, Vanilla Ice found his way into boxing in 2002. It was his first boxing match, and it came as a surprise to everyone.

However, he fought against Todd Bridges, which we’ll discuss next.

Nonetheless, Vanilla Ice performed as if he was performing at a concert. But really, it was a great match, and I recommend watching it.

Todd Bridges is an American Actor. Moreover, he was rather popular when he stepped in the ring with Ice in 2002. As a result, his name went out there, benefiting him.

Like Vanilla Ice, Todd Bridges stepped into the boxing ring when he was popular already. As a result, it showcased boxing in a different light, perhaps a more appealing light for the masses.

After this fight, celebrity boxing became a thing. Today, boxing is the largest platform for both celebrities and YouTubers to showcase their ability to fight. Eventually, everyone benefits; we are entertained, and they can increase their following and revenue.

My last pick for the best celebrity boxer is Jake Paul. Frankly, I don’t know his background as well as all the others on this list. Still, I find the Paul brothers make content that appeals to the masses, the primary reason for their popularity.

Jake Paul is a YouTuber that became a celebrity boxer after his brother, Logan, fought KSI. Eventually, he hopped on the trend to ensure his place on the popularity chain, a valid and understandable move.

Jake first fought AnEsonGiB, which he swept in the first round. As a result, people wanted to see him on the main stages- fighting better boxers.

Later, Jake found himself fighting Deji, KSI’s brother. Funnily enough, it was on the same day that Logan fought KSI. Hence we saw a rather entertaining 2-matches between 2 sets of brothers.

Frankly, Jake is the one boxer I can say that has truly dedicated himself to the long-term art of boxing, as he still fights other celebrities or fighters. Consequently, his popularity increased tremendously by giving him the platform to showcase his skills and dedication.

Throughout history, celebrities have solved fights and gained viewership through boxing fights.

Because of that, some fantastic pieces of content were broadcasted- these are the best celebrity boxing matches. So, let’s look at a few of them.

The first fight is KSI vs. Logan Paul. Essentially, it was a breakthrough for the YouTube community, which wanted to see more boxing between YouTubers.

Well, it’s no surprise that the Paul brothers and KSI jumped on the opportunity to increase their fame and yearly revenue. Well, to no one’s surprise, their viewership increased, and both celebrities received 2 fat paychecks.

The fight was watched by over 2.25 million live viewers, including over 1.05 million watching pay-per-view and 1.2 million watching illegal streams on Twitch. The official KSI vs Logan YouTube channel has received over 119 million views as of 15 June 2021.

Todd Bridges vs. Vanilla Ice was a breakthrough in the celebrity boxing industry. Eventually, Todd Bridges came out on top since he fought better. As a result, he ended up winning the fight. Additionally, both fighters gained plenty of popularity as a consequence of the event.

Todd Bridges, of “Diff’rent Strokes” fame, was similarly dominant against Rob “Vanilla Ice” Van Winkle, earning a couple of knockdowns on his way to a 30-27 decision — this despite Van Winkle employing MMA legend Tank Abbott in his corner.

Jake Paul vs. Deji was the same day as the Logan Paul vs. KSI fight. As a result, the Paul brothers gained incredible popularity since many highly anticipated the fights.

For your information, Jake Paul ended up winning the fight.

As you’re likely to have noticed, the Paul brothers shine when discussing celebrity boxing. As a result, they could generate tons of momentum that generated plenty of revenue and rise in fame.

This fight of Paul vs. Mayweather has been a fantastic one. Although Logan Paul is a drastically heavier weight than Mayweather, the fight ended in a draw. That said, Mayweather has more experience than Logan, and the boxing community considers him one of the best boxers in history.

Who is the most famous active boxer?

Boxers are incredibly famous because boxing is the most popular martial art worldwide. Because of that, the motive to get into professional boxing- is attractive. In fact, most celebrities who get into boxing instantly increase their popularity and revenue.

So, let’s examine which is the most famous active boxer globally.

Canelo Alvarez is the most famous active boxer currently in the world. In his career, he achieved numerous achievements, such as many middleweight championships. Alvarez still showcases his skills at 31 years old. Although at his peak, his future is ahead of him.

Álvarez is the first and only boxer in history to become undisputed champion at super middleweight, having held the WBA (Super), WBC and Ring magazine titles since 2020, and the IBF and WBO titles since 2021.

Earlier I mentioned that boxing is the most widespread martial art worldwide. Because of that, its competitors will make plenty of money, as many people constantly watch it, thus raising the fight’s value.

Alvarez made an estimated $85 million from his 2021 fights against Billy Joe Saunders and Caleb Plant.

Who is the fastest boxer of all time?

Boxing is a sport of will and hard work. Because of that, the more dedicated you are, the better you’ll be. As a result, some of the best boxers in the world are also the fastest because they are the most consistent.

Muhammad Ali is the fastest boxer of all time and one of the best boxers in history. Moreover, he’s known to be one of the fastest, as his dedication consistently exceeds that of his competitors. As a result, he became a leading figure in the art of boxing.

In the video, you’ll notice how well Ali’s skills are. As I mentioned, his sheer willpower and consistency exceed those of his competitors.

As a result, he became a well-known figure in the art of boxing- as the fastest boxer out there. Eventually, you can see in the video that his defensive and offensive games are top-notch. Therefore, he’s one of the most influencing boxers in the history of boxing.

Boxing is the most popular martial art. As a result, those who taste its sweet victory- also experience a rise in popularity and revenue.

Because of that, it’s not uncommon to see celebrities direct their careers as boxers rather than advancing their fields of work.

Take Logan Paul, for example, who started as a YouTuber and transformed his career to being a boxer while being a content creator.

Eventually, all of these celebrities brought more popularity to boxing. As a result, the sport itself became more and more widespread. But, on the other hand, boxing also sent fame to the celebrities themselves, as they attracted plenty of viewership.