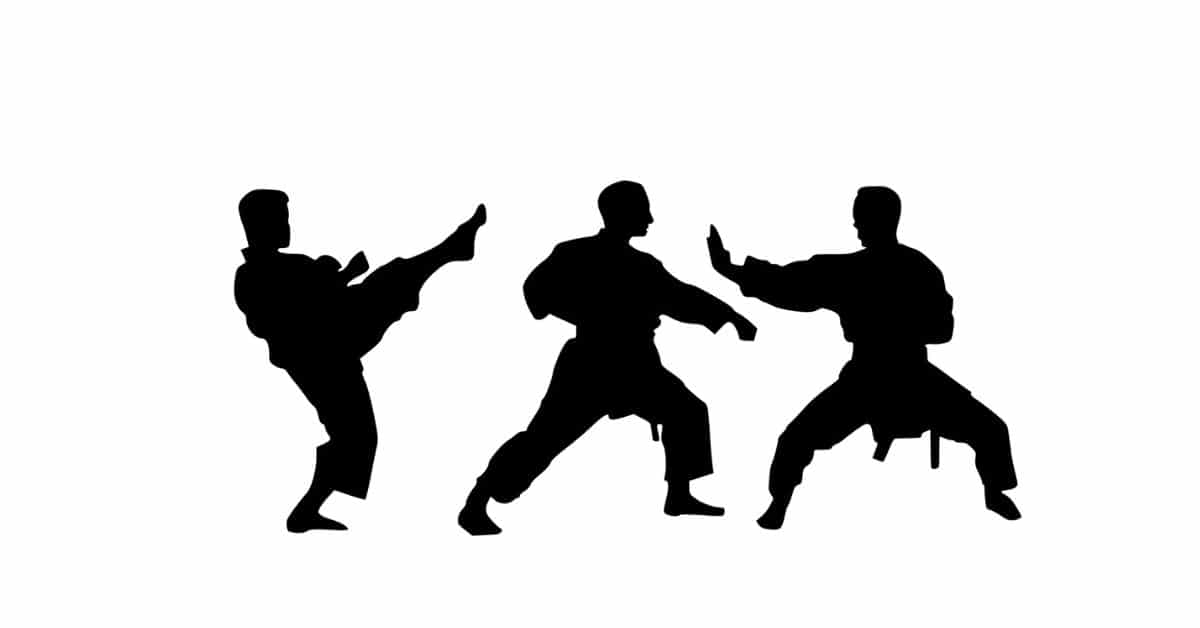 Today, many elite fighters use various techniques from different martial arts. Some of them use traditional martial arts to dominate their competition. An example of one is Karate. Let’s see whether it’s used currently in MMA and why someone would want to use it.

Elite MMA fighters use Karate in a variety of forms. Although it’s a traditional martial art, it teaches practical and relevant skills. As a result, one can use it to throw unexpected attacks on his opponent. That said, the fighters use a more mixed version of Karate.

While some don’t use it appropriately, some understand they need to use a mixed version. As a result, not only do the fighters surprise their opponents, but they’re also causing massive damage quickly.

Is Karate used in MMA?

Many fighters have seen success using traditional martial arts. Although some believe they don’t hold fighting value, they proved time and time again that they do. If they’re using it in the top-tier competitions, it must be practical.

Many MMA fighters use Karate to dominate their competition consistently. Because it holds practical value, they cause massive damage quickly. As a result, knocking out an opponent with a single Karate kick is plausible.

That said, many think martial arts is dance moves. Although that’s part of it, the essence of Karate was to teach the people of Okinawa self-defense. Because of that, we understand that the basic movements are ways of fighting. As such, they’ll be effective in MMA.

Furthermore, because their opponents aren’t familiar with ways to defend against Karate, attacking them with it will be effortless. Not only will they not expect such movements, but you’ll also cause massive damage.

Karate is more than just a fighting style; it’s an art. If you learn it, you’ll become a complete individual. Learning to fight will come with training, but you’ll participate in other more spiritual drills.

Because of that, learning Karate; will better both your physical and mental health. On the other hand, if you solely want to become a solid fighter, you may not experience similar benefits. For instance, Karate lowers violence and anger levels.

Eventually, fighters who are proficient in Karate are solid and well-rounded. They’re capable of inflicting massive damage in a short period. As a result, they dominate their competition with ease.

Is Karate a valuable martial art?

Learning Karate will provide plenty of benefits to its trainees. Because it incorporates the spiritual world, you’ll notice both physical and mental benefits. For instance, a study showed that doing Karate betters self-esteem and self-confidence. (Source)

Karate is a valuable martial art because it’s an effective fighting style and improves mental and physical health. As a result, not only will you learn self-defense, but you’ll also develop yourself. For instance, you’ll notice increased confidence and self-esteem.

If you want to read more about the benefits of martial arts training, I encourage you to follow the link to an article of mine.

Karate, in its essence, is a fighting style. It first started in Okinawa, which is an island in Japan. They wanted to train their population for self-defense. As such, they would defend themselves if something were to go wrong.

The people of Okinawa have seen success using Karate as a form of self-defense. As years went by, martial art evolved to what it is today. Many schools teach a variety of Karate forms. For instance, Kenpo is a deadly martial art that’s the American Karate style.

Furthermore, anyone can benefit from Karate. Martial arts are a form of self-help. In fact, a study listed the positive experiences trainees have said to have. The following quote shows that.

““Training in martial arts has been shown to alter experiences of control and vulnerability, self-esteem, self-concept, fitness, confidence, and relaxation

. As a result, some researchers characterize martial arts practice as a form of self-help” (Columbus & Rice, 1998).

Traditional martial arts’ purpose is to teach fighting. Consequently, it’ll be suitable for self-defense and MMA. Because of that, using various movements to broaden one’s skill set; is crucial to becoming a solid fighter.

Although most MMA fighters haven’t trained in Karate the martial art, Karate has influenced many techniques most elite MMA fighters MMA use. As a result, most of them know Karate in a sense. For instance, many fighters use the Reverse Punch move, which originates from Karate.

Because of that, we see plenty of Karate fighters dominating their competition. They’re using movements their opponents aren’t familiar with the defense. As a result, one can cause massive damage without having any resistance from the opponent.

I previously mentioned that Karate holds high practical value. Because of that, MMA fighters are using it to their advantage. These techniques are unheard of in this world. Now, because they’re effective fighting movements, they cause massive damage.

It’s a similar case with Jeet Kune Do. If you’re unfamiliar with it, it’s a martial art that Bruce Lee made to teach self-defense. As a result, it’s practical, and most fighters don’t know how to defend against these techniques. As a result, MMA fighters who use JKD are successful.

Examples of Karate fighters in MMA

Many UFC fighters use Karate to their advantage. They usually use it to catch their opponents off-guard, and that’s when they inflict massive damage. Because of that, Karate has been somewhat popular amongst MMA fighters.

The following list is of fighters who use Karate as their primary fighting style in MMA.

All of these fighters are highly capable, skilled individuals. As a result, they dominate their competition using the movements discussed in this article.

Because their opponents aren’t familiar with how to defend against Karate techniques, they penetrate their non-existent defense and thus inflict massive damage quickly. As a result, Karate is highly effective in MMA and all fighting sports.

The following video highlights the discussed fighters. I recommend you to watch it, as it’s highly insightful on this topic. You’ll notice the distinct techniques these elite fighters use to dominate their opponents quickly.

Overall, Karate is a practical and valuable martial art. Various MMA fighters use Karate techniques to surprise their competition and cause massive damage quickly. Additionally, they dominate their opponents and therefore get a name for themselves.

While traditional martial arts aren’t as practical as some current fighting styles, they’re not dance moves. Because of that, they provide value to its trainees. In MMA, these fighting styles transform the users into solid fighters.

The fighters who use Karate learn a variety of movements, including striking, kicking, grappling, and choking. As such, they can use them to beat an opponent quickly. If you’re interested in learning Karate, I recommend you to read an article on whether it’s suitable for self-defense.