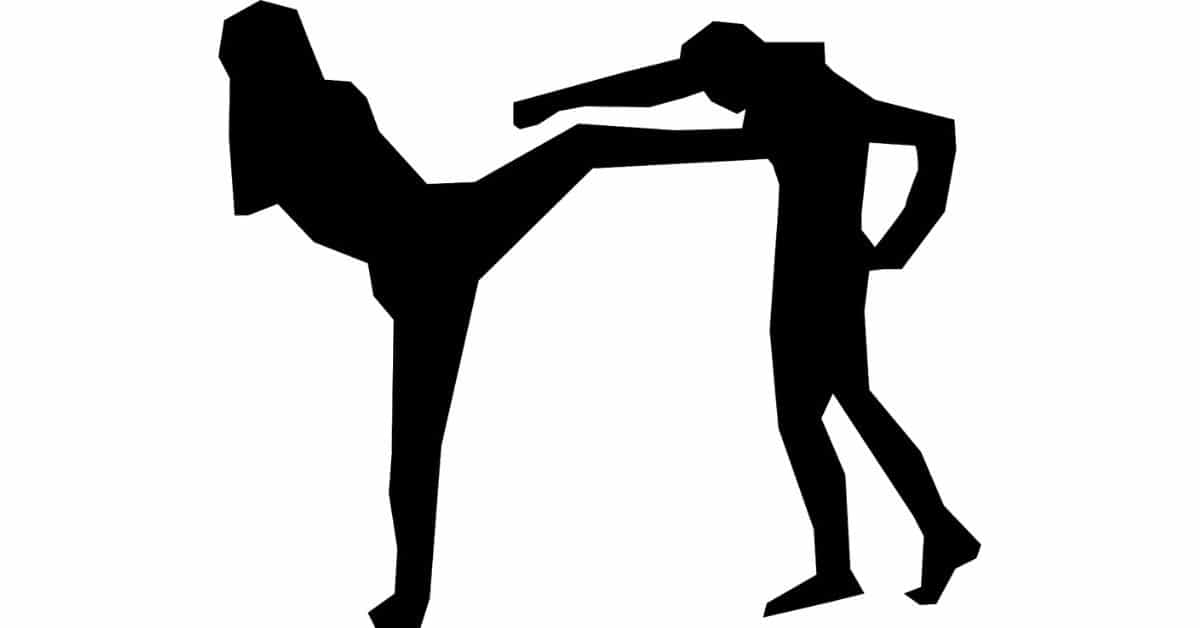 Doing martial arts is a fantastic way of learning to fight. However, street fights are different than fighting. You need to know a set of specific skills to become solid in them. Let’s discuss why learning one can be of value to dangerous situations, such as street fights.

Martial arts help in a street fight because training in one will prepare you for dealing with such scenarios. As a result, you’ll be able to react quickly and smoothly when it happens. For instance, in Jiu-Jitsu, one learns to maneuver around his opponent, an effective technique for self-defense.

Yet, street fights can be somewhat confusing and unpredictable. As a result, preparing for one is challenging and requires plenty of work. For that reason, if you are training in martial arts, knowing what to expect is crucial for ensuring you’re ready to respond quickly.

Some people are hesitant in starting their fighting journey. I would highly encourage you to read an article titled, the nine best martial arts for self-defense you should learn. It’ll deliver you various insights that may assist in your upcoming journey.

Do martial arts help in a street fight?

Knowing what you’re getting into when you begin to learn martial arts is crucial for matching your expectations. As a result, you won’t be disappointed when something goes wrong. Because of that, understanding whether martial arts help in a street fight is vital.

Martial arts help in street fights because training will teach you how to fight appropriately. Throughout your training, you’ll go through many drills that’ll put stress on you. As a result, you’ll get used to acting under pressure. Because of that, you’ll become more capable in a street fight.

Yet, some are better than others for such purposes. What if you can skip various lessons you learn in other styles that you don’t want to know. While it’s not that wise, you can do it. In fact, if you choose a martial art that focuses on street fighting and self-defense, you’ll become a solid fighter in that realm.

Because of that, we’ll go over the best fighting styles for self-defense and street fights in the following sections. However, you must understand that every fighting style has pros and cons. As a result, to learn one, you must accept the art in its entirety. That way, you’ll progress faster and quickly.

Can a martial artist beat a street fighter?

Although I’m on the side of martial arts, I may pass on this question. Assuming both fighters are similarly qualified, the win will go to the street fighter. Yet, there’s much more than fighting when talking about martial arts. Because of that, answering that question; is demanding.

As a whole, the street fighter will win- considering they’re both skilled because that’s his training. As a result, his sole purpose will be to learn how to fight better in street fights. On the other hand, the martial artist focuses on the spiritual and physical realm. Hence he’ll be less qualified.

I wrote a post on a similar topic of this issue, and I highly recommend you to read it if you want to read more. Shaolin Monk VS UFC Fighter; who would win?

Before we continue, owning gear is crucial for progressing outside of training. Two products have helped me, and I encourage you to buy them- a punching bag by Everlast and these MMA gloves.

Overall, there’s no straightforward answer to this question. It’s challenging because both operate from different worlds. That said, I believe- the martial artist has more than the street fighter.

How can I win in a street fight?

Today, self-defense is a rising trend. Many people want to know how to use fighting to protect themselves. As a result, self-defense systems, such as Krav Maga and MMA- are getting traction. Because of that, some are interested in learning such fighting styles.

The path you should take to win in street fights; is to learn a self-defense system, such as Krav Maga and MMA. Because such styles are suitable, practical, and effective to street fights, you’ll become capable of winning. Yet, many other martial arts will assist you in street fights, such as Karate.

That’s pretty much it. There isn’t a tip I can give you that will make you instantly win every street fight. Honestly, if you’ll face a person who knows self-defense or any martial art, you’ll have a much more challenging time beating him. Read more about the difference between martial arts and fighting by following the link.

Because of that, the route you ought to take is becoming proficient in a fighting style. That way, you’ll be able to win many street fights by using the techniques you’ve learned.

Today, most martial arts are relevant for self-defense. Other than Tai chi and Qigong, you’ll be solid. Today, fights can be unexpected. Because of that, you must know to adapt to any given scenario. As a result, learning a more dynamic martial art, such as mixed martial arts, is wise for dealing with street fights.

Knowing which martial art is best for the purpose you want to accomplish is crucial. That way, you’ll be able to choose more wisely. As a result, you’ll progress faster and with guaranteed consistency. Here’s the best martial art for street fights.

Mixed Martial arts or MMA is the best martial art for street fights because of its dynamic nature. Today, you need to adapt because situations can vary. As a result, learning an adaptive fighting style is crucial. For instance, MMA combines many techniques from different arts.

Yet, many other fighting styles fit that criterion. Kickboxing, Judo, Jiu-Jitsu, Muay-Thai, and Boxing- will all be suitable for street fights.

Yet, I must note that martial arts, in their essence, are fit for self-defense. For that reason, learning every style will provide you with techniques and movements- you can use to protect yourself.

I wrote an article on the best martial arts for street fights you should learn. I highly encourage you to read it as it has some solid insights that’ll help you decide.

Overall, knowing which fighting styles are the best for street fights will assist you in deciding which one you want to learn. Additionally, martial arts are fantastic for dealing with street fighting. Their origin was to train people to know self-defense. As a result, they’ll still be relevant.

I would highly encourage you to learn mixed martial arts as it’s one of the best styles you can train. It’s dynamic and will provide you with plenty of benefits, such as lower stress and aggression levels. (Source) Additionally, it’ll boost your confidence and be a form of self-development.