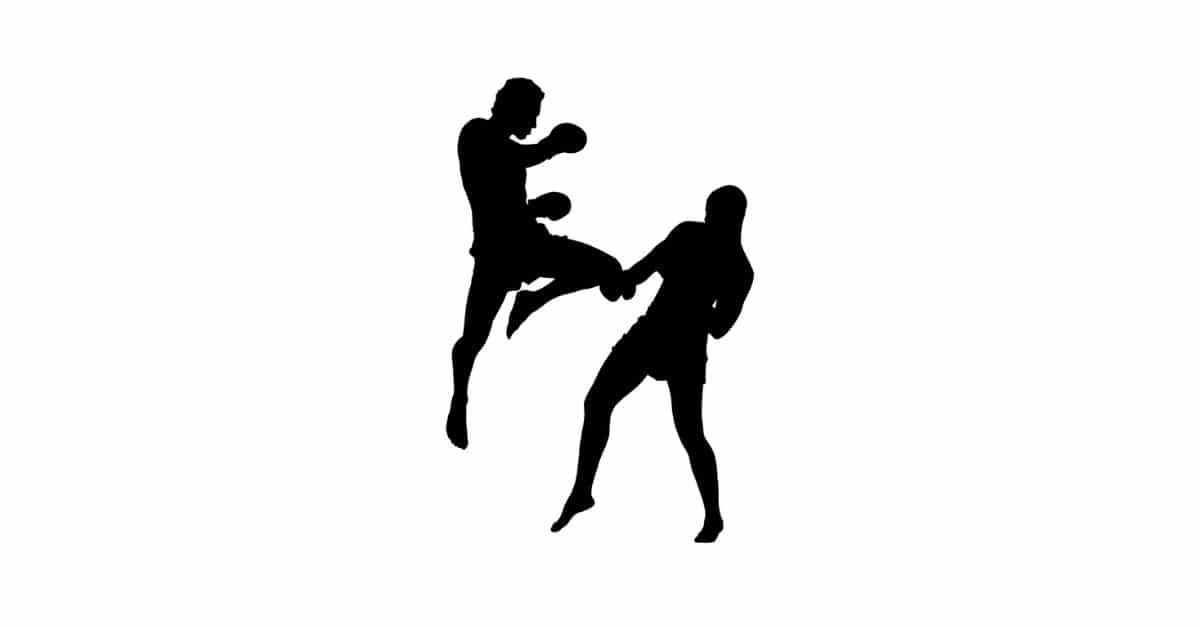 Learning martial arts will provide various benefits and is suitable for many pursuits, one of which is street fights. Specifically, many people learn Brazilian Jiu-Jitsu or BJJ for street fights. Let’s look into the reasonings of why it is as effective as it is.

BJJ is effective for street fights since it teaches valuable and practical techniques to disable an opponent quickly. Moreover, these movements are suitable for dealing with opponents significantly larger than you; these are grappling techniques.

Jiu-Jitsu is one of the best fighting styles one can learn both for self-defense and as a sport. It provides numerous mental and physical benefits that will improve your well-being.

This article will demonstrate and explain many aspects of BJJ. Additionally, it’ll examine the reasonings behind my claims that it’s effective for street fights.

Before jumping in, I wrote an article on how often you should do BJJ. If you’re a beginner or even a more advanced trainee, I highly recommend reading it, as it’ll aid you in avoiding overtraining.

Most martial arts teach valuable techniques specifically for self-defense and general fighting. As a result, one can use these movements to win in street fights. However, is BJJ the same?

Eventually, you may desire to learn another martial art, such as boxing or kickboxing, since they include punching and kicking. Although these movements seem more practical for street fights (don’t get me wrong, they’re practical), grappling brings a new value to the table.

For instance, most people don’t know defense movements against grappling techniques. Because of that, you’ll have an effortless time disabling them in such positions.

The following video is proof that such techniques work for street fights. In the video, you’ll notice the officer can control the hostile using techniques he learned in Jiu-Jitsu training. Unfortunately, as a result, the hostile doesn’t know any defense mechanisms against such attacks.

In fighting and martial arts, your weight matters. The style may influence the amount of force you can physically generate in your punches or kicks. Nonetheless, we must be ready to fight other people more significant than us in street fights.

Brazilian Jiu-Jitsu teaches movements to deal with bigger opponents. As a result, one can utilize them to ensure one’s not being overwhelmed by an attacker bigger than the Jiu-Jitsu trainee. For instance, many grappling submissions don’t require as much force to execute.

Frankly, if you desire to beat a larger opponent than yourself, it’ll be best if you don’t stick with the traditional advice of punching and kicking. Instead, it’ll help if you take the route of grappling-focused martial arts, such as Judo, Jiu-Jitsu, and Wrestling.

Eventually, knowing how to come out victorious in such situations- is critical, as you can’t possibly know which attacker or opponent you’ll fight next. Thus preparing for the worse- is vital for ensuring your safety and success.

One of the best aspects of grappling techniques is that they can quickly finish opponents. When you’re in a locked position against an opponent, it’s a matter of seconds before the opponent “taps out”; or in real life, goes unconscious.

Brazilian Jiu-Jitsu teaches grappling techniques and movements- capable of disabling a person in mere seconds. As a result, you can finish off street fights relatively more quickly than other martial arts provide. For instance, it’ll take more than 5-seconds to finish a fight using punches.

I want to share another video that demonstrates exquisitely how grappling techniques assist us in disabling an opponent incredibly quickly.

If there’s a single martial art that teaches the best techniques, it’s Jiu-Jitsu. Overall, if you desire to learn practical, valuable, and effective grappling- suitable for self-defense, street fights, and even as a sport, BJJ is for you.

Will BJJ help me in a street fight?

The 3-previous reasons I mentioned demonstrate why BJJ is as effective as it is for street fights. However, they may not be enough to convince you. Well then, let’s take a look at yet another reason.

Brazilian Jiu-Jitsu will help you in street fights since it teaches you valuable grappling techniques to quickly disable an opponent with relative ease and effectiveness. As a result, you can use these movements to finish fights and ensure your and others’ safety fast.

Overall, learning any martial art will have a similar effect. Yet, when it comes to grappling, most people don’t know any defense movement to counter your doings. As a result, it’ll be incredibly manageable to land chokes and grapples on most people, especially those involved in street fights.

Is BJJ suitable for self-defense?

Before answering that question, what metrics make a fighting style suitable for self-defense? If a martial art teaches techniques that allow you to quickly and effectively disable an opponent coming on you, it’s effective for self-defense.

Brazilian Jiu-Jitsu is suitable for self-defense since it teaches grappling techniques, which are incredibly effective in disabling an opponent in seconds. Moreover, most people are unfamiliar with the grappling techniques’ primary defense mechanisms, making it even easier to use them.

Even if your opponents were to know basic defense mechanisms against grappling techniques, it would still make it incredibly difficult for them to defend against your means constantly. As a result, grappling stays at the top of the list of the most effective techniques for self-defense.

Some argue that learning to punch and kick holds more meaning than knowing to grapple since it’s the shiny aspect of fighting. However, punching isn’t as effective since finishing a street fight with a single punch is incredibly difficult. Additionally, most fighters know to defend against such means so they may be less effective in many street fights.

Should I learn BJJ?

Frankly, if you have reached thus far in this article, BJJ is for you. Now you’re familiar with why Jiu-Jitsu is as effective as I mentioned initially, and you’re also interested in many aspects of it. Thus it’s a match.

You should learn Brazilian Jiu-Jitsu if you’re interested in learning a practical martial art that teaches effective grappling techniques- suitable for fighting and as a sport. In addition, practicing BJJ will grant you many benefits, such as increased confidence and self-esteem and lower stress levels.

Eventually, it’s up to you to decide whether you’re willing to invest effort, sweat, and tears into a martial art. You’ll have the best time studying and practicing its techniques while improving yourself physically and mentally.

All participants initially displayed symptoms of PTSD, which significantly reduced over the course of the study. Participants report that the therapeutic benefits of BJJ practice include assertiveness, self-confidence, self-control, patience, empathy, empowerment, improved sleep, and mindfulness.

As you can see, these traits are all incredibly desirable amongst people who desire to improve themselves. As a result, if you can learn to fight while bettering yourself in many of these metrics, wouldn’t you jump on the opportunity?

Brazilian Jiu-Jitsu is a fantastic martial art- suitable for everyone who desires to learn an effective fighting style. Today, elite fighters use Jiu-Jitsu to dominate their competition using effective grappling techniques.

Nonetheless, you can learn Brazilian Jiu-Jitsu without worrying that you won’t know any functional movements- since you will. As a result, investing your effort and time into training will yield positive outcomes in the future.