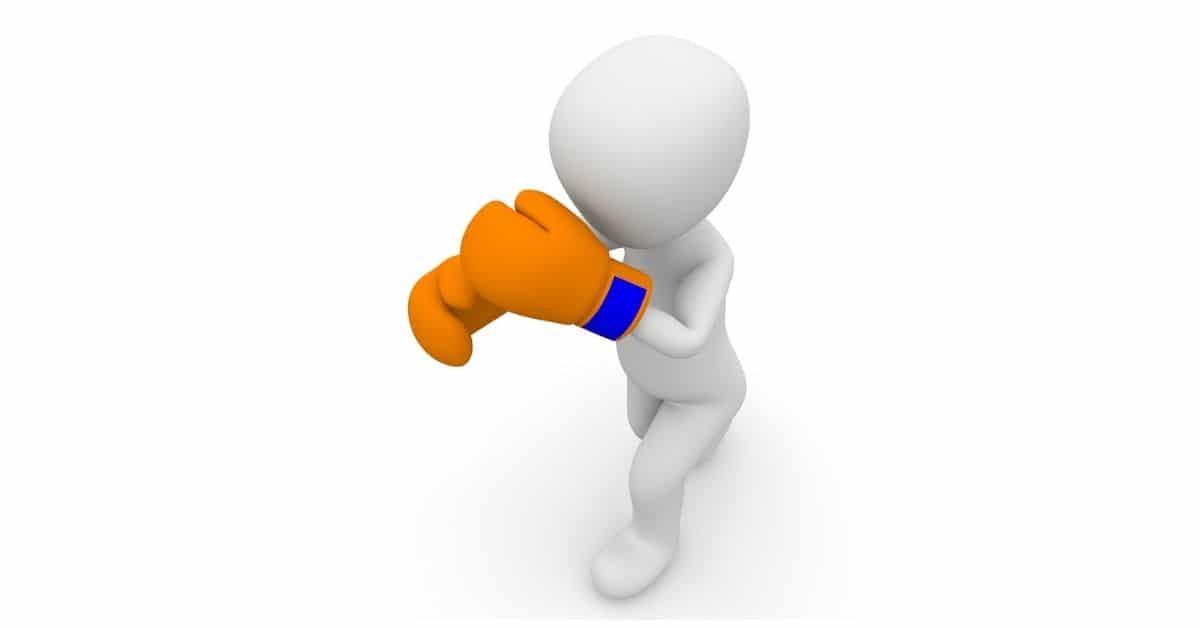 Today, there’s a variety of martial arts. As a result, some may get confused over the number. For example, one may wonder whether Boxing is suitable for self-defense?

Boxing is suitable for self-defense because it teaches its trainees a variety of strikes and punches. Moreover, the training toughens the practitioners by forcing them to get hit. Thus using these techniques- will allow Boxing trainees to win in self-defense situations.

Boxing will teach you a variety of relatively uncomplicated fighting techniques. These will allow you to use them in actual dangerous situations and, as a result, defend yourself when you need them.

This article will demonstrate the benefits of the martial art, which is Boxing. If you’re anything like me, you want to study self-defense and become capable of using it in an actual situation. If you’re anything interested in Boxing, I highly encourage you to read this post as it may change your entire perspective on this topic.

Is Boxing good for self-defense?

Some may wonder whether the infamous sport, a modern martial art, is suitable for self-defense. To answer that, it’ll be best if we understand how the fighting style works and why it is as prevalent as it is.

Boxing is effective for self-defense since you can use the techniques you’ll learn (punching in various forms) as fighting mechanisms. It’s not uncommon for Boxing trainees to use such movements to beat their opponents quickly and smoothly.

Boxing is the most prevalent platform for martial arts. In fact, it’s more popular than the UFC for MMA. Consequently, it had to receive its popularity from some source. Well, the uncomplicated answer to that question goes as follows;

Boxing is as prevalent in today’s world because it’s efficient and entertaining to watch. Nobody would care to watch its matches if it weren’t practical for self-defense. Yet, it’s the most widespread martial art throughout the world. Consequently, it’s one of the most effective and uncomplicated ones. Thus it appeals to a broader audience.

I’m a big fan of Boxing. I studied it for a couple of years throughout my military service. Hence I know what it takes and what to expect from training. I am capable of throwing devastating punches, but I can also get hit without moving an inc. That’s because of the harsh training I went through.

Such abilities and benefits come from tough Boxing training. Therefore, using them for real self-defense will come naturally with training.

Is Boxing effective in street fights?

For a martial artist to be influential in street fights, one must involve various techniques to hit and dodge the opponent’s hits. Because of that, many fighting styles fail to deliver and therefore aren’t adequate for such situations.

Boxing is effective in street fights because it teaches its trainees both offensive and defensive moves. As a result, Boxing trainees can both hit powerfully and dodge immensely. For instance, you’ll learn to use footwork to avoid the opponent’s hits and thus gain an advantage.

Like other martial arts, Boxing is modern. However, unlike traditional martial arts- which aren’t as updated in today’s world and hence are not as effective for self-defense, Boxing is modern. Therefore, various individuals constructed it to be a suitable fighting style for the modern world throughout the years.

Because of that, various traditional martial arts, such as Kung fu and Karate, aren’t as practical for today’s constantly changing world. In that case, learning them for the sole purpose of knowing self-defense- is unwise.

The primary aspect that’ll lead to an ineffective response in street fights– is fear and hesitation. If you’re scared of moving forward, you won’t become capable of closing the distance between yourself and the attacker.

Consequently, beating the opponent becomes implausible if you’re incapable of closing the gap. Boxing teaches you and trains you to respond quickly to said situations and thus closes the gap between the attacker and yourself. Martial arts schools do that by forcing you to deal with fearful situations and getting hit often.

Boxing is effective for street fights since you’ll learn both offensive and defensive techniques while not being afraid of moving forward since that’s what you learned in training.

A jab is a punch with a weak hand. Usually, it has no momentum that comes from the foot itself. Instead, the force comes from the hips and shoulders. As a result, it’s not as powerful as the next move, the straight punch.

The jab won’t usually be the move that causes the opponent to fall. Instead, it’s a technique that weakens the opponent’s mental situation by catching one off-guard. Consequently, mastering it- will assist you in winning various dangerous situations.

A straight punch is a strike that’s force comes from the hips, shoulders, and feet. Consequently, it’ll be more potent than the jab and may force the opponent to concede. Often, you execute the straight punch with your dominant hand.

Honestly, the Hook is my favorite. More often than not, Boxing knockouts happen with a powerful hook being thrown by the leading contender. Additionally, it’s instrumental in street fights since one can finish a fight quickly and thus remain safe.

A hook is a strike that generates its force from the hips, shoulders, and feet. It’s a side-punch and, therefore, not straight. Usually, elite Boxing fighters can throw the Hook with both hands. As a result, it’s both viable and valuable.

The uppercut is a hit that’s thrown from the bottom up. Essentially, it’s a punch that generates force when the fighter begins below the opponent’s face. Consequently, it creates plenty of power quickly enough to cause an immediate knockout.

The uppercut is exceptionally challenging to hit. Eventually, one may lose one’s leading position by trying to land an uppercut. Such a place makes the fighter vulnerable and thus capable of losing the fight when the opponent utilizes the situation.

For plenty of other championship coaches and me, footwork is as essential as the ball to basketball. You must know to use footwork to become a better fighter. It becomes especially critical in street fights to avoid fatal hits from the attacker.

Boxing has plenty of benefits one can enjoy. Usually, they’ll include both mental and physical benefits. If you’re interested in reading more about them in-depth, I encourage you to follow the link.

Primarily, Boxing will boost one’s confidence and teach you fighting techniques that you can later use in self-defense. As a result, defending oneself with the movements you’ll learn in Boxing training is reasonable, but it’s also the natural consequence of your workout routine.

It’s important to note that all benefits will come with time. I mentioned the critical ones that one might desire the most. Yet, there’s plenty more, and if you want to know what they are, I encourage you to follow the previous hyperlink. (It’ll lead you to another article of mine)

One of the primary benefits of Boxing is its suitability for self-defense. You’ll become capable of using the techniques you’ll learn to knock out attackers and opponents quickly. Because of that, it became precious in the eyes of many martial arts enthusiasts.

I have practiced Boxing for the past couple of years. Because of its nature, using it in real situations is natural. Thus more people became interested in learning modern art.

Using a Hook to knock an opponent quickly becomes second nature when you throw it enough times. With enough sweat, tears, and blood, you’ll become capable of using said techniques to win fights and thus use self-defense quickly.

Various martial arts will often take a couple of months to learn. Consequently, it takes an incredible amount of dedication and willpower to study the basics.

Boxing is uncomplicated, and therefore, one can learn it in numerous sessions. You’ll become capable of using the techniques you’ll learn in real fights after a brief period. As a result, it appeals to more people, and thus, it’s as widespread as it is.

Boxing is uncomplicated, and thus, more people can learn it without an incredible amount of dedication and willpower. Yet, that’s not all. By practicing Boxing, one can gain various mental health benefits, which many people desire and work incredibly difficult to receive a portion of.

Boxing will increase your confidence and self-esteem, reduce stress and anger, and make you calmer. Although that sounds all pink, it comes with sheer dedication and consecutive training. Unfortunately, as a result, most people won’t experience said benefits since it takes incredible commitment.

According to a study by Harvard, the following are the benefits one can expect after a period of consecutive Boxing training (Source)

This article demonstrated why Boxing is suitable for self-defense and street fights. However, many think it’s not as effective as a martial art and a fighting system since it doesn’t involve other fighting techniques.

For instance, MMA includes grappling, kicking, choking, and striking. So you learn everything out of everything. Although that may force you to lose concentration and thus become capable of using them less effectively, you’ll have a broader skillset in dangerous situations.

However, the opposite is true. For many, Boxing is a fantastic martial art that teaches them to fight appropriately. Additionally, it provides plenty of mental health benefits, such as confidence and other valuable gains. Consequently, there’s no losing by doing Boxing.