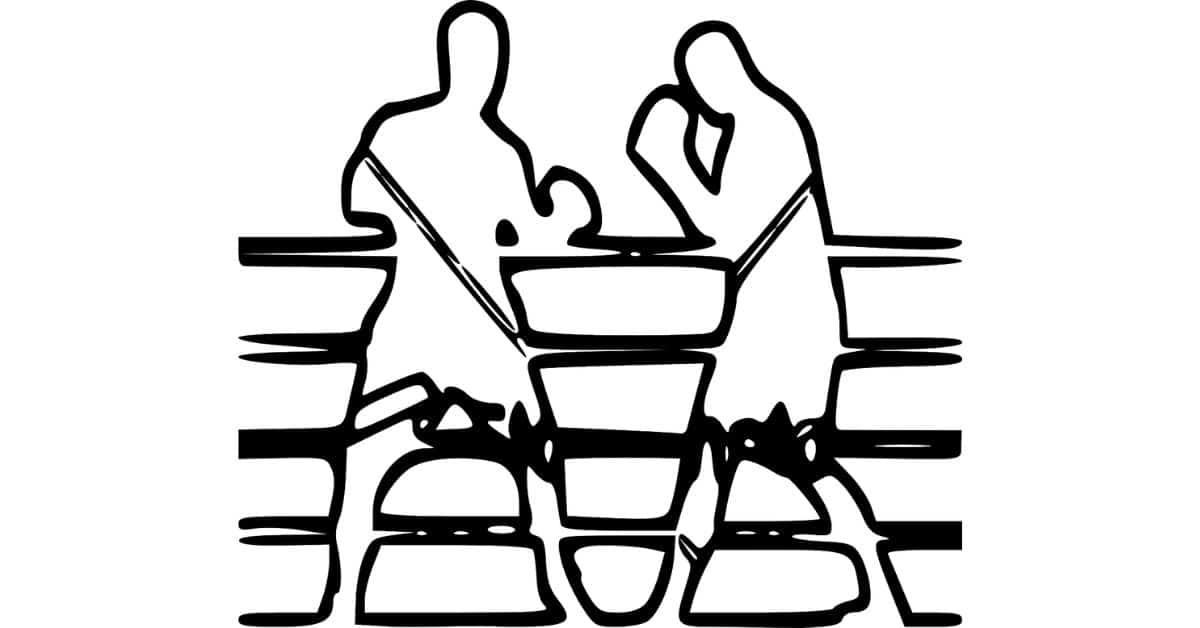 Today, there’s a variety of martial arts one can learn. But, some are more dangerous than others. Therefore, you may be unwilling to participate in such a sport since you don’t want to get hurt. Additionally, you may want to sign your children to martial arts and are wondering which one is the safest. Well then, is boxing safer than BJJ?

BJJ is safer than boxing since it doesn’t include any sparring that involves punching. As a result, Jiu-Jitsu trainees will face fewer injuries in their training. On the other hand, BJJ training involves various drills that, if you’re not careful enough to the opponent’s “tap out,” you may cause damage.

Yet, that shouldn’t bother you if you sign up for a qualified Jiu-Jitsu school. Nonetheless, with boxing, you won’t be capable of avoiding the use of punches while sparring. As a result, many boxers face injuries in their training. Therefore, it’s not as safe as Brazilian Jiu-Jitsu.

This article will demonstrate and examine various factors that concluded me with the previous bolded answer. If you’re unsure of which one to learn, I encourage you to read this article, as it provides excellent value in this matter.

Which is more dangerous, BJJ or boxing?

If you desire to send your kids to learn martial arts, knowing which one is the safest- is critical for their safety. Nonetheless, if the fighting school is qualified and high-quality, it will ensure their safety regardless of the fighting style it teaches.

Boxing is more dangerous than Brazilian Jiu-Jitsu since it includes sparring sessions where the trainees use punches to knock on one another. As a result, a variety of common injuries may occur if the training is unwatched or not stopped at the right moment.

On the other hand, Jiu-Jitsu may also be unsafe if the training is unwatched. Many BJJ techniques cause the other person to fall unconscious. As a result, if the opponent doesn’t tap out when he feels his limit, it becomes unsafe.

But again, I want to mention that every high-quality martial arts school won’t let that happen since they know when to cease the training. So if someone gets hurt, an immediate stop will occur and thus become a safe environment.

This study examined the injury rate and spots in professional boxers’ environments. As a result, you can see which are the most common ones.

Should I learn BJJ or boxing?

Two options arise if you’re looking for the safest martial art to learn. The first is that you’re looking to learn one yourself and are unwilling to get hurt too often, which is entirely valid. The second option is that you want to send your child or any other relative to martial arts training. Here’s what you should do.

If you’re looking for a safe martial art, BJJ is for you. If you’re unfamiliar with it, it utilizes ground grappling techniques, which are effective for self-defense to disable an opponent quickly. On the other hand, if you desire to learn a simple martial art, consider boxing- which utilizes punching.

The previous section generalized these two martial arts since there’s no other option. I cannot recommend a fighting style for you to practice if I’m unfamiliar with your personal goals and desires.

However, I can confidently say that you’ll become a solid fighter by doing both martial arts. Additionally, they’ll provide numerous mental and physical benefits, such as increased confidence and self-esteem and lower aggression and stress levels.

The safest martial arts don’t include a variety of fighting techniques, such as kicking or punching. They don’t have as many risky sparring sessions, such as boxing or kickboxing. If you’re looking to learn a safe fighting style, you’ll most likely learn grappling techniques, which are even more effective than the first techniques.

So, how come they’re safer if they involve more effective techniques? Briefly, if the martial art does include punching and kicking movements, the rate of injuries increase- especially in a fighting style that embraces sparring and fighting.

On the other hand, if it includes grappling, you can still spar by remaining relatively safe since you’ll be removing many possible injuries, such as the face, hand, wrist, and eye. So here are the two safest martial arts you should learn.

One of the most outstanding martial arts is Judo. You may be familiar with its current Olympic state, which makes it well-known to most people. However, you may be uneducated about the techniques you’ll learn in its training.

First, why is it as safe as I claim it to be?

Because Judo solely incorporates throwing grappling techniques, the possibility of any injuries caused by punching or kicking, which we previously mentioned, diminishes. As a result, it’s safer than most traditional martial arts.

Additionally, it’s incredibly effective for self-defense. In fact, it’s one of the primary styles elite fighters use to dominate their competition and quickly disable an opponent. Because of that, I encourage you to look further and consider learning it- if you desire to study a safe martial art.

Now, the techniques you’ll learn are a variety of grappling techniques, which help you quickly disable an opponent, even if one’s more significant than you. As a result, these techniques are incredibly effective for self-defense and fighting.

Another incredibly effective martial art- suitable for self-defense and overall fighting, is Jiu-Jitsu. We discussed it extensively in this article, so I’ll shorten my words on it. However, all the information I’ll include in this section is valuable, and thus I encourage reading it.

Brazilian Jiu-Jitsu is the sport itself, the martial art- that is Jiu-Jitsu. Today, more versions of it, such as GJJ (Gracie Jiu-Jitsu), exist. Now, BJJ is incredibly effective for self-defense while remaining relatively safe compared to other martial arts, such as Muay-Thai.

BJJ doesn’t involve any punching or kicking. Therefore, similar to Judo, the chances of many injuries, such as hand, wrist, or face, decrease. However, eventually, every martial art has some risks involved. Therefore, it’ll be best if you’re ready for some injuries, which are less likely in Judo and BJJ.

Finally, all martial arts have some risks involved in them. As a result, some are more dangerous than others. For instance, Muay-Thai is unsafe compared to Judo and Jiu-Jitsu. Because of that, if you want to avoid injuries, consider learning one of them.

Boxing is riskier than BJJ since it includes sparring sessions involving punching, which may cause hand, face, eye, and even head injuries. As a result, the injury rate is higher than in other martial arts, which involve grappling movements, such as BJJ or Judo.