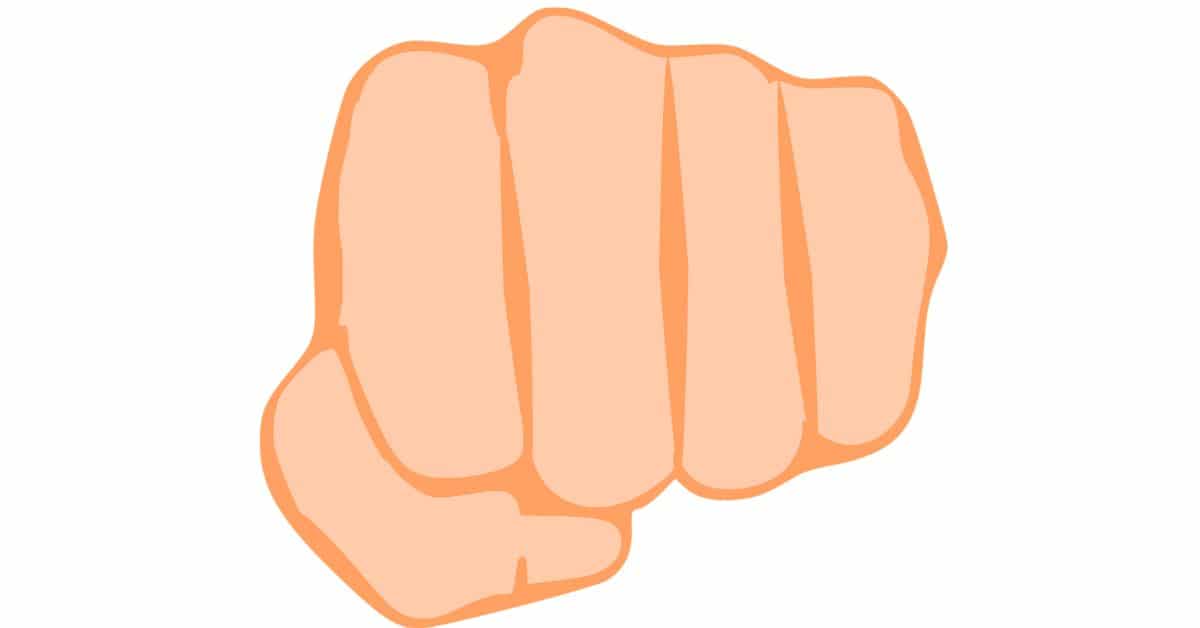 In many martial artists’ eyes, Jiu-Jitsu is the most effective martial art because of the fighting techniques it teaches. It mainly utilizes ground grappling movements, which allow you to beat an opponent with a single technique. Nonetheless, does Jiu-Jitsu teach striking?

Many people that don’t do martial arts will think that punching is the best technique you can learn and master for self-defense. However, that’s not as accurate as they think. In fact, grappling is the most effective move you can learn for such a purpose, as anyone can use it effectively.

However, if you want to practice a self-defense system that teaches all of these techniques, I encourage you to study Gracie Jiu-Jitsu (GJJ). In it, you’ll learn both punching and ground grappling, which makes for a fierce combination.

Following this, we’ll discuss whether Jiu-Jitsu is a striking sport or if it includes punching. Additionally, we’ll go over whether you should learn Jiu-Jitsu.

Is Jiu-Jitsu a striking sport?

Some striking sports include boxing, kickboxing, and Muay-Thai. If you fancy learning how to box, choosing one of them as the martial art you’ll learn- is wiser. Nevertheless, some Jiu-Jitsu schools also teach it. Well, is it a striking sport?

Jiu-Jitsu isn’t a striking sport since it focuses on ground grappling techniques, such as the triangle choke. Because of that, if you’re interested in studying striking, you ought to choose another martial art, such as Muay-Thai. However, some Jiu-Jitsu schools will teach you striking, as you can use it in real life.

I do want to mention that striking isn’t as effective as you may think. Today, many movies include striking scenes, as they’re most exciting. However, the case is different in real life. If you’re interested in disabling the opponent as swiftly as possible, going for a triangle choke is better than a hook.

With ground grappling techniques, you can disable anyone in seconds. Moreover, you can use it regardless of size. Still, striking and kicking may come useful in some scenarios. Thus being familiar with it and using it when it’s the best choice- will make you a more complete fighter.

What techniques does Jiu-Jitsu teach?

If you’re about to study Jiu-Jitsu, knowing what you’ll learn- is critical. Because numerous martial arts exist in today’s world, you want to choose the most suitable one. As a result, staying consistent- becomes effortless, as you’ll enjoy the training.

Jiu-Jitsu’s main focus is ground grappling techniques exclusively. However, some Jiu-Jitsu schools, such as Gracie Jiu-Jitsu- focus on making you a dynamic fighter. Hence you’ll learn to strike, punch, kick, and grapple. Nonetheless, Jiu-Jitsu is the art of ground grappling, which is the most effective movement.

If you want to learn to strike appropriately, Jiu-Jitsu isn’t for you. Instead, learning other styles, such as boxing or kickboxing- is more suitable. However, ground grappling techniques are the most effective ones. In fact, you can finish a fight by landing a single move on your opponent.

For instance, in BJJ competitions, the opponent can tap out when he surrenders. However, in real life, your goal is to disable the attacker as fast as possible. Now, by using grappling techniques that include choking, you can force your opponent unconscious in seconds with a single technique.

Does BJJ include striking?

Brazilian Jiu-Jitsu or BJJ is a leading martial art. Moreover, it’s a worldwide sport and thus more people began learning about it throughout the world. Because of that, more and more qualified BJJ schools are opening as we speak. But, some people will want to study punching; so does BJJ include striking?

BJJ doesn’t include striking, as it focuses on ground grappling techniques exclusively. As a result, BJJ trainees won’t learn any punching or kicking. Nonetheless, in a real dangerous scenario, using any technique- you can land- is wise. Thus some BJJ schools will include short striking classes.

As much as I fancy movies that include exciting fighting scenes that involve punching, these are just movies. In real life, striking won’t be as effective on people who know to fight. Instead, other techniques, such as grappling and even kicking- are safer to use.

If your opponents know basic fighting defense, your punches will most likely not cause as much damage. Instead, if you can land a ground grappling technique, such as a triangle choke, you’ll come out on top. Finishing a fight in seconds using Jiu-Jitsu techniques- isn’t uncommon.

Should I learn Jiu-Jitsu?

Learning any martial art- is a wise choice since it teaches you valuable life lessons. Many people will think that the sole lesson you’ll learn is to fight. However, studies have proved time and time again that studying martial art will drastically improve your well-being. So, should you learn Jiu-Jitsu?

Learning Jiu-Jitsu is a wise choice since you’ll learn to fight while gaining physical and mental benefits, such as improved confidence, self-esteem, and even better mental health. Additionally, you’ll learn to fight appropriately and fiercely, which is the central reason for people beginning their martial arts journey.

But, don’t take my word for it. Here’s a study that was constructed on individuals with PTSD. Eventually, through BJJ training, they were able to improve their well-being and decrease the effect PTSD had on them.

All participants initially displayed symptoms of PTSD, which significantly reduced over the course of the study. Participants report that the therapeutic benefits of BJJ practice include assertiveness, self-confidence, self-control, patience, empathy, empowerment, improved sleep, and mindfulness.

As you can see, the traits that the participants achieved are incredibly and highly desirable. Moreover, they attained such traits while learning to fight. Can you imagine going through the same process yourself? If you desire these improvements, I encourage you to begin your Jiu-Jitsu journey as soon as possible.

Today, many people think that punching or striking is the one fighting technique they should learn, as it’s the most effective one. However, movies only show punching because it looks the best. In the real world, striking may not get you as far as you may think.

As a result, learning more effective moves, such as grappling- is critical for becoming the best fighter. Jiu-Jitsu utilizes ground grappling, which essentially is maneuvering your opponent while on the ground and causing him to surrender. Hence if you can successfully land a grappling technique, you’ll win the fight.

Some Jiu-Jitsu versions, such as Gracie (GJJ)- teach striking. As a result, if you desire to study the art of Jiu-Jitsu while learning many fighting techniques, including punching and kicking, consider learning Gracie Jiu-Jitsu (GJJ).

If there’s a single piece of advice I’d like you to implement after reading this post, it’s to begin training as soon as possible. Whether you want to study punching or any other technique, it doesn’t matter as much right now. Instead, if you begin studying as soon as possible, you’ll start to reap the many benefits martial arts offer.