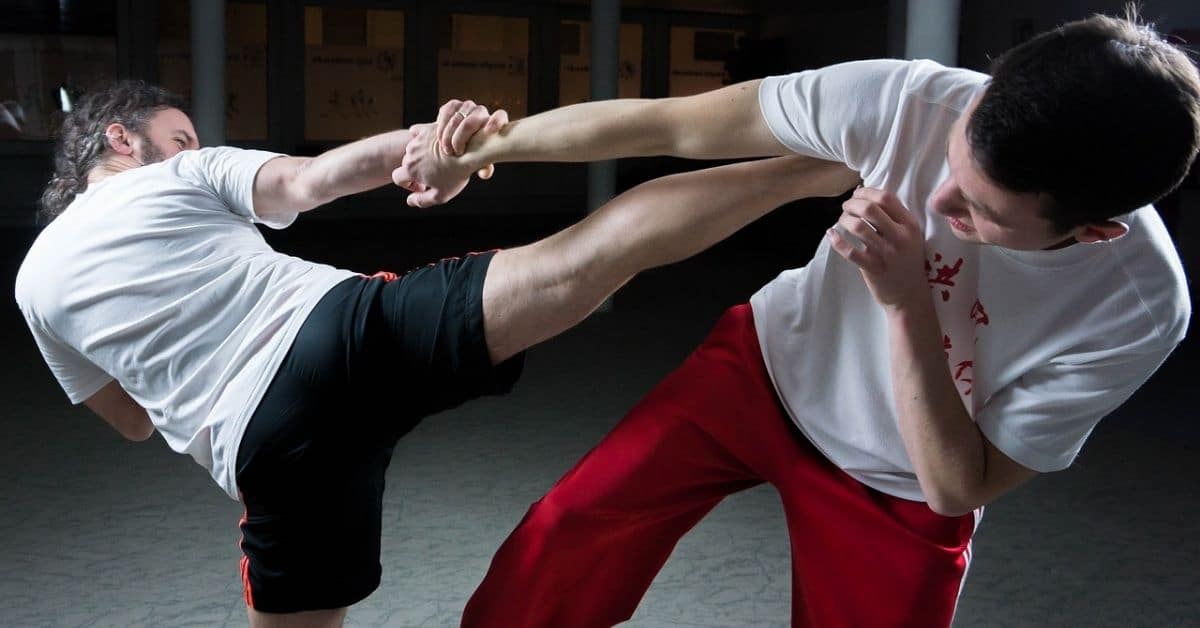 If you’re reading this, you’re most likely hesitant about starting to train in Krav Maga. While that’s understandable, there isn’t a single part of my body that’ll tell you not to begin today.

Krav Maga is highly effective because the pieces of training resemble relevant plausible scenarios, such as a knife attack. As a result, when facing this situation, reacting will come naturally. For instance, a person who does Krav Maga will respond faster to threatening self-defense situations.

However, while Krav Maga is effective for self-defense, other martial arts are better at distinct aspects. Because of that, understanding what your goal is and fitting it to a fighting style is crucial. That way, you’ll be able to learn a suitable martial art for yourself.

Before diving in, I highly encourage you to read an article on the five reasons you should learn Krav Maga. It’ll change your perspective and may motivate you.

Is Krav Maga better than other martial arts?

Knowing the different martial arts and their pros and cons is vital for picking the right one. Many people aren’t aware of the consequences of practicing a fighting style that doesn’t suit their goals. As a result, the outcomes they’ll experience won’t match the expectations.

For instance, if one’s goal in doing martial arts is to get in shape solely, Krav Maga won’t fit. Instead, Kickboxing or Boxing may be a better suit.

Because of that, before choosing a fighting style, I encourage you to consider your goals. Most people’s objective will be to use martial art as a form of self-development.

That way, they’ll be able to experience various benefits from their training. In that case, Krav Maga is a leading martial art that provides many advantages.

Some of the benefits you can expect to experience are the following list.

These are the few that I experienced and found to be of the most value. There are more you may have that will provide more value.

Other than that, doing other martial arts may not provide you with the same benefits. Yet, some may. For that reason, before you decide which one you want to do, consider Krav Maga as a leading martial art.

Is Krav Maga effective in a street fight?

Many people are looking to know how to defend themselves. As a result, they’ll start learning a martial art that’s more suitable for that purpose. However, there are various fighting styles one can learn. Some won’t be valuable for self-defense.

Krav Maga is effective in a street fight because its original purpose is to counter any threatening situations. As a result, one who knows Krav Maga will be capable of responding to any self-defense scenario. For example, in training, you’ll be practicing ways to respond to a street fight.

That said, you must understand that Krav Maga is all about hard work. To counter said situations quickly, one must do many repetitions. That way, when a similar scenario approaches you, you’ll respond with muscle memory. Thus quickly.

Furthermore, many other martial arts are suitable for self-defense situations. Jiu-Jitsu and Kickboxing, for instance, are martial arts that one can learn to know how to counter said situations.

In a street fight, one may carry a weapon. Thus for it to be effective for such a purpose, you must learn how to act against such tools. Well, in Krav Maga classes, you’ll train to counter various weapons, such as a knife or a pistol. As a result, doing Krav Maga will be of value for such scenarios.

Eventually, if your goal is to learn how to defend yourself in a street fight situation, doing Krav Maga is a suitable way of learning to do so. Because of that, I believe that doing it exceeds the value other martial arts provide, such as Boxing.

Is Krav Maga effective for self-defense?

Various martial art doesn’t fit the criteria of self-defense. Although martial arts are supposed to teach you how to use physical force properly, they don’t provide proper value. As a result, learning them won’t be valuable.

In its nature, Krav Maga is fantastic for self-defense. Because its training resembles self-defense situations, one will be familiar with responding to said scenarios. As a result, the trainee’s reaction time will shorten and be capable of counter-threatening concerns faster.

That’s the main reason why learning it will provide value for self-defense purposes. However, there are many more.

Krav Maga training will allow the trainee to increase its level of aggressiveness. As a result, disabling an attacker will become easier. Overall, if you’re capable of inflicting a more extensive amount of physical force, you’ll be more powerful.

In Krav Maga classes, one will learn to counter attackers that carry a weapon on them. Hence knowing how to act against such tools is remarkably valuable. Because of that, you’ll learn all about it in Krav Maga classes.

If your goal is to know self-defense properly, I wrote an article on whether Krav Maga is suitable for self-defense. I encourage you to read it if you’re hesitant to start training.

Eventually, Krav Maga is highly effective for self-defense. As a result, if your goal is to know how to use it, doing it is suitable for you.

Should I learn Krav Maga?

Learning a martial provides a lot of value. Consequently, you’ll notice distinct benefits naturally flowing your way. However, picking a suitable fighting style may be difficult. Hence knowing your goal is a must.

You should learn Krav Maga because of the many benefits it provides. As a result, you’ll be able to use it as a form of self-development. For instance, noticing better self-esteem, increase in self-confidence, better mental state, and getting into shape is typical.

However, doing Krav Maga has its cons. For that reason, before you begin your training, I encourage you to be familiar with them. That way, you’ll make a wiser decision.

Over time, attending Krav Maga classes may get expensive. In a recent poll, I noticed that the average price of such lessons per month is $76.7. Consequently, I understand that some may be unwilling to invest money in martial art.

Because of that, training at home is may be a more favorable choice. I wrote an article on the five best ways to train Krav Maga at home. That way, you’ll save up plenty of money.

Additionally, with proper nutrition and training, you’ll be able to get in shape in no time. Krav Maga burns 616 calories an hour. In comparison, running for an hour without stopping burns 755 calories an hour.

We can interpret that by consistently attending Krav Maga lessons, one will improve its physical condition quickly. As a result, one of the reasons to train in it is to get in shape.

Overall, Krav Maga is one of the most effective martial arts one can learn. It grants the trainee plenty of benefits that they can use for many purposes.

For example, self-development is one of the leading causes to train in martial arts. People who practice fighting styles notice many positive experiences flowing their way, such as increased self-confidence.

Eventually, you should learn Krav Maga wherever, even at home. That way, you’ll be able to defend yourself and experience said benefits. Hence you’ll be able to counter many threatening situations, such as a sudden knife attack.