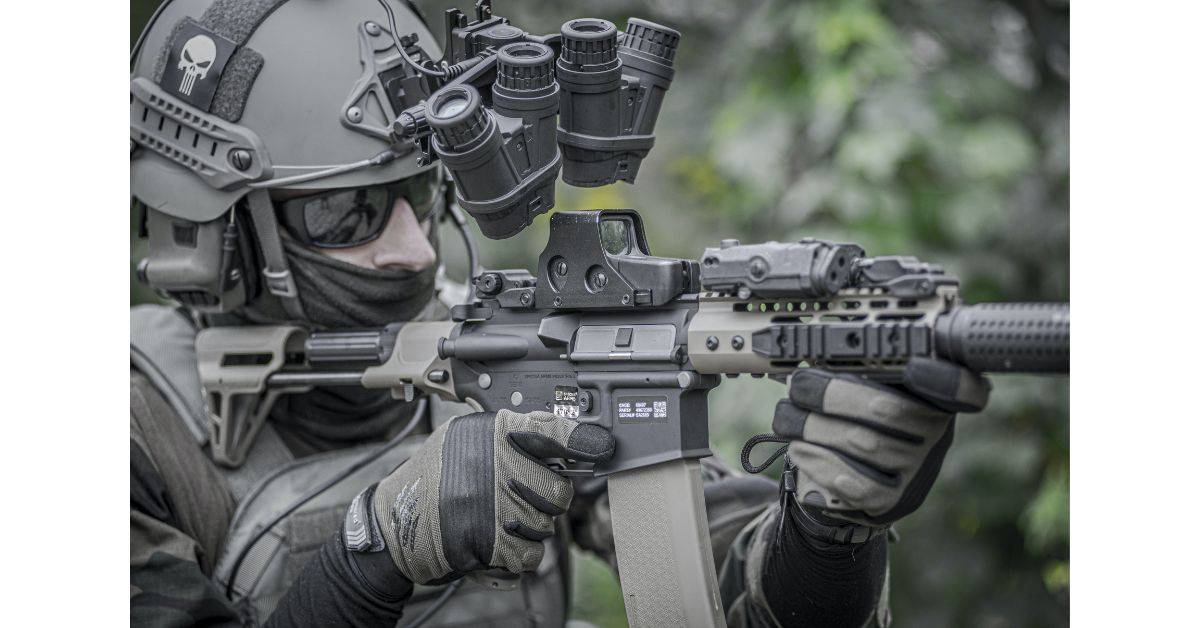 When you think of a soldier, what goes into your mind? It’s likely that a fighter or a warrior popped into your brain, as soldiers should be strong and know how to fight. Martial arts, and specifically boxing, teach plenty about the art of fighting. As such, military personnel can benefit from knowing the art of punching.

While most militaries don’t specifically teach boxing as a fighting approach, they do teach some aspects of it, especially the type of punches. Operators don’t need to know how to set themselves in a perfect stance, ready to throw a jab. Negative, they need to learn how to disable an enemy as quick as possible.

For that reason, all soldiers know how to throw a solid punch. For example, special forces operators learn a combination of martial arts, so they’ll be able to adapt to any situation they may face. Because of that, they also know how to grapple and throw a powerful kick.

As such, militaries are more willing to teach a self-defense system, rather than martial arts, such as karate, boxing, or kung fu. It’s only common sense that soldiers don’t need to knock out their opponent with a jab cross combination. Rather, being as aggressive as possible—is the key to coming out on top.

Also, close-range combat—doesn’t almost exist. Consequently, fist fights are much less likely to occur, as weaponry is a much safer and more effective choice. So, boxing is, indeed, irrelevant to what operators truly need.

Before we dive in, if you want to know what makes special forces special, follow the link to read an article I wrote on the topic.

What military branch does boxing?

There’s no military branch which does boxing exclusively, as it’s not as effective for self-defense. Likewise, it’s not suitable for the operator’s job, as fist fights are the last situation you ever want to get to when you’re in combat. As a result, martial arts that teach you how to use weaponry for your advantage—are more fitting.

Soldiers usually have a gun. Now, if you don’t know, it can be as painful to hit with it as it is to shoot with it, if you use it properly. All it takes is a single hit to the head with such an object—to ensure the enemy dreams of stars for the next minute or two.

For that reason, boxing, which teaches punching techniques, isn’t as relevant as it is for other people. If you wanted to learn how to fight while only using your fists, then boxing is a perfect choice.

As such, no military branch will risk wasting their operator’s precious training time—with learning to box. More preferably, they’ll learn to be aggressive and use everything they currently have to their advantage. That’s why Krav Maga got so popular amongst military personnel.

I wrote an article about whether learning Krav Maga is worth it. Do give it a read if that topic is of interest to you.

Are all military people trained to fight?

A part of being a soldier—is being independent. As a result, a part of their training is learning a fighting style, sometimes even a martial art. Mostly, however, military people learn self-defense systems, such as Krav Maga, or Combatives.

Military people are all trained to fight, as they need to be as independent as possible while being able to defend others, if they need to intervene. As a result, martial arts are a combined part of their training, regardless of the branch you’re in. Spec-ops operators learn how to fight more than other military personnel.

Special forces operators need to react to any situation. Mostly, the situations they face—are the most complicated. Therefore, they must be as dynamic as possible while being as calm and work with the habits they’ve learned. Eventually, that’s what training is all about.

After I had practiced Muay-Thai for about a month, I saw myself as more than capable to react to any situation with what I had learned. It’s almost as if my body wanted to use what I had practiced automatically. That’s why martial arts are so powerful.

Eventually, if you want to learn how to fight, martial arts is where you should head. The militaries from all around the globe had also understood that. However, they usually design their own combative system, usually it’s a self-defense system—operators learn quickly.

Should I learn boxing as a soldier?

If you’re a soldier, you must also know how to fight to defend yourself and others around you. In combat, there’s no time for not knowing things. As such, you must prepare to being as adaptive as possible, so you won’t even need to think if you’re in trouble.

Learning boxing as a solider—is effective and beneficial, but not as learning a self-defense system. While knowing how to punch perfectly to knock someone out quickly is valuable, you also want to learn how to use the tools you have as a soldier in your favor. Boxing will not help you do that.

Rather, learning Combatives, or any other self-defense system that’s specifically designed for operators, is favorable. The Israeli military does this best. They teach all their special forces operators how to become an aggressive beast whenever you wish.

Because of that, their operators are capable of following the quote: Kill or be killed, perfectly. They, indeed, will be the ones who come out on top – instead of the opposite.

Boxing doesn’t teach how to use your rifle or pistol to your advantage. Of course, I’m not denying its usefulness and the number of values you’ll attain from being consistent in it. However, it simply is not the most beneficial nor valuable martial art you can learn as a soldier.

Which fighting style does the military teach?

Different militaries teach their soldiers different fighting styles. For example, the Israeli army teaches the beautiful art of Krav Maga, which became extremely popular for its effectiveness. However, the case is different with the US army.

The US military teaches the Combatives system as their fighting style. It mostly teaches how to be aggressive, while using the surrounding tools. These tools can be your rifle, knife, pistol, or even a boulder. As a result, it’s highly effective in high-stress environments, such as while being in combat.

Special forces operators also learn martial arts by themselves. Most of them go for MMA, Jiu-Jitsu, and Muay-Thai. A small portion of soldiers learn boxing, as it’s not as effective for their work.

On the other hand, knowing how to grapple or throw a powerful elbow—can be beneficial to what operators do. For that reason, boxing is less effective than martial arts, such as MMA, Muay-Thai, or BJJ.

If you want to know what martial art do the Navy SEALs learn, follow the link to an article of mine on revealing the answer.

If you want to learn a martial art, and you’re a soldier, consider learning a self-defense system. It’s likely that you have or will go through fighting training, such as learning Krav Maga. Mostly, it won’t preach you to perfect your punching technique. Rather, it’ll teach you how to unleash your inner beast.

Likewise, you’ll learn plenty about using your rifle or tools in your favor. A single hit with a rifle is all you need to finish an enemy—quickly and safely. For that reason, learning to use your tools—is more critical than learning to punch or kick.

If you enjoyed reading this article, you’ll also enjoy reading about the 3 martial arts that special forces learn. These are from my experience, so you better check it out!

link to Street Fighter vs. Boxer – Who Is the Better Fighter?

Continue Reading
link to Boxer vs. Wrestler – Who Would Win?

Boxing and wrestling are both effective martial arts. Let's examine who would in a fight, a boxer, or a wrestler?