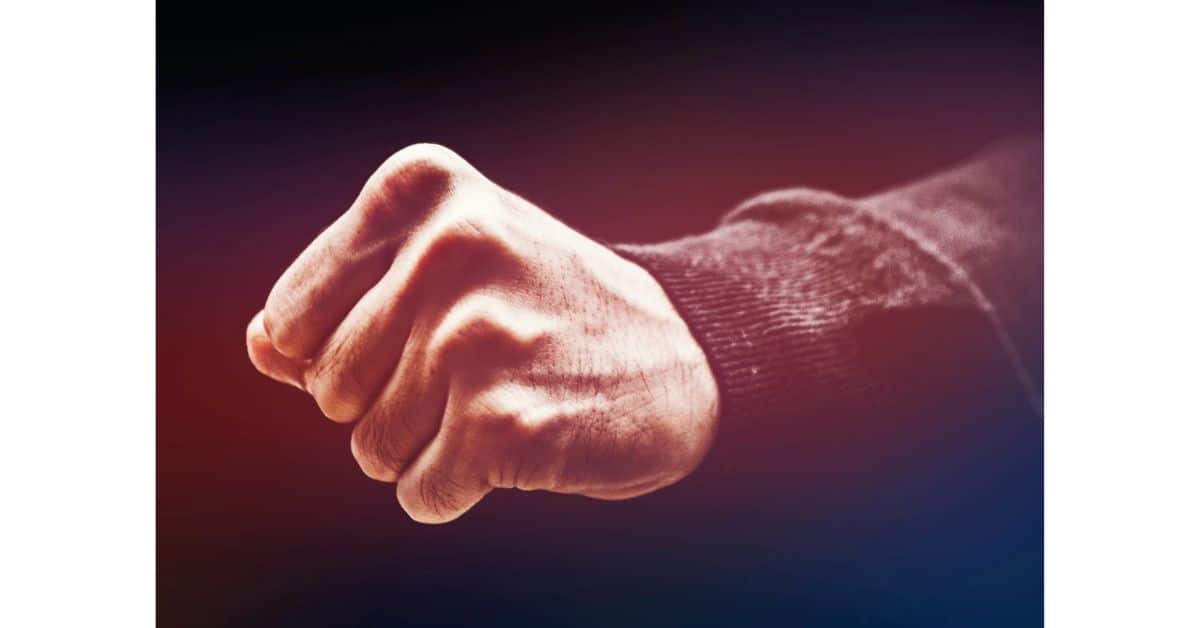 If you know how to punch correctly, you’ll immediately be a much more capable fighter. Many martial arts, and karate in particular, teach this fighting technique. Nonetheless, some fighting styles ban the use of punching, such as Judo, BJJ, and even wrestling. So, is punching allowed in karate?

Karate allows the use of punches because it’s one of the primary fighting techniques it teaches. Moreover, punching is also legal in karate competitions, such as in the Olympic Games. However, some punching techniques are illegal, such as elbow strikes or most uses of the elbow.

Nonetheless, many traditional karate styles legalize using everything that can cause damage. In fact, even groin kicks and eye gouges will be legal in such circumstances.

These traditional martial arts are all about self-defense. However, the more moderns styles are less about self-defense and more about the sport. Consequently, they’ll illegalize the use of such immoral movements. Again, these movements include eye gouges, groin kicks, and back-of-the-head punches.

This article will discuss and examine whether karate legalizes the use of punching. Spoiler, it does. However, there are some tweaks and rules you must know before you start training. Following this, we’ll discuss just that.

Is there punching in karate?

In the introduction of this article, we’ve discussed whether martial arts include punching. We understood that most traditional fighting styles are for self-defense. And as a result, they’re more likely to include more immoral fighting techniques. However, the modern martial arts are different.

Karate includes punching in various forms, such as straight punches, hooks, front punch, back punch, and some elbow strikes. Nonetheless, many karate styles illegalize the use of some type of punches. Uechi-Ryu – is a karate style designed for self-defensive. Thus, it legalizes using many punching techniques.

Here are some magnificent Uechi-Ryu techniques. Most of them include the use of punches in some forms.

Punching is the most common technique you’ll see when examining karate. However, it focuses on two primary fighting techniques, punching and kicking.

Thus, of course, this art will teach its trainees punching—regardless of the style. In fact, even modern karate styles, which focus on the sport aspect – will teach the movement of punching.

To conclude, many martial arts, including karate—teach their trainees the movement of punching. Eventually, it’s one of the more widely used fighting techniques, amongst many other martial arts, such as Muay-Thai and boxing.

What punches aren’t allowed in karate?

Today, karate is a sport—and not a self-defense system. As such, many rules and guidelines limit using many combinations and specific techniques. In fact, some of them even limit the use of basic, regular fighting techniques.

In karate, any punch related to using the elbow-is off the limits. Moreover, many karate competitions and dojos ban the use of punches to the face and groin. However, the more traditional styles—allow such use. That said, the rules and limitations vary in relation to the competition or dojo.

Karate doesn’t just limit the type of punches you can throw; but they also prohibit punching to certain areas. Some of these common banned areas are:

It’s common sense that these can cause serious damage if the trainees don’t protect themselves. Therefore, many karate competitions and dojos take an extra step back and illegalize punching to these areas.

Can you punch the face in karate?

Currently, karate is not all about self-defense. Rather, it’s more of a sport. As a result, there are many rules which limit using various types or combinations, which are prohibited. However, in any self-defense scenario, you can use whichever means will help you remain as safe as possible.

While some karate tournaments allow punching to the face, many amateur and semi-professional face-offs prohibit punching to the face. That’s because they want to minimize the number of concussions and other face injuries from these karate competitions.

The primary reason karate doesn’t allow punches to the face is because it’s more of a sport than a self-defense system. Therefore, there aren’t many people who’ll want to risk getting black eyes and other face injuries just to compete.

Many karate practitioners hold regular jobs. Jobs where they need to perform while looking sharp. I think we can all agree that entering your office with a black eye isn’t the best first impression.

As such, many karate competitions don’t allow punches to the face.

And yet, it’s important to note that in a self-defense situation, use any possible means to defend yourself. If you don’t, you’ll find yourself at a disadvantage, since your opponent will use anything to beat you.

Nonetheless, many traditional karate styles allow punching to the face because their purpose is self-defense-instead of being a worldwide sport.

Truly, while getting black eyes is cool for a short period, it’s not a suitable look for the long-term.

Karate involves many types of punches. Knowing the most popular ones-will help you understand the martial art better. As a result, your progression rate will be faster.

So, without further ado, let’s dive into the 3-most common punching techniques in karate.

The straight punch is one of the most popular punches in all martial arts. As a result, you’re likely familiar with it from other fighting styles, such as boxing.

However, karate utilizes its many advantages as much as the other martial arts do.

The straight punch is a fantastic technique because it’s quick and effective. Additionally, it’s easy-to-learn and execute. Therefore, it’s a basic movement—all karate trainees learn and practice in the early stages of their training.

To execute the straight punch, you need to be in a fighting stance. Next, you’ll point with one of your hands to your opponent. You’ll place the other hand in a fist position above your belt and near your ribs. Then, you’ll release your second hand on your opponent.

The hook is one of the most common punches in martial arts history. It’s likely you’re familiar with it from another fighting style, such as Muay-Thai, kickboxing, MMA, and boxing.

However, many karate styles, including traditional and modern ones—use the hook, since it can cause massive damage to any body part.

To execute the hook, you must be in your fighting stance and throw either of your hands in a circular motion. In a self-defense scenario, it’s best thrown to the face/ribs. However, many karate competitions illegalize throwing a hit to the face—so be aware.

The Kizami Zuki is one of the fastest punches in the entire world of karate. Those who have mastered this specific throw—can cause massive damage quickly.

Additionally, it’s incredibly suitable for karate competitions because it’s all about pace. As a result, you’ll be able to get a quick point with a clean hit.

To execute the Kizami Zuki, you must be in your fighting stance. Next, you throw a punch with your weak hand toward the opponent’s chin. It’s important you stop at the chin and don’t follow through to the entire face area.

Karate is one of the best martial arts worldwide. That’s because it teaches many highly effective fighting techniques, such as punching and kicking. As a result, its trainees can use them in self-defense and dangerous fighting scenarios.

Knowing when and what you can use in karate competitions and in your training place—is crucial if you want to keep matters safe.

Hence, I encourage you to look up your local laws regarding which fighting techniques you can use. For the most part, punching is a fantastic technique karate approves.

If you enjoyed reading this article, I also encourage you to read about karate’s belt order. If you want to train in it—such information is vital.