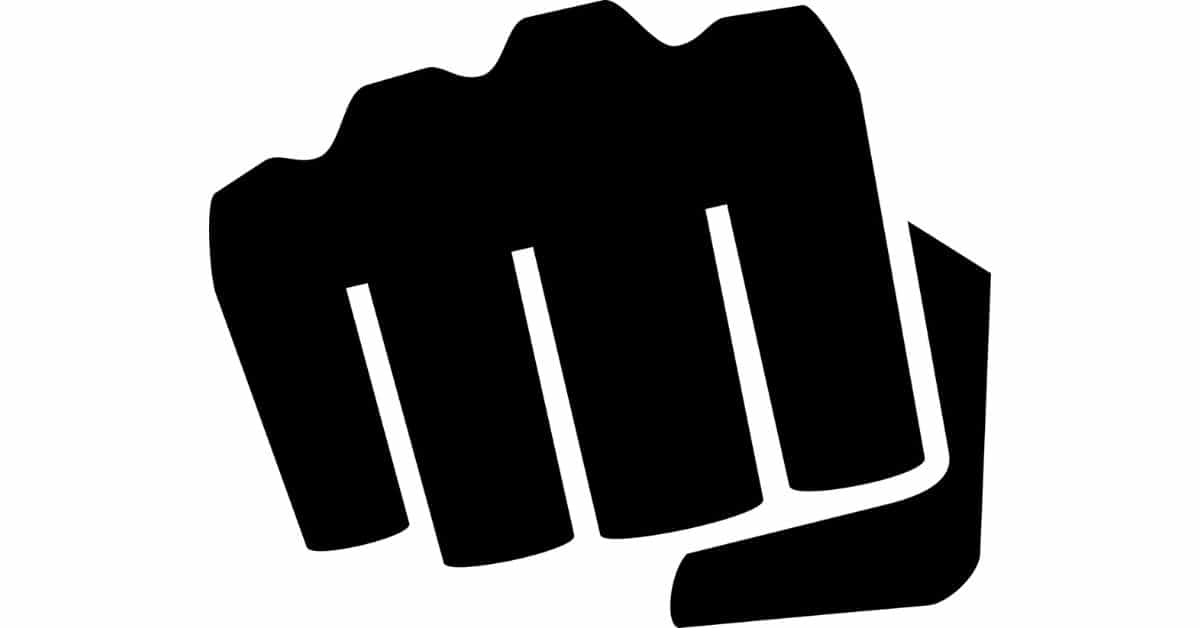 Brazilian Jiu-Jitsu (BJJ) is a form of martial arts that relies heavily on grappling techniques. Its core curriculum does not include teaching learners about striking tactics. However, there may be situations that require you to break from the core principles of BJJ and mix things up a bit to defend yourself much better

Punching isn’t allowed in competitive Brazilian Jiu-Jitsu or BJJ. Still, it’s a martial art. Therefore, you can use it for self-defense or street fight. Because of that, if you believe punching your opponent may come in hand, you can do so with full confidence. But, striking in competitive BJJ will get you disqualified.

.BJJ is effective for use as a self-defense weapon, but many people also partake in BJJ as a combat sport. Therefore, when it comes to whether punching is allowed in BJJ, the short answer is yes and no! It is because it all depends on the setting or where you are doing your BJJ. Striking may be prohibited in competitive BJJ settings but can come in handy when fighting in the streets.

Moreover, BJJ has evolved and may today advocate some use of punches, as is the case with modern self-defense BJJ training. There is considerably more emphasis on punching and striking because these are important skills for any BJJ athlete to possess. They add to their overall fighting arsenal. Our post today hopes to provide valuable insight into the scenarios where punching in BJJ is and isn’t allowed!

Today, martial arts are a core activity in many people’s lives. While some desire to learn to fight appropriately, others enjoy the many benefits that come with progression. One of these fighting styles is one that goes by the name of BJJ.

Brazilian Jiu-Jitsu (BJJ) is a martial art that utilizes ground grappling. Today, it’s one of the most popular martial arts you can learn. Moreover, BJJ is incredibly effective for all self-defense or fighting situations. From experience, BJJ will teach you solid fighting techniques that’ll make you a capable fighter.

Can you punch in BJJ?

The rules that govern BJJ classify punching as a serious offense. This is why a referee stops a fight immediately and disqualifies the person who punches their opponent during a competitive match. Then, the opponent is declared the winner of the contest.

What fighting techniques are legal in BJJ?

In Brazilian Jiu-Jitsu or BJJ, you can use ground grappling in many of its forms. However, any other technique, such as striking and kicking is illegal. Moreover, BJJ is a sport. Thus if a competitor uses any of the illegal techniques, the referee will stop the fight and grant the win to the other trainee.

Ground grappling is one of the most effective techniques one can learn because you can disable an opponent with ease using them. As a result, they’re incredibly effective for self-defense and other fighting purposes.

Should I learn BJJ?

You should learn BJJ because it teaches effective techniques- suitable for self-defense. Mainly, BJJ teaches ground grappling, which is the action of maneuvring your opponent while on the ground. Additionally, it provides its trainees with numerous benefits, such as confidence and self-esteem.

Nonetheless, you don’t have to take my word for it. Instead, I’ll quote a professional medical study that proves that martial arts provide countless benefits that affect both the physical and mental sides.

Training in martial arts has been shown to alter experiences of control and vulnerability, self-esteem, self-concept, fitness, confidence, and relaxation. As a result, some researchers characterize martial arts practice as a form of self-help.

BJJ teaches to use punching. However, it only teaches punching and striking at a basic level, only suited to help learners defend themselves better during fights. Besides, knowing how to punch or counter-punch well are skills that all BJJ learners ought to have.

Competitive BJJ doesn’t involve the use of punching, striking, or kicking. Punching your opponent during a contest will get you disqualified, and your opponent handed the win.

Can you punch in self-defense scenarios?

Yes, they do! As we have seen, punching comes with extreme penalties in BJJ competition training or competitive contests. However, BJJ’s self-defense training programs advocate for the use of punches if need be! Punches are a real threat that can injure you if you do not have effective ways of countering them effectively.

BJJ self-defense training teaches learners to close the distance between themselves and their opponents using grappling techniques, choke holds, submission holds, and arm locks. These allow you to prevent your attacker from generating enough power to knock you out with a punch.

In addition, BJJ self-defense training also allows, albeit to a small degree, punching your opponent. The perfect example is combat Jiu-Jitsu. This is a type of Brazilian Jiu-Jitsu that allows fighters to use light punches, slaps, and open-handed strikes to down an opponent. It is a mix of traditional BJJ competitions and MMA. Punching and striking are used more as a mode of distracting your opponent. The goal is to help you initiate and enter into a clinch.

Punches can help learners achieve one of the main goals of BJJ, i.e., self-defense by not only blocking and absorbing punches but throwing your punches to win a fight too. BJJ revolves around dominating your opponent. Thus, away from a formal sporting setting with set rules, you can use punches to defeat your opponent.

Today, Brazilian Jiu-Jitsu incorporates punches into the fighting techniques they teach. The purpose is to boost a fighter’s skill set and help fighters defend themselves much better against kicks or punches from the opponent. This is why punching, kicking, and other striking routines feature in the takedowns, chokes, etc., are taught in modern BJJ programs. Trainers consider them as important elements of the fundamentals of BJJ that every learner has to know. The main objective is to help learners develop a greater ability to neutralize different types of aggressors.

Today, Brazilian Jiu-Jitsu (BJJ) incorporates some level of punching and counter-punching techniques as part of the BJJ’s self-defense training programs. The main goal is to prepare people to better defend themselves in non-formal settings such as street fights or situations that require you to defend yourself against aggressors.

However, punching is still prohibited in sports and competitive fighting except in Combat Brazilian Jiu-Jitsu, which allows it to a small degree. The onus falls on you to determine whether the situation you find yourself in allows the use of punches or not!