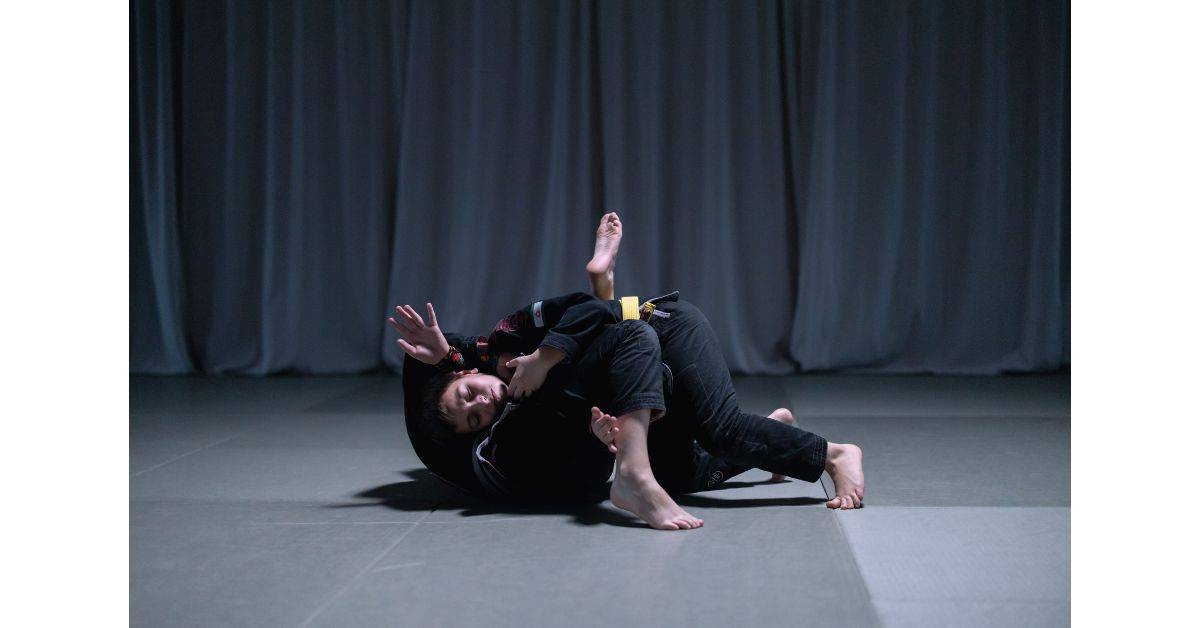 Grappling is a combat sport in hand-to-hand combat. It is used at close range to take advantage of an opponent and submit them to a restricted position. Fighting techniques in karate involving grappling are not common, and that’s because karate predominantly involves kicks and punches.

Karate does have grappling along with other historical and modern techniques like throw, joint locks, restraints, and vital-point strikes. Additionally, it also teaches punching, kicking, knee strikes, elbow strikes, and other open-hands techniques like knife-hands, palm-heel strikes, and spear-hands

Karate has always been a martial art appreciated by many cultures and professions. It includes, but is not limited to, three important and internationally recognized styles: Uechi-Ryu, Gōjū-Ryū, and Shotokan.

This style has been refined and expanded over the years; a man called Kanbun Uechi created this style of karate and named the style after him.

Though heavily focused on striking methods, the Uechi-Ryū style, which helps the body, mind, and spirit, which in technical terms translates to focus, self-discipline, and inner calm, does have grappling.

The Uechi-Ryu qualifies as one of the unique karate styles because it is realistic. In this style, fighters do not stop at learning to control their body, but they learn perseverance and prepare their body to fight for more extended periods. The conditioning of their fingers and toes allows crippling strikes to penetrate an opponent’s guard more easily.

To execute this style most efficiently, you would want to;

In this technique, fighters use closed hand techniques and softer circular and open movements to check and attack the opponent, including grappling. Chojun Miyagi found this style and developed it around 1853. There is a lot of grappling in Goju-Ryu, hooking, and turning; grappling here is usually to trap and snare.

Many farming tools were, in the past, introduced to Gōjū-Ryu as weapons, which is very much a unique thing as possessing weapons in Traditional Okinawan Karate is prohibited. Having weapons as an integral part of itself makes Gōjū-Ryu unique and extraordinary to martial arts enthusiasts.

Gōjū-Ryu, Japanese for “hard-soft style,” is suitable for satisfying the need to develop cardio and good strength because its methods include body strengthening and conditioning. It has two core katas, Sanchin and Tensho; the latter teaches students about the soft style of the system.

These are some essential techniques that help in Goju-Ryu karate;

A psychological subduing technique is swaying your opponent’s attack and pressing them down with your body weight, moving in to ride on them, and then striking.

This karate style is famous for being developed from various martial arts styles. Its founder, Funakoshi, was born in Okinawa, and he gathered many students who continued teaching karate after his death, honoring the karate master who popularized “karate-do.”

Shotokan has grappling along with breaking, sweeping, and throwing, but it relies on devastating kicks and lethal punches.

The grappling technique in Shotokan will work for you in dangerous situations in real life, where other methods, like lethal punches, might not work. Shotokan is the most widely practiced karate in the world. It involves powerful long-range techniques.

You must have stability, powerful movements, and toughened legs to deliver the first two.

Tips on masking your next move from your opponent:

What karate styles have grappling?

Karate is not a grappling sport like wrestling, Muay Thai, and Jiu-Jitsu. Still, some karate styles do have limited grappling techniques.

Grappling does not include weapons use, nor does it incorporate strikes. It’s a combative method of struggle and swiftness that often leads to a Karateka’s defeat.

In over 75 styles of karate, the main ones are Goju-Ryu, Shotokan, Wado-Ryu, and Shito-Ryu do have grappling; let’s highlight techniques that involve grappling besides the already mentioned above.

Grappling gives you an advantage over your opponent and eliminates the risk of getting hit. The grappling technique is present in many other martial arts and would be an added advantage to the attacking and lunging skills you already possess as a karate fighter.

The grappling techniques can be dated back to the 1980s, and they help you with results with minimal effort and less exertion.  One thing to notice is that no matter the styles this technique is applied to, they have one thing in common: closed ranged strikes and zero high kicks or spin jumping.

You should consider learning stand-up and ground grappling by incorporating them into your karate routines. If unsure if grappling is a modern/sacrilegious technique in karate, do well to read Funakoshi’s book “Do Karate.”

If you enjoyed reading this article, I highly recommend following the link to read about Karate’s belt order. Knowing such information is a must—for every martial arts trainee out there!