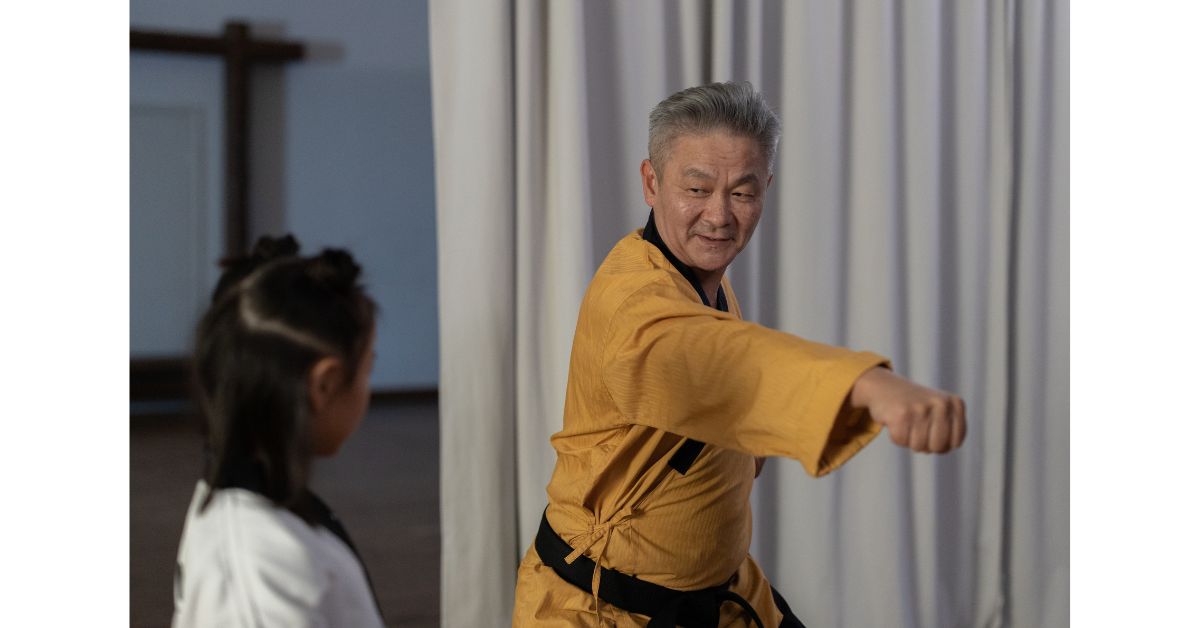 Many people who do karate also compete. As a result, wanting to win as many fights is a valid desire, as it can be a fantastic pursuit to ensure you keep yourself motivated. However, it can be difficult. So, here’s the simple explanation to how to win more fights.

There are 3-primary ways which will help you win more karate fights: Examining your opponent, knowing when to go all-in, and using kicks on bigger opponents. By implementing these into your skill set, you’ll become much more capable at facing other people, both in competitions and in sparring.

Winning more fights is difficult, notwithstanding what other people may claim. In fact, I’ve witnessed self-proclaimed individuals claiming they have the secret to winning 100% of your fights. However, it just doesn’t work that way.

The math is simple, you can’t win 100% of your fights. Rather, it’ll be better if you aim to winning all of your fights – but don’t think it’s guaranteed to happen.

Next up, we’ll discuss and examine each of the 3-ways you can start to implement to your skill set to win more fights. Without further ado, let’s dive into the interesting stuff.

The first way you should implement to your fighting skill set is: examining your opponent. In my eyes, fighters who don’t examine their competition before the actual fight-miss out on plenty of opportunities.

Before every fight-ask yourself: Is my opponent better, equal, or worse than I am?

Asking this question will help you decide which strategies to use and when to use them. For example, if your opponent is worse than you, it’ll help if you use your strong cards at the beginning.

On the other hand, if your opponent is better than you, it’ll be best if you reserve some of your power to the later stages of the fight.

If you examine your opponent and find out what are his favorite techniques, strategies, and every other piece of information, you’ll be much better off in the fight itself.

The second way is partly reliant on examining your opponent; it is: know when to go all-in. Eventually, reserving your power or using all of it right away-should be used in different scenarios. So, let’s examine some of them and when you should use each strategy.

First, you need to examine your opponent. Once you know who you’re facing, think about a game-plan in terms of your reserved power. All of us have a limited amount of force we can implement in a specific set of time.

For example, those who are in better aerobic shape-will be able to use more muscle-power for more extended periods. Therefore, all fighters’ aerobic shape is incredibly high.

Now that you examined your opponent, think when will be the best time to unleash your reserved power and go all-in.

For instance, if you face a weaker opponent than yourself, it’ll be best if you start strong. That way, your opponent won’t become more confident the more the fight will play out.

The same way, if your opponent is stronger than yourself, think about reserving some of your power to eventually finish the contender later in the fight. That way, you’ll get more and more confident and prominent in the fight the more it’ll play out.

Overall, knowing when to use your power reserves can be a major advantage. At first, examine your opponent and then come out with an appropriate game plan.

Way #3- Use kicks on bigger opponents

Regardless of your size, weight, or height, you’ll be facing bigger opponents than yourself at some point in your fighting career. As a result, you must know how to face such contenders, so you’ll become capable of beating them more often.

I won’t lie, height, weight, and reach-all influence the match-up. If, for example, the reach of your opponent is larger than yours, his chances of winning will immediately increase. The other way around applies as well.

However, you can remain safe if you know how to beat larger opponents. The way is to use kicks more regularly on them.

Briefly, if you try to use punches to beat a larger match-up, you’ll only end up at an immediate disadvantage. Nonetheless, if you use kicks more regularly, you may end up surprising your opponent-regardless of one’s size or reach. Thus, you’ll be more likely to win.

A quick tip: exaggerating with anything in karate or any other martial art-will lead to losing more frequently. As a result, if you are facing a larger opponent and want to use kicks more often, don’t reach a point where you’re only kicking. If you are, you’re gifting your opponent with an immediate advantage.

Instead, try to balance the hits you throw. For example, using more punches is always smarter, as they’re safer to execute. However, if you witness a situation where using a kick will be wiser – don’t hesitate to throw one.

Now that we went through the 3-ways-let’s discuss the basic mindset you need to have to increase your chances of winning more karate fights.

You always need to think about the next way you can improve yourself.

Most people skip working on their weak points because their egos are too prominent. However, such a move will drastically decrease your abilities as a karate fighter.

Eventually, your mindset should always be: how can I improve myself? If it’s something else, it’ll be difficult winning more fights, since you won’t progress as much.

Karate is a fantastic martial art. However, winning in fights, more often than not-is demanding. However, there are some ways you can implement into your skill set to improve your likelihood of winning more fights.

Winning more fights can be a remarkable pursuit to aim to if you’re trying to improve in karate. Setting small milestones is also important to keeping your motivation high.

Additionally, it’ll be best if you adopt a constant learning mindset, so you’ll be capable of improving both your weak and strong points as one. For example, many karate trainees let their ego get in the way, and thus they don’t work on what they’re not as good at.

If you want to read more about tips and tricks that’ll help you progress faster in any martial art, consider following the link to another article of mine on the topic.