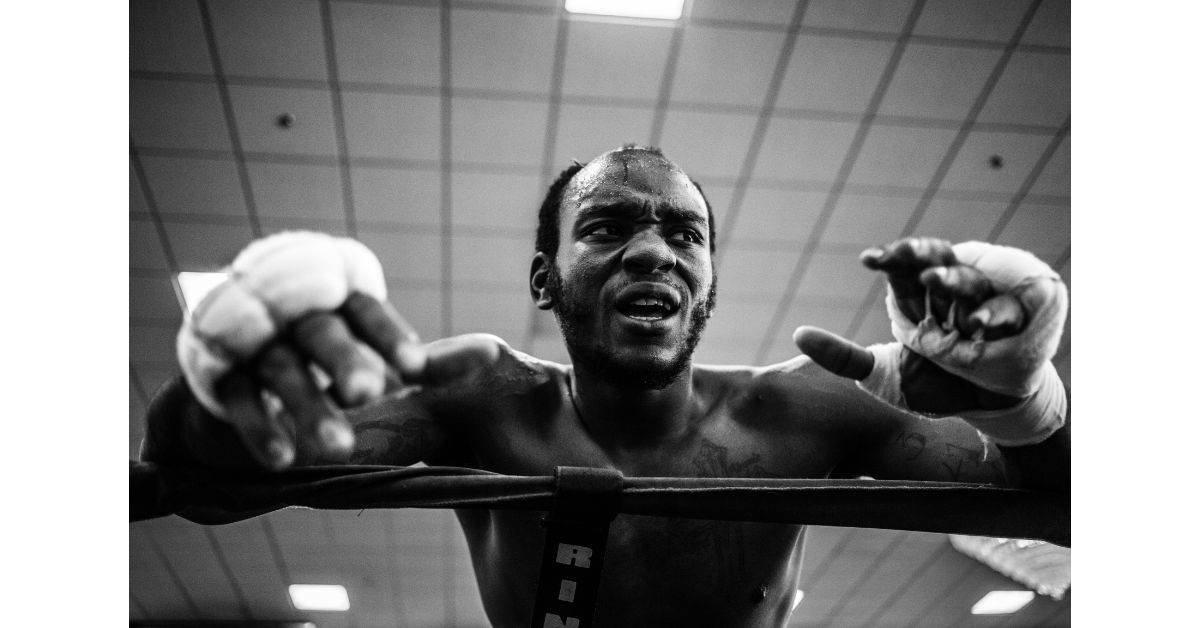 There’s a common misconception that boxers should enter the ring after they’ve rested. After all, 12 rounds of intense boxing are ahead of them. So, before the fight, they shouldn’t move an inch. And still, you see fighters entering the ring, and it seems they’ve just finished a workout, as they are sweaty.

Boxers sweat before a fight to ensure they’re warmed up and ready for the fight itself. If they were to enter the ring cold, they would have taken a round or two to warm up. That would, as you can imagine, give their opponent the advantage, as he would already be warmed up and ready to strike.

The warm-up routine of boxers is distinct. Most of them don’t reveal what they do just before the fight. However, it usually consists of shadow-boxing, and some kind of aerobic exercise. Likewise, they add some stretches, so their body will be ready to act as soon as they enter the ring.

This article will discuss the warm-up routine of professional boxers. Likewise, we’ll discuss why boxers are so sweaty on the first round. That may seem rather unintuitive for some, as they seek to be as fresh as possible for the fight itself.

Before we dive in, if you want to read about the best boxers worldwide, follow the link to an article of mine on the topic. Knowing who they are—will help you learn from the very best.

Why are boxers so sweat before a fight?

When you see a boxing match light up, you’ll always see both fighters seem as if they have just sprinted for 30 minutes. They’ll be sweating their bodies off. For some, that may seem counter-intuitive, as they think fighters want to come out to the ring with all their reserves. But, there’s a good reason for that.

Boxers sweat so much before a fight since they want to enter the first round in their peak. They don’t want to warm up while inside the ring. As such, they ensure to open their reserves by getting their bodies moving in their changing room. Some boxers go as far as sprinting just before a fight.

There’s a story about Mike Tyson that you’ll find fitting to this topic; Once, Tyson wanted to enter a fight being in his prime. What did he do, then? He was shadow-boxing and punching walls. These punches made extremely loud noises in his opponent’s changing room.

Now, imagine the situation, you’re about to fight the most fearful boxer in the world; and you head loud booms from his changing room? Of course, Tyson entered the ring with a death-look on his face; of course, he was sweating like he had just finished a marathon.

I highly recommend watching this video, as it perfectly explain the effect of coming to the ring all sweaty. Tyson knew that and used it in all his fights to ensure his opponents knows he’s about to lose.

How to warm up for a boxing fight?

All boxers warm up before a fight. It’s not the same as before you go for a run, where you stretch or perform some dynamic stretches. Instead, you must enter the ring already in your prime. So, you must use other method to ensure you’re ready to finish the opponent in the first round.

To warm up before a boxing fight, use exercises such as jump rope and shadow-boxing to enter the boxing ring in your prime. You also want to stretch your entire body to ensure your limbs and muscles are loose and ready for intense exercise. Most boxers use shadow-boxing as the primary warm up method.

Before some type of exercise, your warm-up doesn’t typically make you sweat. Or, if it does, it’s not as much. While entering the boxing ring, however, you must be pouring sweat; at least, that’s how the pros did it.

I love taking Mike Tyson as an example, as he also used his sweat to ensure his opponents knows he’s ready and in his prime. As a result, nobody dared to argue the fact that he’s completely warmed up. Eventually, it was a part of his intimidation aura.

How would you react if the best boxer in the world was all sweaty in front of you, while giving you the death stare? Personally, I would have most likely taken my legs off and run to my clothing room.

In short, shadow-boxing, jumping rope, and stretching—are all valid ways boxers use to warm up. I encourage you to enter the 1st round all sweaty, but, don’t exhaust your body too much before the fight has even begun.

If you want to know which boxing style Tyson used in his career, follow the link to learn about the answer.

How long do boxers warm up before a fight?

As we’ve understood thus far, we want to enter the 1st round sweaty, to ensure our bodies are warmed up. As such, we’ll use shadow-boxing, jump rope, and stretching to ensure we’re in our prime. Some fighters even do pad work in the changing room.

On average, boxers warm up for 30 minutes before a fight. However, the number of minutes changes anywhere from 10 to 45 minutes. All boxers, however, will enter the ring sweaty and in their prime. If you shadow-box for 5 minutes, you’ll start sweating. Once you add stretching, you’ll be reaching the 30 minutes mark.

The question remains, don’t fighters exhaust themselves when entering the ring already sweaty? To that, I can only say no. Boxers have to be ready, from the start of the 1st round, to throw punches in full force—without over thinking it.

As a result, they must sweat their bodies off to feel they’re ready to knock out their opponent with their first punch. Mike Tyson used to do it more often than you think. He would stare down his opponent while being all sweaty; as a result, he had an extremely intimidating aura around him, all the time.

Should I rest before a boxing fight?

A boxing fight is one of the most intense experiences a boxer goes through in his career. 36 minutes of active work, is no joke, especially when you’re also competing against another fighter whose entire purpose is to knock you out. Of course, then, it’ll be intense.

You should rest before a boxing fight, but only when your body is completely warmed up. If you want to ensure you don’t exhaust yourself in the warm-up phase, leave some time for you to sit and even meditate. Likewise, pro boxers use visualizations to see themselves as if they had already won before stepping in the ring.

Letting both your physical and mental selves rest before a fight—is crucial for your long-term success. And still, you must step into the first round when you’re already sweating. That is to ensure you’re in your prime when the bell rings.

But, do remember that 36 minutes of pure boxing is ahead of you. As a result, you don’t want to enter the 10th round and being incapable of throwing a punch, as you’re too tired. So, resting, both for the mind and the body—is critical prior to fighting.

Why do UFC fighters enter the ring sweaty?

UFC fighters enter the ring sweaty for the same reason boxers do so, and that’s to ensure their bodies are warmed up and are in their prime already. Can you imagine elite UFC fighters not going all-in in the first second of the fight? They ensure to warm up by doing shadow-boxing or exercises, such as jump rope.

If you compete in boxing yourself, I highly recommend entering the ring all sweat-up in your next fight. That’ll also contribute to your intimidation aura, as the other boxer will notice you’re in your prime.

Of course, don’t go for sprinting or jog for 5 miles (8.05 km), as you’ll be exhausted. Instead, use pad work and shadow-boxing to ensure your limbs are all fired up and ready to throw some punches.

Likewise, ensure you stretch your muscles to make sure they won’t start hurting mid-fight. And, finally, trust your body to do its job, while preparing your mind through meditation and visualization.

If you enjoyed reading this article, you’ll also enjoy reading about the seven best exercises for boxing. Do give it a read if you want to increase your punching power indirectly.

link to Can Professional Boxers Fight in the Olympics?

Continue Reading
link to Boxers – How Long They Wait Between Fights?