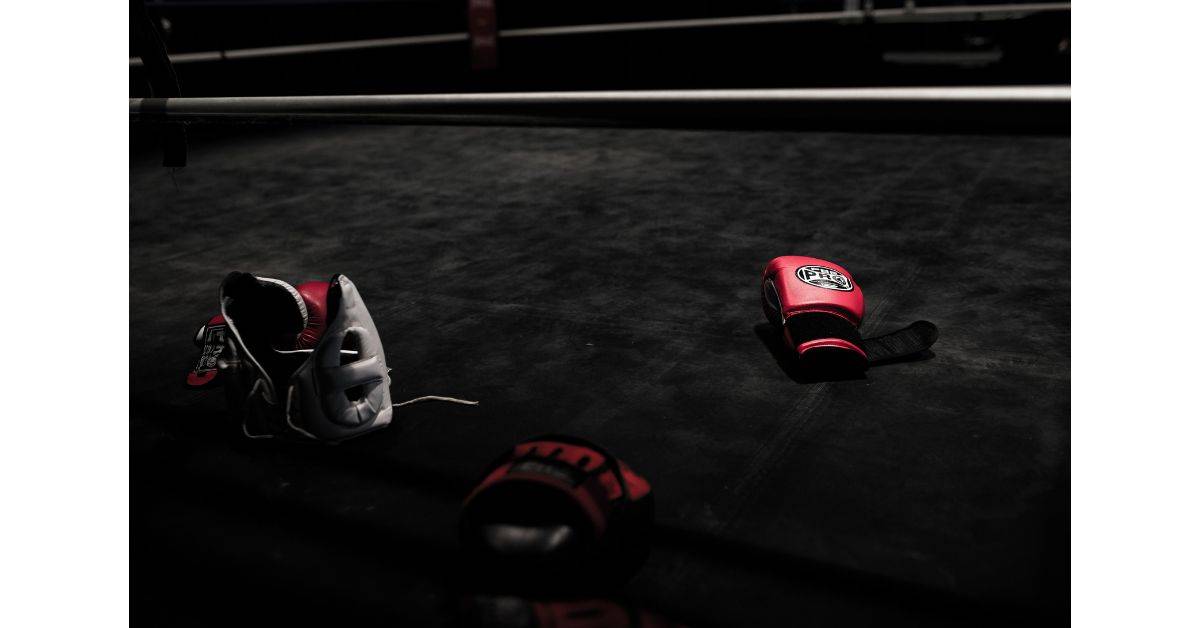 Boxing is one of the toughest martial arts to compete in. As a result, you don’t see elite boxers compete that often, for various reasons. For instance, one of the reasons they don’t compete that frequently is to not sabotage their positive records, as they want to seem as professional as possible.

Of course, there are numerous other reasons why professional boxers don’t compete for more than 7 times per year. Unless they seek recognition, they simply won’t fight for many times.

This article will shed light on some of these reasons. Likewise, we’ll discuss how you can start your journey as a novice boxing trainee.

Before we dive in, if you want to learn more about the rules of boxing, follow the link to an article of mine on the topic. Knowing the rules—is the first step you must take before even thinking about competing in the art of punching.

How long do boxers have to wait between fights?

If you have ever fought in a boxing match, you know how much stress it can have on your body. The entire pursuit of boxers is to hurt the opponent as much as possible; that’s already a sign that you’ll need to rest appropriately after a bloody match.

Boxers have to wait seven days before participating in another match. The first day begins in the day following the fight. So, if you wanted to compete on Sunday, you’d have to wait until Monday next week. That rule exists to ensure no permanent damage is caused to any contender.

Boxing is, after all, one of the most dangerous sports in the entire world. Therefore, many of its competitors—and even trainees—find themselves injured after a long session. That’s because your entire purpose is to hurt the opponent as much as possible.

We can’t forget, however, the amount of respect this wonderful sport presents. Although your goal is to hurt the opponent as much as possible, you’ll find yourself deeply respecting your opponents.

Boxing is a dangerous doing. It can, and is likely to, cause damage either in the short or long-term. Thus, it’ll be best if you take extended periods of rest after a tough match—to let your body enough time to recover.

If you want to know whether you should compete in boxing in the first place, be sure to follow the link to an article of mine on the topic.

How many times does an amateur boxer fight per year?

It’s only common sense that novice boxers will compete more. They, after all, seek recognition more than the fighters who already have it. Thus, they must put themselves out there more frequently.

On average, amateur boxers compete 20 times per year; Hence, almost twice a month. Nonetheless, the number ranges anywhere from 5-27 times in a year. The number is much higher than professional boxers because novice ones seek putting their name out there, as they want to ensure their growth.

If you’re an amateur boxer and want to put your name out there to gain more recognition, you must compete more often. However, before doing so, think of the amount of stress you’ll be inflicting on your body.

To say that your body will need plenty of time to recover—is an understatement. That is without considering the training itself, which also is stressful on the muscles.

Be sure to avoid overtraining, as it can be more harmful than the effects you’ll experience after a boxing match. You can do so by listening to your body and muscles; Do you feel stressed and fatigued? It may be a sign you need more rest before continuing your training regime.

If you want to learn more about tips for your first boxing fight, follow the link to an article of mine on the topic.

Do pro boxers train every day?

Your primary goal in any physical exercise—is to avoid overtraining. By doing so, you’ll be able to maintain a healthy lifestyle, both personal and with regard to fitness. However, it’s easy to get sucked into training too often, which will inevitably lead to symptoms of overtraining, which can be permanent.

Pro boxers train in boxing every day because they must ensure they’re constantly evolving as fighters. That said, taking days off—is a must, especially after extended fights. Likewise, some professional boxers don’t train every day – and instead take one day off a week.

If you’re a boxing trainee, however, training every day—is a bad call. Without proper instruction and coaching, you’ll fall into the trap of overtraining rather quickly.

In my life, I’ve experienced overtraining symptoms in my right biceps. As time went on, I noticed it didn’t go away, although I continued resting for weeks. As you can imagine, I don’t want you to fall into the same trap as I did. It’s easy to train every day intensely, as you’ll be excited in the beginning of your boxing journey.

So, although pro boxers train every day, it’s not likely to be suitable to your current position—unless you hire a coach to help you avoid overtraining.

If you want to know how many times a week you should box, follow the link to an article of mine on the topic.

Why do professional boxers rarely fight?

If you aspire to be a professional boxer, there’s one thing you should focus on: recognition. You want your name to be out there as much as possible. If that will be the case, you’ll be more likely to climb up the ladder of boxers.

Professional boxers rarely fight because the recovery process from a boxing match—is long and can take a few months. That’s the case because you have 2 boxers trying to hurt each other where it’s painful. Such a match leads to a great toll on the body; hence, it’ll need plenty of time to recover before moving on.

As I’ve previously mentioned in this article, boxing is one of the most dangerous sports. Therefore, we want to avoid putting too much stress over our bodies, as that will lead to overtraining. Likewise, the rate of injuries—is surprisingly high.

Boxing is dangerous because boxing is primarily about head blows. Boxers typically land 65 blows per round, or about 780 in a 12-round fight. Remember that most of these punches go for the head, which is absurd. The fact that most top-level boxers land with an accuracy rate of at least 40% makes things considerably scary.

Elite boxers land punches in an accuracy rate of at least 40%. That’s 4 out of 10 shots having landed in every fight. I hope you understand how harmful it can be on the contenders’ bodies—if they compete too often.

Learn how to train boxing at home—by following the link to read a complete guide I wrote on the topic.

Competing in boxing—is a fantastic choice. You’ll be able to progress much faster than the fighters who aren’t willing to compete. As a result, you’ll experience both the mental and physical benefits of boxing sooner.

For example, you’ll notice your physical shape growing. Likewise, you’ll be more confident and have higher self-esteem, as you’ll overcome obstacles in your training.

Truly, competing in boxing—is extremely difficult. You must be willing to get out of your comfort zone, which is something most people aren’t willing of doing. As such, you’ll gain a massive advantage simply by involving yourself in competitions more often.

If you enjoyed reading this article, you’ll also enjoy reading about boxing footwork drills that increase your speed and power.