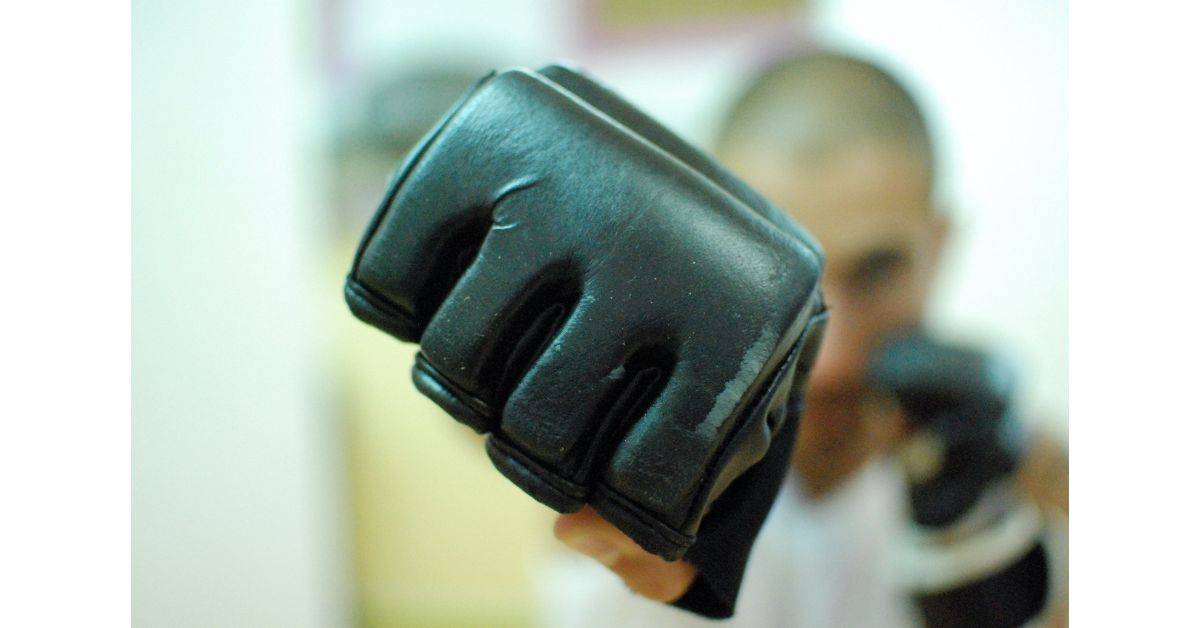 If you’re trying to increase your punching power, one solution you might have come across—is to strengthen your muscles. It’s not a coincidence that the hardest punches in the world also pack a larger amount than average muscle mass. Here are the muscles you should be working on to punch harder.

The muscles that work while punching are:

Of course, there are others who support the movement. And still, these are the primary muscles that work when you throw a fierce punch. To strengthen your power, then, will mean to focus on increasing the muscle mass of these muscles.

Your neck also plays a supportive role when you punch. However, increasing the muscle mass around this area—isn’t likely to improve your punching power as much as the other muscles.

Like the famous equation, F = m*a. Or, in simpler words, the force equals the mass times the acceleration of the movement. That’s why people with larger frame can also punch harder, considering their acceleration stays the same.

This article will discuss the muscles that work while punching. Likewise, it’ll demonstrate how you can start to increase your punching power in a few different ways. Before that, however, if you want to learn how to speed up your boxing footwork, follow the link. Now, without further ado, let’s dive in.

How to increase punching power

As I previously have mentioned, the equation F = m*a, is all we need to know to increase our punching power. I won’t tell you what you want to hear, as it won’t help you. Instead, I’ll give the complete truth.

To increase your punching power, you must either improve your technique and thus the acceleration of your movement; or, to increase the muscle mass that you pack in the working muscles while punching. Hence, work on your shoulders, quads, glutes, hips, biceps, triceps, abs, forearms, hamstrings, and all other supportive muscles.

The fast way will be to improve your technique. That is, of course, tough and will require you to practice. Once you’re capable of increasing your acceleration, the force you’ll be able to generate—will inevitably increase. That will eventually cause your punches to be harder and direct.

These are the two ways you can go about increasing your punching power. If you wish to become a solid fighter, it’ll be best if you follow both ways, so you’ll be able to get the most punching power with your technique and weight.

If you want to increase your punching power, here are six ways you can do so. Follow the link to read an article of mine on the topic.

What muscles do jabs work

If we examine this list, we’ll see that every punch works these muscles. However, the emphasis each has when you throw a different punch—is different. For example, when throwing a hook, you’ll work more on your hips than the other punches.

In a jab, you’re working more on your shoulders, as you’re not twisting your body with your hips. Most of the power, indeed, comes from the sheer force of your arm. If you wish to increase the power of your jab, you can either build more muscle mass in these core areas, or you can work on your technique and footwork.

The most important muscle for punching

This section will discuss which muscles are more important for generating most of the force. When I first looked into the answer, I was surprised to see that the power doesn’t come from the biceps, triceps, or shoulders. Rather, the force comes somewhere from the lower body. Let’s see where it comes from.

The most essential muscles for punching are the hamstrings and quadriceps. These are where most of the power is generated from, as elite boxers use their lower body more than the upper. Although we immediately think of the back, hands, or shoulders as the driving force, it’s not as accurate as we think.

As such, to improve your punching power the most, it’ll be best if you follow the two ways I’ve constantly mentioned in the article.

First, start by working on your technique. If you’re capable of honing your technique to such a degree that you throw the punch faster and with more hamstrings and quads involvement, your power will naturally increase.

Secondly and lastly, it’ll be best if you start involving weight lifting in your training schedule, so you’ll be able to increase your muscle mass in these core areas. As we now examined, don’t forget to work on your legs, since the hamstrings and quads are the driving force of your movement. Increasing their mass—will improve your power.

Where does punching power comes from?

When you throw a punch, you work many muscles in your body. It’s not uncommon to see an entire involvement of your body when performing such an action. However, let’s see where the driving force of the punch comes from. That way, you’ll be able to work on these muscles and increase your power.

The punching power you generate mostly comes from the lower body, hence the hamstrings, quadriceps, glutes, and even calves. That is against our common sense, which thinks that the back, arms, and shoulders—drive the most force. However, the lower body is responsible for the primary chunk of force.

It is likely that fatigue of the lower body and trunk muscles impaired ground reaction force, and thus punch force, production. This effect was larger in punches that involved a greater degree of trunk rotation, crosses and hooks, than in the jab which relies predominantly on arm extension. (SOURCE)

As you can see in the study above, fatigue in the lower body and back muscles—caused a decrease in punching power. We can understand that these two muscles groups—are the main authorities for the power we’re capable of generating.

As such, don’t forget to go through leg days, even if you hate them. Increasing your muscle mass in the lower body—will inevitably increase the amount of force you’re capable of generating with your punches. Of course, the upper body does have a role in punching, but a smaller portion than the quads and hamstrings.

Now that we understand the driving force behind our punches, we can start training toward the goal of increasing our muscle mass in these muscle groups. If we can start performing resistance training consistently, we’ll also be able to increase our punching power, with time.

If you enjoyed reading this article, you’ll also enjoy reading about whether you learn boxing in the military.

link to Do You Learn Boxing in the Military? The Answer Inside

Continue Reading
link to Street Fighter vs. Boxer – Who Is the Better Fighter?