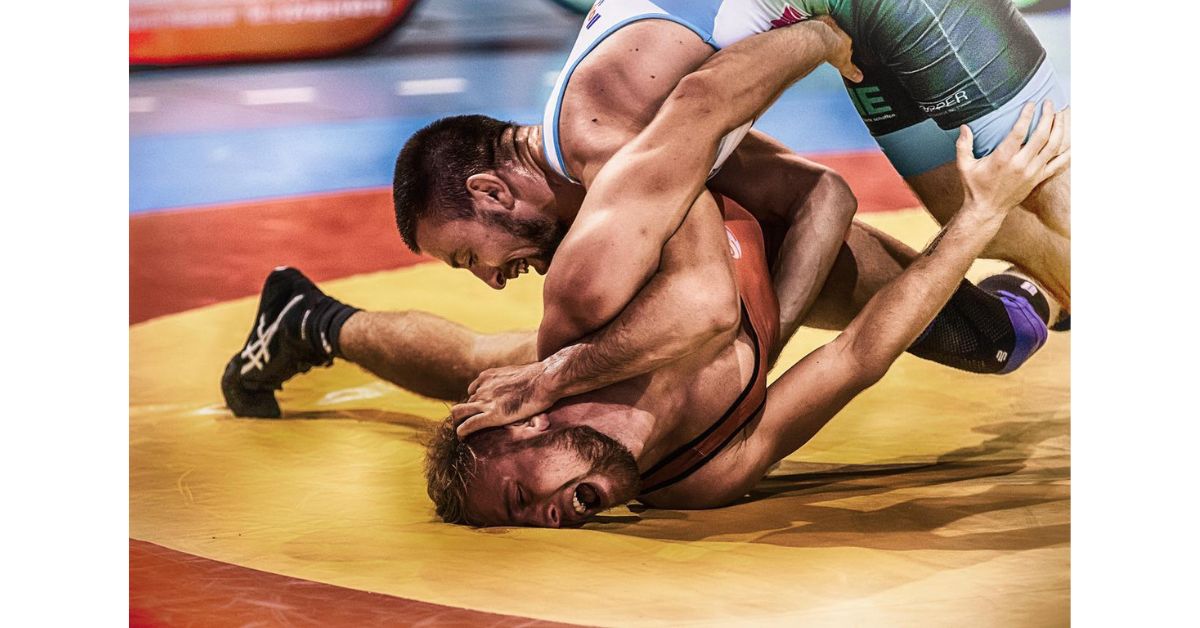 Martial arts’ purpose is to teach people to fight appropriately. So, as a result, they’ll teach their trainees effective fighting techniques, such as punching and kicking.

However, there’s one fighting technique that’s considered to be the most effective: takedowns & throws. Because of that, the martial arts that teach them have risen in popularity.

Here are the 5 best takedowns and throws in martial arts.

For instance, Brazilian Jiu-Jitsu or BJJ- is the art of grappling, including many takedown techniques, such as the double leg.

For that reason, many consider learning martial arts- mainly grappling and takedowns. Therefore, more and more people began studying this fantastic sport, the art of fighting.

This article is for you if you’re interested in learning the best takedowns and throws. Additionally, I’ll mention some martial arts that teach these techniques, as you may want to begin studying them.

In my eyes, takedowns and throws are the best fighting technique one can learn since you can disable an opponent with them- in seconds.

For example, if you land a takedown, you’re on your way to winning because your opponent is incapacitated on the ground, even pinned.

What is a takedown?

Martial arts teach numerous fighting techniques. One of the more effective ones- is known as takedown. So, let’s examine what it is and why it’s effective.

A takedown is a fighting technique that utilizes grappling the opponent to knock him to the ground from a standing position. As a result, if you can land a takedown, you’ll have the advantage since you’ll be controlling the fight, and you will pin your opponent to the floor.

Takedowns and grappling, in general, are the most effective fighting techniques- one can learn. That’s because you can use them to finish a fight and force your opponent to surrender in under 5 seconds.

Eventually, if you land a takedown, you’re likely to win the encounter because you’ll be over your opponent, which is an immediate advantage to your side.

The martial arts that teach takedowns are BJJ, Wrestling, Judo, and MMA.

Next, let’s look at throws and why they can also be valuable.

What is a throw?

Like the takedown, a throw is a grappling movement, which means it’ll also be as effective if not more than takedowns. So, let’s examine what it is and why it’s effective.

The primary martial art that teaches throws- is Judo, an Olympic sport and traditional martial art.

If you want to learn throws, I recommend considering Judo as your primary fighting style. Moreover, it’s one of the most effective fighting styles and suitable for self-defense.

When you watch a Wrestling competition, you most likely will notice someone using the double leg takedown, as it’s effective and not hard to learn.

The double leg takedown utilizes leaning into your opponent and grabbing his legs below the knee. Then, you want to create leverage with your head and, thus, make your opponent fall to the ground while you stay on top.

The primary reason I listed the double leg takedown in my list- is that it’s not complicated and easy to learn. Because of that, even if you’re a beginner, you can still practice it and see success.

The following video demonstrates how to execute the double leg takedown. If you’re interested in learning it, I recommend giving it a watch.

When I first stumbled upon the foot sweep throw, I was amazed at how easy it can be to make your opponent fall. In fact, I believe that anyone can learn it in under a single session, which is fantastic.

The foot sweep is- as it sounds, a throw that utilizes sweeping your foot on your opponent’s ankle and makes him fall to the ground. Many martial arts teach the foot sweep, such as Sambo, Wrestling, and Judo.

Consequently, if you need to takedown someone in a street fight or in a self-defense situation, you’ll be capable of doing so- effortlessly.

The following video is one of the best foot sweeps lessons I’ve ever watched. If you’re interested in learning it, I encourage you to learn Sambo, Wrestling, or Judo.

A slam is somewhat challenging to execute takedown since it requires much physical force. Hence if you’re smaller than your opponent, performing a slam- will be more difficult.

A slam is a takedown that utilizes you picking up the opponent in a sitting position and slamming him on the floor. In the UFC, many finishes involved slamming the opponent. As a result, you can see how effective it really is.

I believe slamming is one of the best because you can finish a fight in seconds when you land it. For instance, notice how the people who get slammed in the video have nothing to do with their situation, as they know they’re about to lose.

Nonetheless, it would help if you had plenty of physical force to slam someone. Because of that, if you’re smaller than your opponent, you’ll find it incredibly hard to execute such a move.

However, if you have some muscles, you’ll be able to utilize the slamming takedown to your advantage.

Explaining how to execute the shoulder throw- is difficult. Nevertheless, it’s one of the most beautiful throws. Moreover, it’s efficient, and you can use it to finish a fight swiftly.

Eventually, it’s harder to execute, as you’ll need to practice the motion a few times before you grasp the movement.

However, when you first land it, you’ll understand its power, as you use your back as an additional force. Thus you won’t need as much physical energy as the slam.

Here’s how you execute the shoulder throw flawlessly.

The sacrifice throw has to be the most complicated one on this list. Because of that, if you’re a beginner, it’ll be best to learn other ones. However, if you’re capable of understanding it, the results will be incredible since it’s effective.

The sacrifice throw is a movement that BJJ (Brazilian Jiu-Jitsu) teaches. Essentially, you grab your opponent’s collar. Then, you fall backward, generating leverage and force to flip your opponent above you.

Consequently, you limit your opponent, which grants you the advantage.

Executing the sacrifice throw will require plenty of background in takedowns and throws. As a result, it’s less suitable for beginners.

The sacrifice throw is as effective because you create large amounts of force while producing momentum when you fall on your back.

Finally, it’s one of the most beautiful throws, as it contains plenty of movement, which makes it both appealing to the eye and a practical fighting technique.

Many are martial arts that teach takedowns and throws. However, some are the exclusive arts of these fighting techniques. As a result, if you want to study grappling, it’ll be best to stick with them.

So, here are the martial arts that teach takedowns and throws.

First, the list isn’t as long as you may have expected. That’s because many martial arts teach takedowns and other movements, such as kicking.

However, know that the list goes further if we consider every fighting style that teaches throws. For example, Karate involves some takedowns and grappling techniques.

Nonetheless, if you want to study takedowns, I recommend considering one of the above fighting styles. However, some may be more suitable than others for your needs.

For instance, if you want to learn takedowns, consider wrestling. On the other hand, if you desire to study the art of ground grappling, Brazilian Jiu-Jitsu (BJJ) is for you.

BJJ or Brazilian Jiu-Jitsu- is the art of ground grappling. Frankly, I don’t know many other martial arts that are as effective as BJJ. Because of that, all the movements it teaches- will also be suitable for fighting.

BJJ takedowns are effective since anyone can use them without using large amounts of physical force. Moreover, anyone, regardless of size, can learn and use BJJ to disable any opponent with quickness. Thus if you want to know to fight appropriately, you should study BJJ.

Are takedowns and throws suitable for self-defense?

Takedowns and throws are suitable for self-defense because anyone can use them in various forms, such as slams. Moreover, such fighting techniques are helpful because you can finish a fight in seconds by landing a single takedown or throw.

Punching and kicking aren’t as effective for self-defense since everyone knows how to execute them. Moreover, defending against punches and kicks- is common sense.

On the contrary, most people don’t have a clue about takedowns and throws and their defense. As a result, if you know how to execute one technique, your chances of disabling the attacker- rise.

Are Judo throws allowed in BJJ?

Some Judo throws are allowed in BJJ, while others aren’t. As a result, it’ll be best to check the rules in the place you compete in. On the other hand, some Judo throws are legal in BJJ. Thus if you know some of them, you gain an advantage.

Eventually, all martial arts provide their trainees with particular lessons. Therefore, it only makes sense that you won’t see as many Judo throws then BJJ grappling movements- in BJJ tournaments.

Which martial arts has the best throws?

The martial art that teaches the best throws is Judo because it’s the art of throwing grappling. Moreover, Judo has evolved into what it is today through many trial and error experiments. As a result, it’s one of the most effective martial arts in today’s world.

Nonetheless, other martial arts, such as wrestling, also teach throwing techniques. Therefore, you’re not limited to Judo if that’s your goal.

It’s no secret that takedowns and throws are the best fighting techniques you should learn. As a result, if you want to learn self-defense and fighting in general, it’ll be best to stick with these techniques.

The 5 best takedowns and throws in martial arts are- The shoulder throw, the foot sweep, the slam, the double leg, and the sacrifice throw. Hence it’ll help if you learn to execute them if you want to become a solid fighter.

In general, learning martial arts- is a wise choice, as it provides countless physical and mental benefits, such as confidence and self-esteem. Because of that, I highly recommend beginning your journey as soon as possible.

I also wrote an article about the benefits of martial arts, and I recommend reading it to learn more about what you’ll gain from fighting classes.