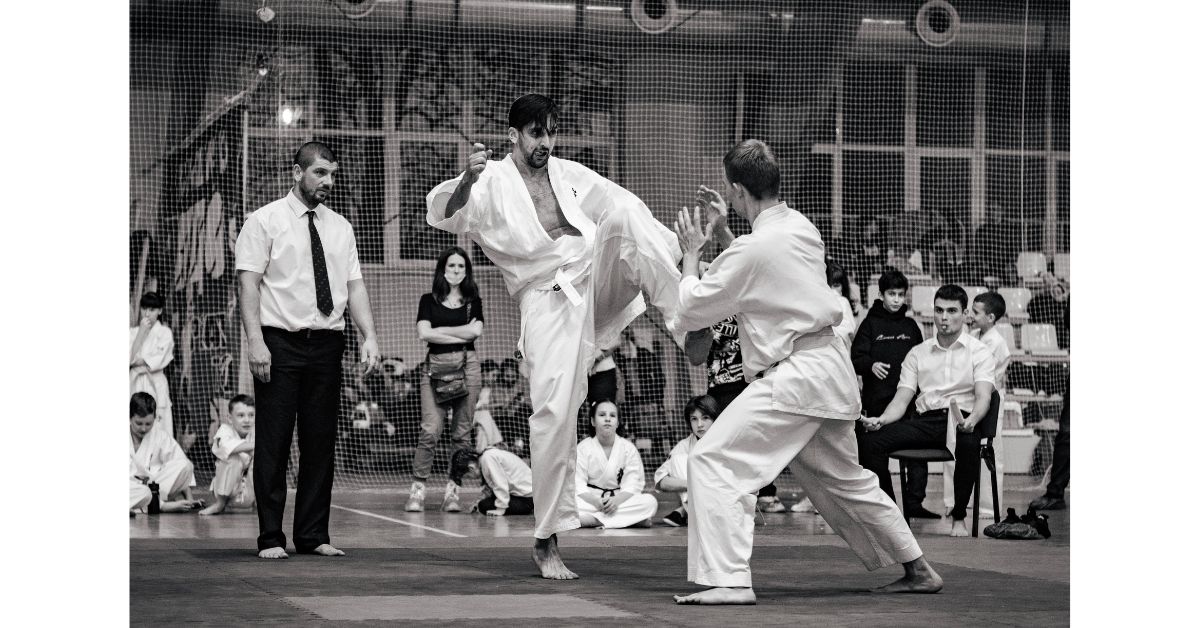 Karate is a sport that can be practiced by people of all ages and that promotes both mental and physical power. The traditional karate clothing that is worn during practice and in competitions is known as the karate Gi and a colored belt to signify their ability level in the sport.

The primary illegal techniques in karate include anything immoral, such as joint kicks and even eye gouges. However, the more traditional, raw styles of karate allow the use of such illegal movements, as they’re focused toward self-defense. Still, most modern styles ban the use of such movements.

Karate can be performed in a variety of contexts, including as an art form, as a self-defense technique, and in combat sports and there are rules and guidelines to it of which some are considered illegal.

The rules of karate made by the WKF are legal rules in karate combat or tournaments, and each athlete and official is required to comprehend the complete set of rules and guidelines of karate. Additionally, they have to follow them regardless of the competition type.

The traditional karate combat techniques include aggressive striking, the usage of throws, sweeps, takedowns, and some limited ground fighting.

Effective karate combat is described as an aggressive assault using legal strikes and takedowns that have a significant impact on the adversary. In karate competition, several rules are prohibited in training or actual competition and these are illegal things in karate.

Especially when in general when the technique is deemed excessively risky as you’re not allowed to kill your opponent. You can demonstrate the strike, throw, lock, etc. during practice, or if your skill level is high enough to control it, you can practice it under the guidance of a skilled instructor without actually using it in a fight.

In real life’s actual self-defense, there are no rules in karate. Only the rules you establish for yourself exist, though one must be careful. There are legal techniques when a fighter is grounded and while the fighter is standing. Legal techniques while standing include;

Legal techniques used while one fighter is grounded include;

Everything illegal in Karate

Illegal techniques in karate include:

These are all illegal things to do in a karate competition or karate sport in general. However, in the case of using karate for self-defense in real life, before using extreme force, it is preferable to try to defuse and neutralize the threat.

Karate isn’t focused on putting the opponent out or striking them hard, unlike practically every other martial art. The World Karate Federation has instead created and regulated a point scoring system.

There are variations where full contact is permitted, and the point system is very different, but the WKF oversees the most significant contests. As a result, when it comes to Karate as a sport, the rule set is regarded as the supreme authority.

Is punching allowed in Karate?

Some types of punches are allowed in karate. For example, a punch that lands hard on the hogu of the opponent earns one point. The punch must be straight punches with the arm outstretched; jabs, hooks, uppercuts, etc. Punches like these are acceptable, but do not count. Head punches are not permitted.

Punching is allowed in karate because it’s one of the basic fighting techniques it teaches. However, some type of punches are illegal, such as elbow punches. Nonetheless, the basics of offensive karate are built upon punching, and as a result, they’re legal to use freely.

These are the various legal and illegal things about karate. The goal of karate competitions, tournaments, and combats is to present bouts that both embody the ferocious fighting spirit and the traditional ethics connected to the Bushido Code.

To that end, opponents are awarded for their bravery in aggressively using their talents, and they are punished for their timidity or inactivity, which is shown by refusing to participate or engaging in just counterattacking.

In real life, when using karate for self-defense to repel an approaching attack, the force must be controlled, necessary, and proportionately deployed, so it doesn’t cause permanent damage as there are no rules to self-defense.

One must stay away from the excessive and disproportionate force that can cause great harm to others, so the purpose of karate is not defeated even in the cause of using it for self-defense.