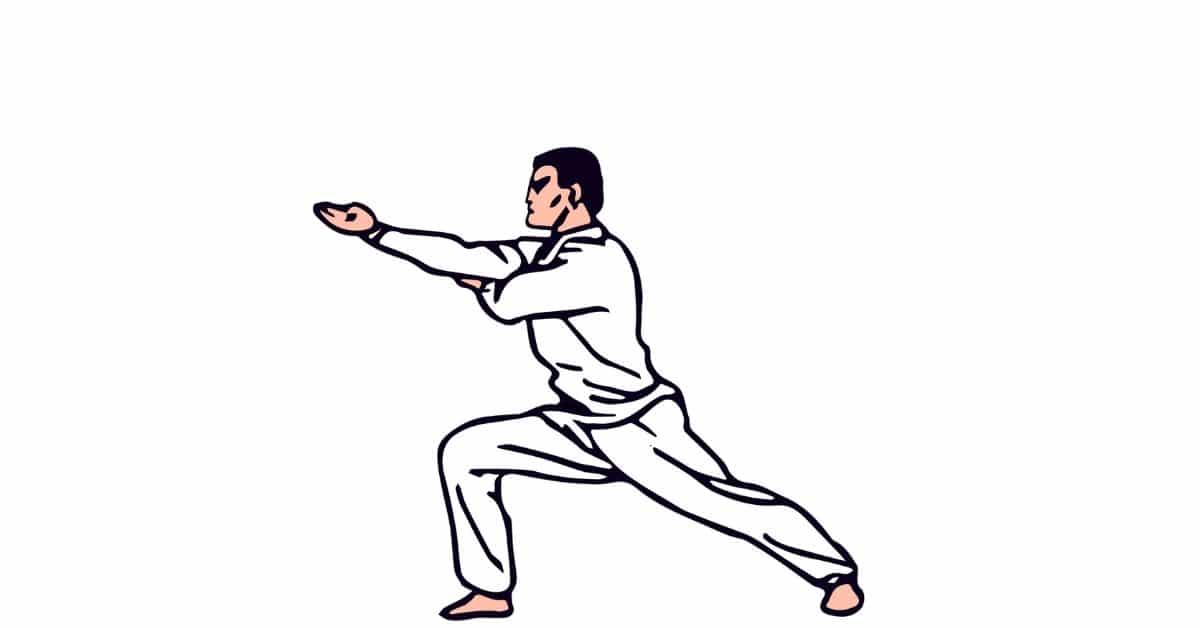 Although most people think Aikido is useless, it really isn’t. It provides many benefits, and thus it’s a practical martial art. Because of that, many people train in it and see the results. Yet, it has notable downsides, and therefore it doesn’t fit everyone.

Aikido isn’t useless because it reduces stress and aggression, betters physical shape, and improves confidence and self-esteem. As a result, one will benefit from training in it. Additionally, it has a rich history and therefore holds historical value.

However, Aikido has many downsides. So it isn’t suitable for everyone. Instead, particular people will benefit from it. If you’re interested in learning it, I recommend following to link to read the best martial arts for self-defense.

The following list is the reasons Aikido isn’t useless.

Before jumping in, I’ve seen success using two pieces of equipment. If I were to go back in time, I would’ve bought them earlier. They helped me progress at home, which was beneficial. I encourage you to buy this punching bag- by Everlast, and these punching gloves.

Martial arts training provides many benefits. Because of that, participating in them; is valuable. Today, being stress-free is highly desirable. As a result, if you can achieve that by learning to fight, there’s no losing.

Aikido reduces stress because it provides an outlet for the trainees. As a result, releasing built tension by practicing the techniques will decrease anxiety levels. For instance, many drills incorporate striking movements and therefore reduce stress.

Furthermore, some Aikido schools will involve aggression drills. As a result, you’ll release built tension. Therefore lower stress levels. For instance, hitting a punching bag will be in your training.

“The regular practice of martial arts could elevate mindfulness levels of practitioners and thus influence positively stress management and therefore the quality of life and well-being.”

As you can see, martial arts reduce stress, and it’s a fact. Because of that, if you want to do so, trusting the process; is crucial. Your goal shouldn’t be to reduce stress. Instead, strive to improve your skills. That way, you’ll gain the benefits the fastest.

Being less violent is helpful in many ways. First, it’ll reduce overall aggression levels. Secondly, it’ll decrease anger levels. Because of that, many try to achieve that. However, many don’t make it.

Aikido reduces violence because it provides an outlet for the trainees. Similarly to the reduced stress benefit, it does the same. The practitioners will release built tension and therefore feel calm post-training. As a result, violence and aggression levels will decrease.

Today, most people aren’t unleashing their energy. Because of that, feeling stressed or aggressive; will come naturally. As a result, you may feel angry after not training.

“Martial arts apprentices turned out to present a statistically significantly lower level of hostility and of the general aggression index than combat sports athletes.”

Overall, being less aggressive doesn’t mean not being capable of using physical force. Many people confuse the two. However, they’re not alike. When someone is aggressive towards another individual, it’s not because he’s a martial artist. Instead, it means that he didn’t release any tension.

Like the previous benefits, this is a desirable trait. Because of that, experiencing them while doing martial arts; is valuable. Because Aikido is a fighting style, you’ll learn to fight in it. Now, such activity is intense, and therefore it’ll get you into shape.

Aikido betters physical shape because the training uses many muscles in your body and thus burns more calories than the average activity. As a result, managing your body weight and getting into shape will flow naturally. On average, you’ll burn 580 calories in an hour of Aikido.

By constantly doing Aikido, you’ll be in shape quickly. Thus it betters your physical condition. However, building muscles with it will be challenging. Although you can combine it with weight lifting, it’ll be demanding. You’ll be required to train multiple times a week to achieve such a goal.

If you want to read more about this topic, I wrote an article on whether martial arts will get you in shape.

From personal experience, martial arts assisted me in building muscle and losing weight. Because of that, I write this section with complete confidence. Aikido is a fighting style that’ll help you in doing the same. Although it may not be your goal, it’ll flow naturally with consistency.

Most Aikido pieces of training will burn many calories. However, some won’t do as good of a job. Thus don’t expect results to flow immediately. Instead, keep up with training. Do the hard work- especially when you don’t feel like it.

4. Aikido is a form of self-help

Today, many people have some mental issues. Because of that, participating in an exercise where you’ll be improving yours; is beneficial. However, some individuals aren’t aware of this benefit. In fact, if they were, they would begin training in one.

From the study, we interpret that martial arts are a form of self-help. One will deal with anxiety and depression by doing one. As a result, it betters its trainees’ mental health- and therefore valuable.

Yet, you must understand that noticing these changes will take time. You are required to stay consistent to experience these benefits. As a result, don’t expect them in the beginning. Instead, focus on staying consistent.

Furthermore, many benefits will come sooner than others. For instance, increased confidence will show later in training. As a result, you’ll be discouraged- if you expect to increase your confidence. However, a better physical shape will be after the first session.

Today, bettering your mental health is highly desirable. Because of that, if you can learn to fight while improving yours, there’s no losing. Not only will you learn self-defense, but you’ll also be developing your inner self. As a result, training in Aikido is valuable.

Progressing outside the martial arts gym; is crucial. It’ll help you advance more quickly. Thus staying consistent will become more manageable. I wrote a complete guide to training martial arts at home, and I encourage you to check it out. It’s one of my most researched pieces of research.

5. Aikido is solid for self-defense

Today, knowing self-defense is incredibly helpful. Today’s world is constantly changing. Because of that, you must be ready for any scenario. Although you may suggest that the odds of a dangerous situation are low, it can occur.

Learning Aikido will teach you self-defense because it involves many practical techniques. As a result, you’ll learn to use physical force. However, many claim it’s useless for such a purpose because it’s not as practical as other martial arts. Such a claim is partially accurate.

In Aikido training, you’ll learn plenty about self-defense and fighting. Because of that, you’ll become a solid fighter. Yet, you’ll be required to stay consistent with training. As a result, you’ll progress your fighting skills.

However, some claim that Aikido isn’t as practical. Although that may be true, it still holds some value. Hence if your goal is to become a solid fighter, you may want to consider another martial art.

Other fighting styles are more suitable for self-defense. For instance, if that’s your goal, consider Krav Maga, MMA, or Muay-Thai. These are adaptive martial arts. Thus by learning them, you’ll become a dynamic fighter, crucial for self-defense.

“insisting on the best possible execution of each individual element of aikido certainly leads to an increase in the chance for its efficient and purposeful implementation in self-defence.”

The following video demonstrates distinct Aikido techniques that apply for self-defense. If you’re interested in learning it, I encourage watching it.

Why does Aikido have a bad reputation?

Today, martial arts are widespread worldwide. Because of that, many people participate in them. Thus the number of individuals capable of fighting is rising. However, Aikido doesn’t seem to have any respect. Let’s see why.

Aikido has a bad reputation because it’s not practical. As a result, using the techniques you’ll learn for self-defense is relatively challenging. For instance, many Aikido techniques rely on the opponent not resisting. As a result, they’re not realistic or helpful.

Yet, many people succeed in using Aikido as a self-defense martial art. However, understand that they have changed it to become adaptive and realistic. Therefore, it’s suitable for such purposes.

The following video shows how to use Aikido in MMA.

Should I learn Aikido?

Adapting your goal to the fighting style is crucial. For that reason- many people end up quitting at first. They didn’t research the appropriate martial art for what they were trying to achieve. As a result, they end up discouraged.

You should learn Aikido if your goal isn’t solely self-defense. Because it’s not a practical martial art, you’ll have trouble using its techniques for dangerous situations. If you’re interested in learning self-defense, you should not learn Aikido.

That said, some managed to use Aikido as a fighting martial art. Thus if you genuinely believe in it, you should study it. However, if you’re a beginner, I recommend reading the following post about the best martial arts. It’ll broaden your knowledge and ensure you’re choosing a suitable martial art for you.

Is Aikido difficult to learn?

Like many martial arts, Aikido is difficult to learn. Because you’ll be required to stay consistent with training, it’ll be demanding- to see results. Hence the first phase will be the most challenging. You’ll invest plenty of effort and see little results.

However, if you can stay consistent in the early training phase, you’ll be solid for the rest of your journey. Moreover, it’ll become effortless as time advances. You’ll make practicing a priority- since you’ll know the fundamentals.

Eventually, learning Aikido will provide its trainees with many benefits. Because of that, it holds value. For instance, staying consistent with it will increase your confidence and self-esteem. Thus if you’re interested in doing so, you’ll benefit from it.

Moreover, many believe Aikido is useless because it isn’t as practical as other martial arts. Although that’s true, it still holds value. Again, the number of benefits you’ll gain is incredible. Hence you’ll have many positive experiences- by doing it.

link to How Fast Do Professional Boxers Run? Boxing

Running fast—means your aerobic shape is better. As such, boxers improve their running, so they can last longer in the boxing ring.

Boxing is one of the most entertaining martial arts in the entire world. Here are boxers who have never won a single fight.