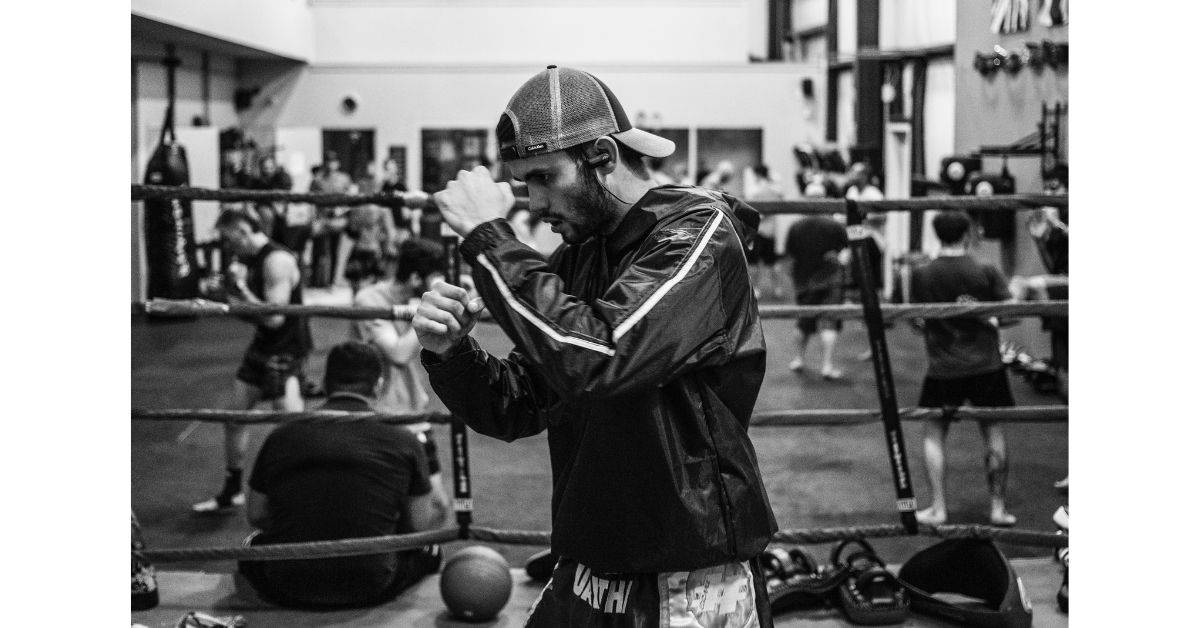 Boxing, like most martial arts, is a practical sport that involves exercises such as sparring with a fellow boxer. Sparring is the ultimate test to discover whether one has learned fundamental boxing skills and can help one develop their boxing skills further.

Sparring is not a mandatory exercise to do in boxing. A student learns most of the fundamental skills in boxing away from sparring. Sparring is unnecessary if one has taken up boxing for health and well-being purposes and is not interested in professional boxing.

Most people want to learn boxing skills, but do not want to spar in the ring and risk injury during practice. For this reason, in most reputable gyms, sparring is optional.

Before we dive in, if you want to improve your boxing abilities almost immediately, here are the best boxing shoes you should consider buying—to improve your skills and help you progress faster. Follow the link to learn more.

Can you learn boxing without sparring?

Sparring is an essential exercise in boxing. Sparring is a distinctive training tool that enables students to familiarize themselves with hand-to-hand combat that occurs in the real world. So can you learn boxing without sparring?

One can learn boxing without sparring by concentrating on heavy bag classes, footwork, pad work, and conditioning classes. One can practice drills, combinations, and boxing timing through shadowboxing, touch sparring, and tag boxing. This enables a boxer to develop their footwork and reactions.

Engaging in pad work with one’s coach or partner enables a boxer to develop their fundamental skills and sharpen their techniques by getting live observations and assessments from their coach. Fighters should engage in heavy bag classes to improve their boxing if they are not engaging in sparring exercises.

Tag boxing is an alternative to sparring that enables a boxer to improve their boxing. Tag boxing is a drill that involves two partners tagging each other on the shoulders or thighs. It does not include wearing boxing gear and focuses on improving a boxer’s movement and reactions.

Shadowboxing is a drill that involves a boxer imagining a physical opponent in front of them and fighting them as if they were in real life. This technique improves reactions, footwork, predicting the opponent, timing, and visualization.

Engaging in boxing drills is essential for any boxer to train their bodies and brains to absorb the movement patterns. Fighters can perform drills by holding up boxing gloves for their partners to act as punching targets. Boxers have to perform routines repeatedly as they take turns until it sticks.

Before moving further, I encourage you to follow the link to learn who the best boxers in the world are. Knowing them—is critical for those wanting to take their boxing game up a notch.

Is boxing without sparring effective?

Sparring is essential in the development and growth of a fighter. Boxers use a particular technique for attacking, dodging, and counter-attacking a rival.

Boxing is effective without sparring, depending on one’s goals when indulging in the sport. If one is training to become a professional boxer, then sparring is fundamental in one’s journey toward improving their boxing. If one is practicing boxing to relieve stress and gain muscle, using other exercises is effective.

To become good at boxing, one must have great movement, which a boxer can learn without sparring if they are committed to perfecting and advancing their technique. However, it is difficult to consider oneself a good fighter without applying boxing techniques and combinations to an opponent.

Pro-boxers add sparring to their training routines, as it helps them improve their quick and timely reflexes and reactions. Sparring is constructive training as it combines one’s defense, agility, critical thinking, and tactical moves.

Sparring trains a boxer’s muscle memory and uses the memory efficiently in real fights. It not only helps a fighter to master physical skills and technique, but also aids in improving one’s mental state while one faces an actual counterpart.

Sparring involves using boxing gear such as sparring boxing gloves. Boxers use these gloves to protect themselves and their opponents by reducing the impact of punches and the chance of injury.

Professional boxers should prepare their body and mind for what will come next in intense situations. Sparring is unnecessary when the goal is to learn boxing to improve overall health.

Can you learn to box without fighting?

Many people want to learn boxing but do not want to encounter opponents in the ring. So can one learn boxing without fighting?

One can learn to box without fighting, as there are alternatives one can take up that do not involve fighting. The other options include private sessions with a coach, boxing partner drills, and sessions using focus mitts, punching bag work, and air boxing. These exercises teach a boxer the fundamental skills of boxing.

Getting a boxing coach is an excellent way to speedily and efficiently advance one’s boxing skills. A training coach adjusts the training regime according to the boxer’s needs. A good coach can add a variety of exercises to your training regime that will tend to feel like sparring.

A coach can decide to wear protective gear across most of their body and have the boxer deliver combinations on them as though they were the opponent.

They can also throw light punches toward a fighter for them to react and develop better patterns and movements. This exercise will help the boxer develop the counter ability and defensive skills.

A boxer can combine technique drills and practice combinations while moving around a swinging bag. The bag’s motion as it swings back and forth allows the fighter to move around the bag to improve their footwork without fighting.

Focus mitts are an effective way for a boxer to improve their boxing without fighting. It enhances the boxer’s speed, fight IQ, defense, punching technique, and hand-body coordination. Moreover, it allows the coach to correct the fighter on boxing aspects they are bad at performing. Likewise, it will enable the boxer to refine the skills they are already good at executing.

If you want to perfect your boxing technique, follow the link to learn how to do it with a step-by-step guide.

The benefits of sparring in boxing

Sparring improves a boxer in many ways, as evident when expounding the benefits of sparring in boxing.

Sparring enables a boxer to improve their skill in boxing and enables them to practice actual footwork. It allows a fighter to get the experience of a real fight. The fighter can identify their strengths and weaknesses when they practice sparring frequently. Sparring is a healthy form of anger management.

A boxer learns when to land a punch, how to land it, and how to defend themselves in real-life situations. Sparring teaches fighters how to healthily turn their aggression on and off, thus making them more in charge of their emotions.

When attending heavy bag classes, after one punches the bag, it swings, and due to its resistance rate, it gives a boxer very little time to practice their footwork. Fighters should practice footwork while sparring because one reacts to a real person’s reflexes.

Sparring helps a boxer discover what they are wrong and good at executing. A fighter may realize their weakness is lack of speed. After they learn this, they can train with agility ladders or jump rope to improve their quickness. A boxer may discover they do not hold their hands up constantly; thus, they need to train with a speed bag often.

Boxers make many mistakes during sparring sessions. One can be able to create boxing routines according to their weak points.

Boxing is an active sport that requires a boxer to apply the skills they learn in real-life situations.

One can learn boxing without sparring and fighting by focusing on drills, heavy bag classes, using mitts, touch sparring, shadowboxing, tag boxing, and private sessions with a coach. Boxing without sparring is effective depending on why you are indulging in the sport, whether for fitness improvement or stress relief.

Determine why you are engaging in the sport before taking a boxing class, as this will influence the decision on whether you can box without sparring.

If you enjoyed reading this article, you’ll also enjoy reading about the best boxing headgear. Protecting your head is truly a priority in such a dangerous sport, where the rate of injury—is extremely high. So, do check it out.