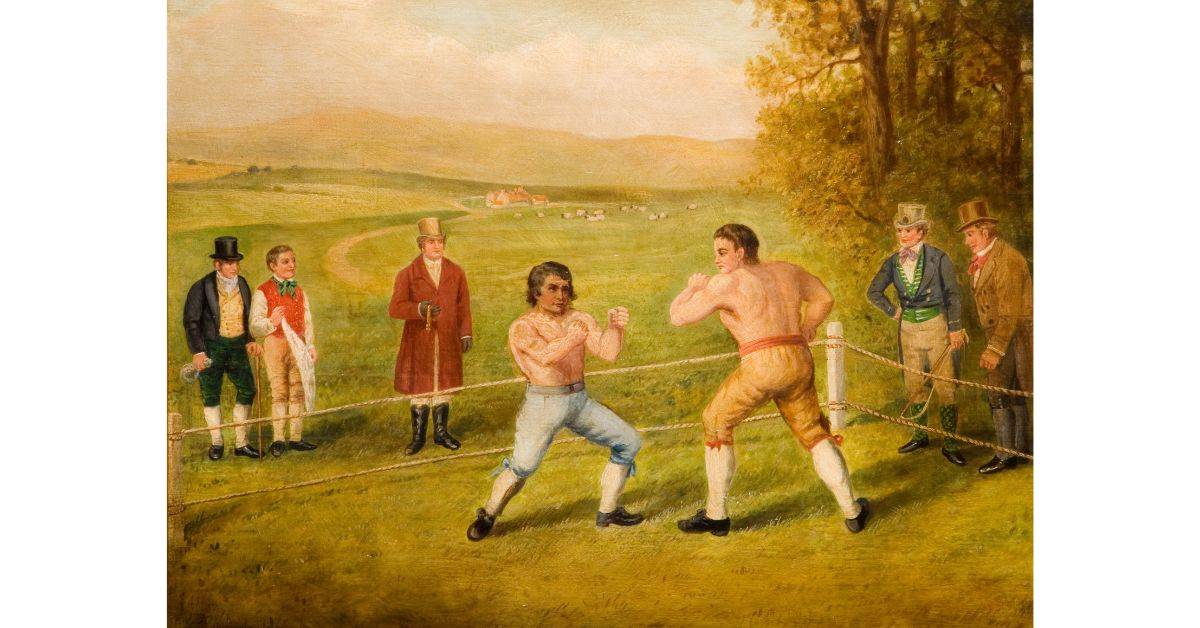 Boxing is one of the most difficult sports you can partake in. Here you have two fighters, trying to beat each other up – as such, we can’t expect it to be easy on the boxers. Of course, the recovery, and rest period from the fight itself—will take an extended period, more than you can think.

Professional boxers fight so rarely because of a few reasons; first, the financial incentive. The fighters have enough money from each fight to sustain themselves and their family. Secondly, the time it takes to recover from each fight—can be numerous months. And lastly, it takes time to arrange fights and deals between boxers.

All of these three reasons contribute to the fact that the organizations behind the boxers—take plenty of time to arrange fights and deals with other fighters, who seek to get the best deal they can find.

Some boxers, however, fight on a monthly basis. That’s because their names aren’t as out there as more famous ones, who can afford not to fight every month.

Likewise, the preparation phase for the fight—is tougher than you may think. The boxers have to be in their prime for each individual fight. Because they’ll be unable to train in the approximate period after the fight.

This article will discuss the reasons why boxers fight infrequently. After reading it, you’ll have a better understanding of how the boxing business works. Likewise, you’ll better appreciate the effort boxers go through to ensure they’re the best they have ever been.

Before we dive in, if you want to learn more about how often do professional boxers train, follow the link to an article of mine on the topic. To be like the best, you must also train like the best.

Why do boxers fight so infrequently?

In the rules of boxing, there’s an obligatory rest period that fighters must take to ensure they rest appropriately. All boxers, however, seem to ignore it, as it’s an absurdly short period compared to the real amount they need to be ready for the next fight. We’ll discuss that rest period later in the article.

Boxers fight so infrequently because they don’t have to fight every month, as the payday for each fight—is plenty. Although that’s not everyone’s payday, but Floyd Mayweather Jr. has been paid more than 300 million dollars for a single fight. Likewise, boxers have to be in their prime to fight again, which takes time and effort.

Moreover, the res period from each fight is more than you think. When there are two fighters whose entire purposes and training is to beat the other one, there’ll be plenty of both short and long-term injuries. And so, the recovery period from each fight—is longer than what you may think.

There’s no real reason for professional boxers which names are already out there, and they’re famous, to fight more than three times per year. Nevertheless, some fight more on a monthly basis, which requires them to invest plenty of effort and constantly come at their best.

If you want to learn how long do professional and amateur boxers wait between fights, follow the link to learn about the answer.

How often do pro boxers fight?

Now that we understand why professional boxers fight so rarely, we can discuss the practical side: which is, how regularly do they actually fight. Before we begin, however, there are two distinct cases which we have to examine. The first is a guy whose name is out there, and another that he’s more of an unknown in the industry.

Professional boxers fight anywhere from twice to 7-times per year. The more known the fighter is—the less he has to perform. On the other hand, if a boxer wants to get his name out there, so he can make more money per fight, he would fight seven times per year, which is harder than it sounds.

Boxers know they have to perform at their prime, regardless of whom they’re fighting against. If they come somewhat unprepared, they’ll also lose the fight. And, in such a competitive industry, where everyone wants to reach top levels, that’s all it takes to not make as much as money as you could have.

You always have to perform at the best of your abilities. If you underperform, you’ll also be gradually losing your name as a top-level fighter. And, in the boxing industry, you must ensure you’re always at your best.

For these reasons, pro boxers will not fight as often as they would’ve wanted to. Recovering from a fight, and returning to proper shape—can take numerous months. As a result, it’ll be challenging to fight more than 4 times per year and come at your prime. Thus, you don’t see the big names in the industry—fight every month.

How often do amateur boxers fight?

Amateur boxing is widely distinct from professional one. For instance, the use of protective headgear—is a must. Likewise, there are fewer number of rounds. In professional matches, there are 12. However, in the amateur ranks, there are 3 rounds.

Amateur boxers will fight more typically than pros, approximately 20 times per year, since the fights themselves are less demanding. As such, the recovery period from the matches—will be less. Another reason is that they want to get their names out there, as they’re not as known as the big names in the industry.

To rise from the bottom ranks, you must also act like one. As such, you can’t fight twice a year and expect your big payday to come one day. For that reason, if you’re an amateur and want to get your hands on a professional license, you must also be ready to train and fight like you’re at the top.

To reach such a stage, you’ll be required to train extremely hard. Boxers treat their bodies as temples, as their paydays are dependent on it. Thus, they train up to 14 times per week, including early rises and clean eating.

If you want to learn how to eat to become a professional boxer and to optimize your progression rate, ensure you read an article I wrote on the topic—by following the link.

How long do boxers have to wait between fights?

Boxing is one of the most demanding sports worldwide. Boxers who have just fought professionally—may take up to 8 months to return to the shape they were in before the fight. That’s because they’re extremely like to injure themselves during the fight, as you have two fighters whose entire purposes is to hurt each other.

Boxers have to wait seven days after a fight, prior to fighting again. However, most professional boxers take up to 8 months to recover and return into their prime. Amateurs, however, can’t afford to not fight at least 20 times per year, to ensure their names will start spreading in the boxing community.

The elite professional boxers can afford not to fight more than twice per year, because their paydays are extremely high. Hence, they don’t have to risk their bodies and recovery process with getting into another match.

Professional boxers fight rarely, as they want to ensure their recovery process is complete. Would you want to enter a boxing ring again if you were out of shape from your last fight?

Amateur boxers, however, don’t need to rest as much, as their fights are only 3 rounds long. Nevertheless, when you’re inside the ring for 12 rounds, you’ll need to rest for at least 30 days before you can enter it again.

If you enjoyed reading this article, you’ll also enjoy reading about why boxers sweat so much when they enter the boxing ring. Implementing this in your fights—will help you win more fights.

link to Do Professional Boxers Have Cheat Days?

Boxers may have some cheat days once in a while. However, the elite boxers will not dare to cheat their diet. Let's see why.

Continue Reading
link to How Often Do Professional Boxers Train? Every day?

If you want to be like the pros, you must also train like the pros. Here's how often professional boxers train & how hard their training is.