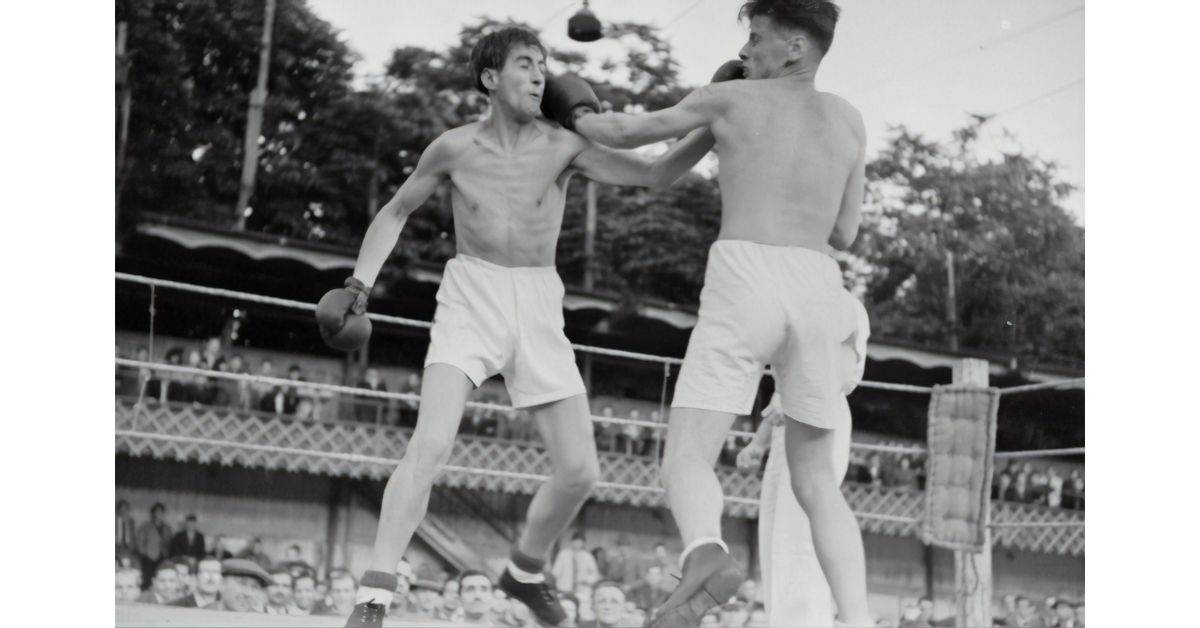 Boxing is a combat sport between two fighters; therefore, a fighter must be strategic to win the fight. The strategy involves having techniques and moves, such as hugging, one can use to gain an advantage over their adversary. So why do boxers hug during a match?

Hugging is a strategic technique that fighters use as a defensive maneuver to neutralize the opponent. Allowing hugging in a match causes it to go on for long periods, as fighters use it to save energy in a sport such as boxing with a high work rate. The referee allows hugging only for a short period.

Hugging is a divisive technique essential to a winning strategy and is fundamental in every boxer’s list of skills.

Before we dive into the article, I encourage you to pair yourself with the best boxing shoes to amp up your boxing abilities a notch.

When watching a boxing match, one might witness boxers hugging and think it is a sign of affection, which is not the case.

Boxers hug during a match as a defensive technique to break the opponent’s rhythm and stop their momentum. Fighters hug when they need some rest after the opponent injures them during the match. Hugging tires out the opponent and saves the fighters’ energy as they use less force to punch due to short-range distance.

When one’s opponent has good form and flow, they can catch the other boxer on the wrong end of the action; therefore, they prevent their opponents from finding this rhythm through hugging. A fighter uses hugging to minimize damage when their opponent is ahead.

If a fighter is on the receiving end of their opponent’s blows, they hug the opponent to neutralize and assault by stopping the action and causing a break.

Fighters hug opponents to prevent themselves from receiving powerful punches. When one reduces the distance, the opponent cannot accelerate a punch with their fist, reducing the power of their punches. Distance affects the power output of a punch.

It is an efficient way of tiring out opponents as they struggle to push back and get out of that vulnerable position. It is convenient for heavy boxers as they can tire their opponents and still rest their weight on them to increase the effect.

Hugging gives a fighter advantage over their opponent. Shorter boxers try to reduce the distance between them and taller boxers to be at an advantage up close. Huge boxers hug until the referee separates them so that they can fight at length again.

Is Clinching and Hugging the Same in Boxing?

Hugging is an integral part of boxing; therefore, understanding the terms used in the sport is fundamental to being an excellent fighter.

Clinching and hugging are the same in boxing, as a hug is what boxers refer to as a clinch. A clinch is a strategic move whereby the fighter leans on and traps the opponent’s arms with their own to stop any action from occurring and cause a break. Boxers use a clinch many times that look like hugging.

The rules of boxing prevent holding the opponent; therefore, it is essential to distinguish between clinching and holding. Clinching aims at closing the distance by entering the opponent’s guard and pinning their arms under your own to symbolize hugging them around the body.

A boxer should use clinching when they have the height to reach an advantage to keep the opponent at a distance that can damage the opponent and be out of their reach.

When locked in, a boxer should take a moment and focus on regaining their breath. Giving little effort, such as constantly pushing the head and weight on the opponent, will enable a boxer not to give away their position.

While waiting for the referee to separate the two fighters, the boxer should use their movement to balance their body. Boxers delay the referee from breaking the clinch by loosening one arm and using it to land punches on the opponent. Boxing rules allow fighters to combat their way out of a clinch.

When the opponent injures a boxer badly, the boxer should clinch rapidly to give them a few seconds to recover.

If you want to know who the best boxers in the world are, follow the link to an article of mine on the topic.

Is Clinching Allowed In Boxing?

Every sport has its set of rules and guidelines that every player needs to adhere to, and so does boxing.

Boxing rules allow clinching, but specific restrictions that are subject to point deductions if not met. Boxers should use it for short periods only as a defensive measure. The guidelines of the WBC state that when there is excessive holding of the opponent or maintaining a clinch, the referee deems it foul.

The referee will stop the clinch and reset the action quickly when the clinch stays for a long time, particularly when both fighters are not trying to strike or improve their position. Judges penalize the boxer with point deductions if they use the clinch frequently in a match and are not active in combat.

When the referee breaks the boxers from a clinch, they have to take a step back and cannot immediately throw jabs at the opponent, as it is illegal. Boxing rules term this illegal activity as “Hitting on break.”

Holding is illegal in boxing; this typically occurs when a boxer wraps one arm around the opponent’s waist while leaving the other arm to throw punches.

Clinches usually last for 2-3 seconds before they are broken up but also, depending on the referee and the level of fighting, the amount of clinching allowed varies.

Clinching is legal, but it can be gruesome, as some fighters use it to their advantage in most cases.

If you want to learn how to become a professional boxer, follow the link to an article of mine.

Why do boxers put Vaseline in their noses?

A cut man is a person who applies Vaseline to the boxer’s face. Their job is to prevent or treat cuts, swelling, and lacerations.

Boxers put Vaseline in their noses as it is mixed with a coagulant, slowing the bleeding and protecting the damaged area. If a boxer’s nose is bleeding during the match, the cut man typically puts a dab of Vaseline up it to reduce the bleeding.

Most boxers prefer cut men to apply Vaseline for their nose, lips, cheekbones, jawbones, and beneath their eyebrows. Cut men apply Vaseline by dubbing it in the desired location with their fingers or cotton swabs. The cut men reapply the Vaseline between each round as needed.

Vaseline does not decrease the pain, but prevents punches from connecting because it causes the skin to be very slippery. Applying Vaseline on the face boosts a boxer’s longevity in the ring by protecting the face.

When a boxer has a dry face, and the opponent’s leather gloves hit them, it will leave a burning sensation on the boxer’s skin. However, with Vaseline on the boxer’s face, the punch is most likely to prevent burns and reduce the chances of getting a cut.

The referee can instruct the trainer to remove an excess deposit of Vaseline, as the opponent’s gloves might pick up a substantial amount of Vaseline. If the opponent’s Vaseline-covered glove hit the boxer in the eye, the substance can affect the eye negatively and irritate it.

Clinching is a defensive move that is an essential part of boxing.

Boxing guidelines allow clinching, but with some limitations. It can help strategic boxers to win fights as they frustrate, tire, and neutralize their opponents. It is an opportunity for tired and gassed-out boxers to take a breath.

Knowledge of clinching is vital to reach a higher level of boxing mastery, for any boxer to add to their arsenal of skills.

If you enjoyed reading this article, you’ll also enjoy reading about the best footwork drills to increase speed & power.