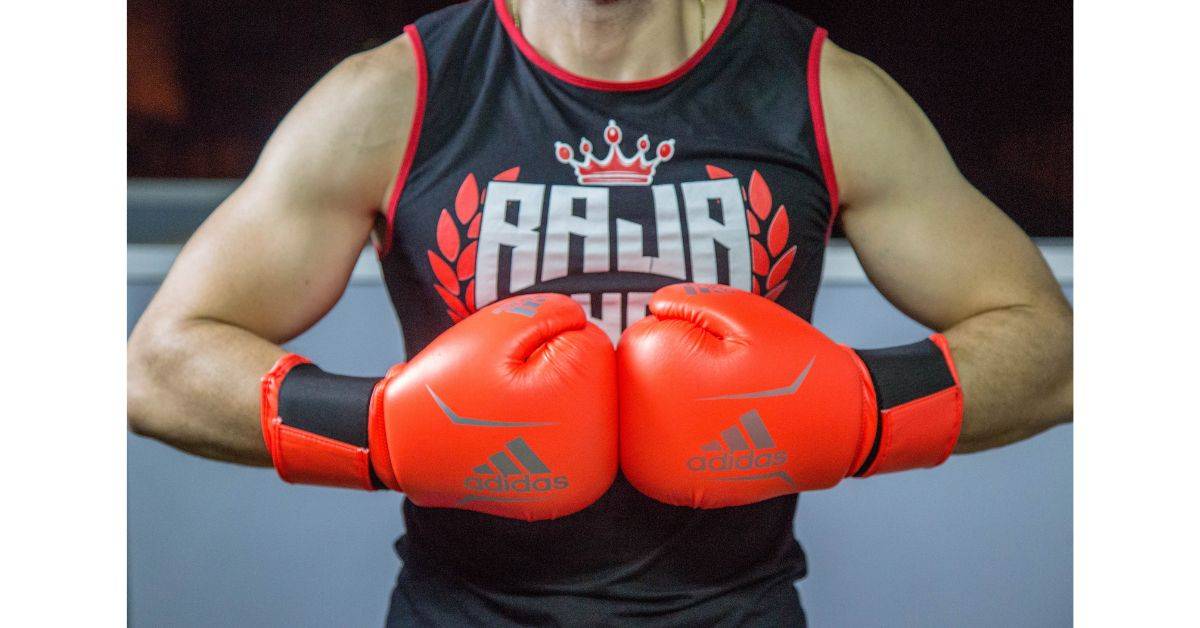 Boxing is one of the greatest martial arts of all time. At first, it started with both fighters having no protection gear on them. They fought bare-knuckled. Today, however, boxers use boxing gloves for two primary reasons, here they are:

Boxers wear punching gloves because it greatly reduces the risk of wrist and facial injuries. When fighting bare-knuckled, it’s much easier to cause severe facial damage to your opponent. One powerful punch to the nose—is likely to cause bleeding. Additionally, they wear it to avoid wrist and hand harm.

However, while you’re more likely to experience hand and facial injuries when boxing bare-knuckled, you’re less likely to have brain damage as a result of the fight.

Fists cause much more damage to the opponent. If you manage to land a fierce punch in a self-defense scenario, your opponent will be in great pain. You must ensure, however, that you’re using proper technique. If you don’t, you’re much more likely to experience wrist injuries.

Before we dive into the article, if you want to better your boxing ability, I encourage you to pair yourself with one of these boxing gloves. These are footwear with high-grip, to help you avoid slipping and better your stability and balance while fighting.

When did boxers start using gloves?

Throughout history, there was no such thing as boxing gloves. Boxers used to fight bare-knuckled, as there was no real reason to invent such protection gear. As time passed, however, people began realizing the amount of injuries boxers experienced, especially in their hands

In the following section, we’ll discuss which one is better, fists or boxing gloves.

If you want to win your first boxing fight, follow the link to an article of mine on the best tips for winning your first match. Be sure to read it!

The use of protective gloves has only recently been added to the must-use equipment in the boxing scene. That is, if we understand that the sport of punching exists back in 688 BCE.

Boxing gloves don’t hurt more than fists, because it’s a flat surface rather than the shapes of our hands. Likewise, it lowers the risk of getting facial or hand injury in a boxing match. However, the use of protective gloves greatly improves the risk of the boxers getting brain damage from a punch to the head.

In a self-defense situation, using your fists is better, not that you have a choice. And still, if you were to use punching gloves, you would’ve been able to inflict much less damage both in the short and long-term of the fight.

Who do you think would win, the individual who wears protective equipment or the one who is fighting bare-knuckled? Of course, the fighter, not using boxing gloves—can cause more damage to the opponent. As a result, his chances of winning—are higher than the one using protective gear.

I’m a big fan of boxing gloves. They ensure our safety in the long-term. If you constantly train or fight without them, you’ll find yourself having wrist or hand injury rather quickly.

A boxer’s fracture is a break in the neck of the 5th metacarpal bone in the hand. It gets its name because the injury is common in inexperienced boxers. The metacarpal bones are the intermediate bones of the hand found inside the flat part of the hand.

Here are the boxing gloves I recommend you to buy the most. They are, indeed, high-quality ones that’ll ensure your protection.

If you want to learn more about the best footwork drills to increase your speed and power, be sure to follow the link to an article of mine on the topic.

Why do boxers tap hands before a fight?

At the start of every boxing fight, you’ll see the two boxers tap their hands. Such a ritual is more common than you think. In fact, in other martial arts, such as MMA and Muay-Thai, the same tap exists. Let’s see what that means.

Boxers tap their hands before a fight to show respect to one another. In some cases, some fighters aren’t willing to tap their opponent’s hands in a goal of disrespecting him. That said, such an instance doesn’t usually happen, as martial arts is a sport that’s all about honor and respect.

As you’ll see in the video, moments of respect are common in boxing. As much as the boxers may not like each other, showing up to the ring—is honorable. Few are the people who would put themselves out there in such a position.

Because of that, the two boxers know what it takes to show up and fight another person in front of others. As a result, they also respect that decision more than ever. And thus, it’s not uncommon to see full-on rivals tapping their hands and respecting one another at the start of their fight.

Why do boxers tape their hands before putting gloves on?

Boxing is one of the most dangerous sports in the world. It’s not as uncommon as you may think to experience severe hand, wrist, finger, or even brain damage. So, you may now understand that protection should be your number one priority.

Boxers tape their hands before putting gloves to ensure their wrist and hands have an extra layer of protection, so to avoid permanent future injuries in these areas. Hand and wrist injuries are the most common ones amongst boxers. As a result, boxers prioritize protecting these areas above all else.

As you can see, wrapping your hands really is not that difficult. In fact, it’s fairly easy to learn that skill.

Nonetheless, most people don’t take the time to learn the appropriate way of doing so. Hence, they end up permanently hurting their hand and wrist because they punched one time incorrectly.

Yes, it only takes a single punch without proper technique to experience such injuries in the long-term. After all, do you think professional boxers need to tape their hands, and you don’t? Of course, you must do that as well, as all the other serious boxers follow that ritual.

If you want to learn more about avoiding injuries in boxing and how to keep yourself safe in such a dangerous sport, be sure to follow the link to learn how you can do so.

To end this article, I want to emphasize my appreciation to the art of boxing. Although most people refer to it as an extremely dangerous sport, they’re actually correct. But, if you can wear protection gear to ensure you don’t severely injure yourself, you’ll be minimizing the chances of you getting hurt.

As such, always ensure to wear gloves, even if they seem like a stupid clothing to wear. You can train bare-handed. But, know that a single strike, with improper form—will cause severe damage to both your hand and wrist.

If you enjoyed reading this article, you’ll also enjoy reading about the best boxers in the world. Knowing who they are—will help you learn from the best, and thus progress faster.