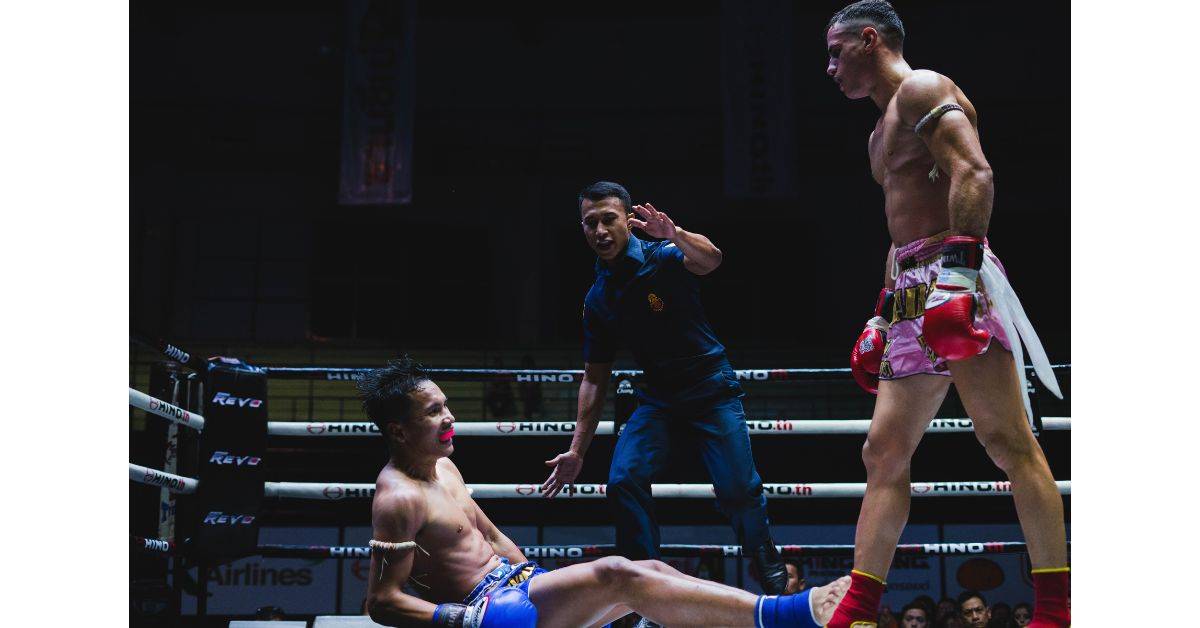 Boxing is a sport that requires you to wear some kind of protective gear. When two people are trained to hit each other as hard as possible, both fighters are extremely likely to get certain injuries. Although avoiding these injuries is inevitable, they do wear some protective equipment; let’s see what pros and amateurs wear.

As you can see, amateur boxers wear more protective gear than pros do. That’s because they’re not yet in a sport where they can put everything on the line. Until they get their hands on a professional license, they’ll be required to wear all this protective equipment.

You may have notices that they even wear t-shirts. That’s for a reason, of course – to avoid rope burns. We’ll discuss that later in the article. But, for now, know that AIBA, the primary boxing organization, treats amateurs without any patience for injuries. In that stage of their career, they’ll be required to wear all the mandatory equipment.

Before we dive in, if you want to pair yourself with the best boxing shoes, here’s an article I wrote about the most suitable ones for all kinds of boxers. Do give it a read to amp up your skills.

Why do professional boxers not wear shirts?

You may have seen the following phenomenon, amateur boxers wear shirts, but pros don’t. When I first noticed it, I was rather confused as to why it’s happening. Once I’ve read why that is the case, I still wasn’t sure, but accepted it. Here’s why.

Professional boxers not wear shirts, so they can move around more freely. Likewise, it adds entertainment effect to the fight, so more people will be eager to watch. Eventually, amateur boxers do wear shirts to avoid rope burns, which occur when the fighters fight on the ropes.

The pros, however, know how to maneuver themselves better. As a result, they’ll do everything in their ability to avoid such rope burns, as they do happen sometimes.

The primary reason, however, is for entertainment value. I’m not adding anything new when I say that when people fight shirtless, it adds an effect. This effect makes the fight seem more interesting and exciting. As a result, pros can’t wear shirts.

What do pro boxers wear under their shorts?

If you’ve ever wondered whether there’s something below the massive shorts that boxers wear, you’re not alone. Although it’s rather common sense that there’s something there, most people don’t bother thinking about it. Let’s see what’s under the popular shorts boxers wear.

Professional and amateur boxers wear a foul proof cup under their shorts. That’s because they want to avoid getting hit below the waist line and hurt their reproduction in the future. Such injuries are common, even in a sport where you can only punch, as fighters won’t pay as much attention in the later rounds.

The foul proof cup is one of the more important parts in the boxer’s equipment. Wearing it under the shorts—is critical to avoiding groin injuries in the future.

In the later rounds of the fight, the boxers won’t notice where they aim their hits as much. Thus, it’s more likely for the fight to stop because one of the boxer’s groins has been hit. So, be sure to wear a groin protector when fighting, or even sparring.

Wearing a headguard is a famous debate in boxing. There are two sides to the equation; on the one side, wearing it will help you avoid bruises, cuts, and swelling. On the other side, the chances remain, surprisingly enough, for you to get concussions and brain damage—when wearing a headguard.

Professional boxers don’t wear headguard, as it was found that it doesn’t protect the head as much. Although it protects against bruises, cuts, and swelling, it doesn’t do so against concussions or brain damage. As a result, pros aren’t required to wear it while fighting, even in the Olympics.

So, you may wonder: Why do they don’t wear it if it helps avoid cuts, bruises, and swelling?

That gets us back to one of my latest points, there’s more entertainment value with less protective gear. As such, you’ll see more people interested in seeing the fight play out, when there’s a better chance for the boxers to get injured. As such, for the sake of the prevalence of boxing, pros don’t wear headguards.

If you want to protect your head, I highly encourage you to follow the link to read an article of mine on the best headguards for boxing. All the products there—will ensure you avoid concussions, bruises, cuts, and swelling from sparring and fighting.

Hand, wrist, and fingers—are the most common injury spot amongst boxers. As such, boxing tournaments take the most effort to protect these areas. Whether it’s in a pro or amateur match, the fighters are required to wear two layers of protective gear.

Professional boxers are required to wear hand wraps, ensuring their wrist and hands are fixed in place, and boxing gloves above the hand wraps. That almost ensures they won’t experience severe hand injuries from 12 rounds of intense fighting, as the impact their hands will receive will greatly slim.

Do take the extra step to ensure you won’t experience short and long-term wrist or hand injuries. They’re the most common ones, which means you have to take the most steps to prevent them. Unless you’re shadow-boxing, always wear them, even in pad work, and especially in punching bag training.

What do amateur boxers wear?

It’s no secret that amateur boxers have to wear more protective gear than the pros. That’s because they’re also more likely to injure themselves, since they’ve been training for less time and are likely not as skillful as the best professional fighters.

Amateur boxers wear shirts to help avoid rope burns. However, it does limit movement and decreases the entertainment value of the fight itself. That is why professionals can’t get into the ring while wearing a shirt. Of course, amateurs are more likely to get rope burns, as they’re not as skillful as pros.

Amateur boxing is simply not as entertaining as professional fights. Nevertheless, some people do enjoy seeing new talents hitting the ring. That’s how all the biggest names in the industry start, in the amateur scene.

So, yea, amateur boxers wear shirts to avoid rope burns, another common injury in these stages of fights.

Thus far, we’ve understood that amateur boxers wear much more protective equipment. They’re even required to wear shirts. Now, let’s return to the debate we had on the headgear. While professionals don’t wear them in matches, let’s see whether amateurs do.

Amateur boxers wear headgear to help them avoid cuts, swelling, bruises, and concussions. It reduces the impact your head gets when your opponent punches you in the face. However, the headgear does leave some open spots, so if the opponent hits them, you’ll get the same impact as the punch itself.

Overall, the boxing organizations want to avoid injuries in amateur boxing. That’s because they’re yet to be pros, which is all about entertainment. They’re still at the stage where nobody wants to be responsible for brain damage or head injuries. As a result, they’re required to wear headgear in fights.

Why are boxing shorts high on the waist?

Boxing shorts are high on the waist to encourage the other boxer to hit them above the waistline. It’s much less likely that one fighter will hit the groin of his opponent when he’s not as likely to hit the shorts. It’s another way, essentially, for the boxers to avoid groin injuries, which can be severe.

That’s why you always see boxers looking odd with their shorts up. Everything is, indeed, for a reason in combative sports. While the fighters want to win as much as they breathe, they also want to avoid as many injuries as they can. So taking all the extra steps to ensure that’s the case—is vital.

Eventually, the protection of the boxers—is the first priority. While the fighters themselves often don’t seem to care about their physical health, the boxing organizations do. Thus, they’ll take all the additional steps to ensure no injuries will be added to the boxers’ resume.

If you enjoyed reading this article, you’ll also enjoy reading about why the 7 reasons why boxing is worth learning. Who knows? Reading it may give you the extra motivation boost to keep you up with your schedule.

link to Why Do Pro Boxers Fight So Rarely? The Answer Inside

If you ever wondered why pro boxers fight so rarely, this article explains just that. Let's examine how often boxers fight in their career.

Continue Reading
link to Do Professional Boxers Have Cheat Days?

Boxers may have some cheat days once in a while. However, the elite boxers will not dare to cheat their diet. Let's see why.