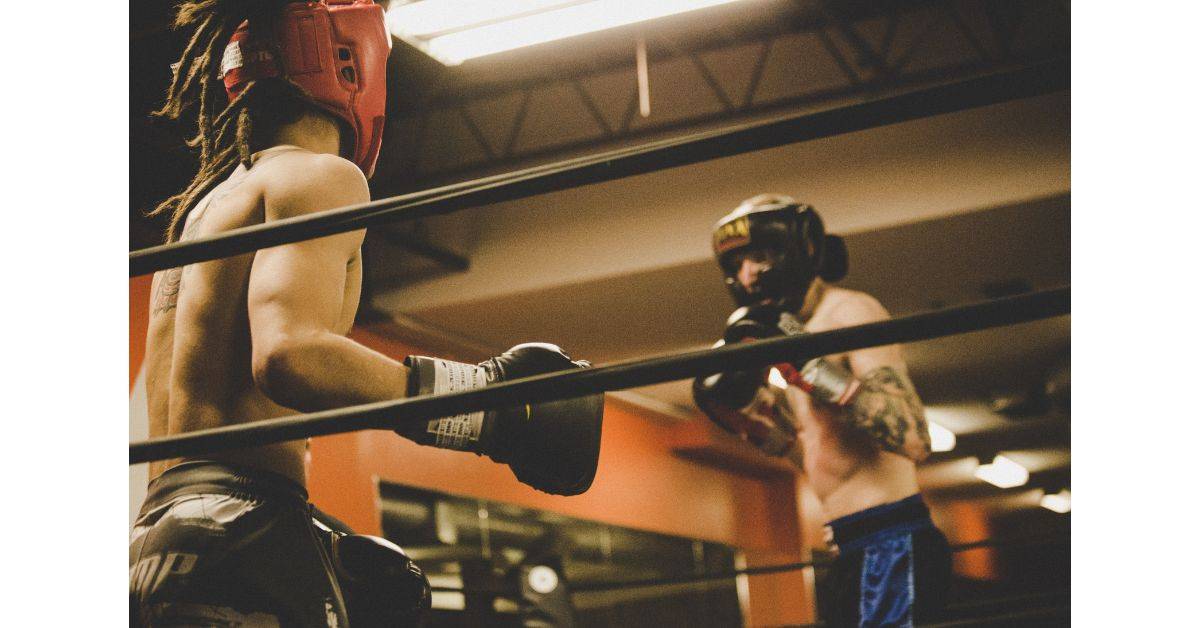 Going to a boxing gym—may be difficult mentally. If you go alone, especially, one of your fears may be socially. So, you may give up going by yourself to a boxing gym, because you’re not as confident that you’ll meet people who you’ll like.

The entire point of this article is to ensure you’re comfortable going alone to boxing training. I’ll present the five types of people you’re likely to see in a boxing gym. As a result, you’ll feel as if you already know them, even before you attend your first class.

Not that long ago, I started training Muay-Thai. Now, no one wanted to come with me, as they didn’t want to learn any new martial art. However, doing so—was something I desired for an extended period. Eventually, I went alone.

At first, I wasn’t even sure I was at the right place. Because I got there 20 minutes beforehand, which is uncommon there, I suppose, I had to watch people doing BJJ, as it’s a martial arts gym that teaches more than a single fighting style.

Once the Muay-Thai session started, however, I immediately felt relieved. How could I be afraid of something so out-of-touch? I was scared not to be as social in this particular situation. I forgot that everyone is on the same boat. So, you’ll inevitably build connections with the fellow trainees.

Before we dive in, if you want to pair yourself with the best boxing shoes, ensure to follow the link to an article of mine on the topic.

The first type of person you’ll meet in a boxing gym—is the self-improvement fan. This individual will do anything to develop his or hers mental and physical selves.

Usually, they’re extremely dedicated and have a clear purpose; to become the best versions of themselves. They likely participate in other types of sports, such as running, weightlifting, and other hobbies, such as boulder-climbing or even another martial art.

I feel like I’m on this list, because everything I do in life—can be traced to my purpose; which is to constantly improve myself. I’ve been like that for the past year or so.

Now, once you meet that person in a boxing gym, you can start a conversation with him about anything relating to self-improvement. That means that this individual is also likely to do spiritual and mental self-improvement, such as journaling, mediation, and visualization practices.

So, starting a conversation with the self-improvement fan—is extremely easy and can be enjoyable for both sides.

The second type of person you’ll meet in a boxing gym—is the office worker. He or she may not be in the best shapes of their lives. On the other hand, they may be extremely skillful in the art of punching and in a superb shape.

The office worker holds a day job they’re not really a fan of. He comes to box to release all his built tension and aggression. That is what keeps him or her sane.

Of course, some office workers love their line-of-work. They may feel fulfilled to the fact they have this job and are able to impact people. That’s great! You can start a conversation with them about anything relating to the “normal life”.

For example, you can start your conversation by asking a question about family or the line-of-work the office worker holds. Likewise, it’ll be easy to discuss the difficulties in holding a job and having a family and hobbies, such as boxing.

You can kick off a conversation with the martial arts fanatic—by discussing any topic relating to, well, martial arts. They likely watch the UFC, which is a solid conversation kicker. Likewise, you can begin by asking a question about something you want to learn, such as how to shift your weight when throwing a hook.

He or she has likely invested plenty of time and effort learning at least a single martial art, such as boxing, Muay-Thai, or even BJJ. As a result, you can kick off a conversation easily and create a quick connection by showing interest in the other person’s doings.

The 4th type of person you’re likely to meet in a boxing gym—is the shy person. Thus far, the individuals we have discussed all relate to their hobbies. Now, we’ll go over a group of people, whom you may be a part of, with a certain personality trait.

Regardless, you want to create a quick connection by kicking off a conversation—and doing so quickly. It won’t be hard to start a conversation with the shy person, because once you have done the first step, he or she is likely to open up to you.

I’ve seen plenty of shy people in my boxing gym. Frankly, I love seeing them opening up to me and my efforts of kicking a conversation.

I, myself, am relatively shy. It takes time for me to open up to new folks in a social environment I’m unfamiliar with. I can tell you that I’m always glad when someone starts a conversation with me, as I love meeting people whom I would have never met if not for boxing or other martial arts.

If you want to know what are the rules of boxing, so you’ll be able to train without fearing injuring your fellow boxers, follow the link to an article of mine.

The fifth, and last, type of person whom you’ll meet in a boxing gym—is the mom. Let me tell you something, I’ve been beaten, hard, by women inside a boxing drill or a spar.

They come to box because they want to release their built tension and aggression on something. Likewise, most of them want to learn self-defense, as to protect their close ones and themselves, if they ever need to (let’s hope not).

Kicking off a conversation with them—is the most difficult—as you’re not as likely to have the same interests. However, starting to talk about boxing—will be the most uncomplicated route to take.

Especially at the end of the workout, you can start by simply saying how fun the boxing session was. Then, continue on to build a connection.

If you want to learn the step-by-step process of getting your professional or amateur boxing license, follow the link to an article of mine on the topic.

The entire point of this article—is to ensure you’re not hesitant to start your boxing training with a social fear. I’ve been there and have attended a new martial arts gym, solo. As a result, I know how difficult the social aspect may seem.

However, once you have started building new connections, you’ll notice how easy it is to continue attending boxing training, time after time. The social aspect suddenly becomes fun.

You can kick off a conversation with almost anyone, and do so effortlessly. All you need to do beforehand—is to ensure you know what the other person wants to talk about. Once you have done that, you can rest assured that a new connection is about to occur.

If you enjoyed reading this article, you’ll also enjoy reading about the 10 boxing tips for your first fight. If you want to ensure you win your first fight/spar, do give it a read.