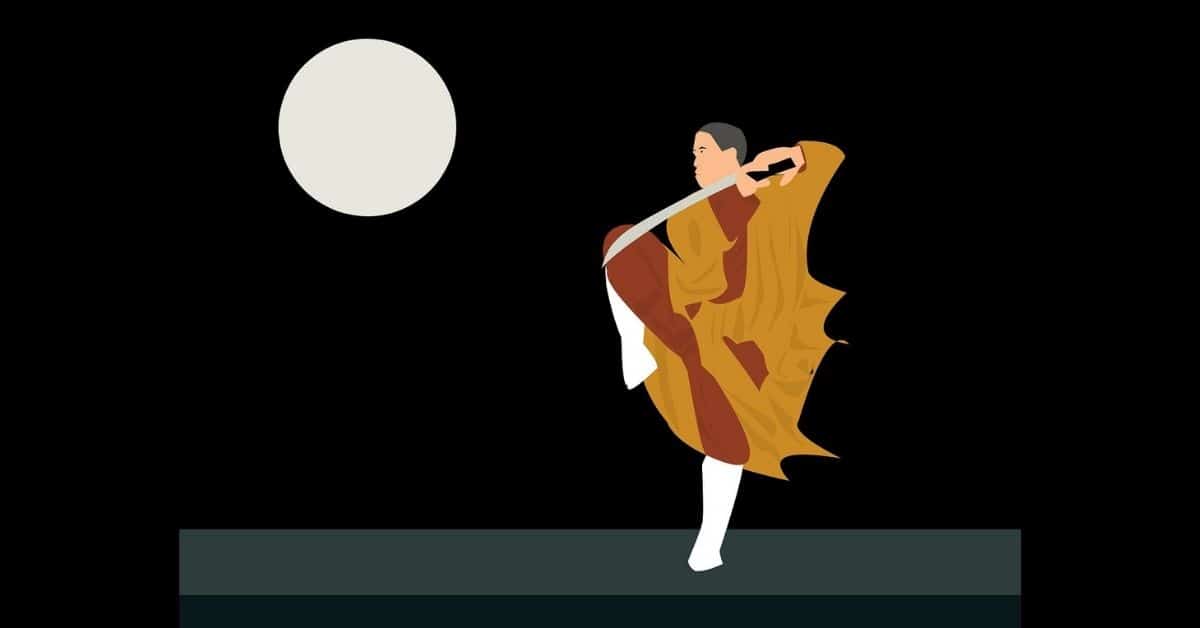 A good martial artist is confident, has low overall aggression and stress levels, performs well under stress, and is disciplined. Because of that, they’re highly skilled individuals. These qualities will come naturally from martial arts training.

Yet, they’re not perfect individuals. However, learning to fight has granted them many benefits and changed their perspective. Thus you can do the same by following the process.

One of the most crucial aspects of training is consistency. If you find a qualified school, you’ll be solid. You’ll learn to fight while improving your physical and mental health.

The following list is the five qualities martial artists possess

Many studies showed that confidence correlates with performance. Because martial artists need to perform well continuously, they must be sure of their skills. Martial arts training will grant the trainee confidence by overcoming various obstacles.

Although confidence isn’t everything you need to succeed, it’s up there. That said, it doesn’t teach you any technique. You’ll have to invest many hours in training before considering yourself a martial artist.

From personal experience, confidence came with overcoming many challenges. For instance, once I began winning fights, it skyrocketed. Thus you’ll gain self-confidence when you prove that you’re capable.

To do this, we surveyed 2,000 UK adults in February 2021 using the research company Censuswide. Our key findings revealed that:

According to a survey, many people aren’t confident. Because of that, challenging yourself by overcoming obstacles will increase it. Although it’s a highly desirable trait in today’s world, you can improve it from martial arts.

Being calm is challenging. To achieve that, you’ll have to be willing to work hard and invest effort in training. By doing so, you’ll notice your overall aggression levels reducing with time. As a result, you’ll become more peaceful.

Martial artists aren’t violent because they know to release built tension and aggression in training. As a result, they end up being calm. However, most people don’t discharge this tension, and thus they’re stressed. Not being violent comes from having an outlet, such as fighting.

However, one can become more peaceful by performing other actions. For instance, the Shaolin monks are the calmest group of individuals. If you’re not familiar with them, they’re monks who practice Kung fu.

In their training, they practice many fighting techniques. Because of that, they release the aggression we previously mentioned. Therefore, they’re more peaceful. However, that’s not all. They participate in many meditation drills. As a result, they’re less violent and with less stress. Hence combining meditation drills in your life will reduce stress and anger.

“Martial arts apprentices turned out to present a statistically significantly lower level of hostility and of the general aggression index than combat sports athletes.”

As you can see, this study proved our point. Additionally, more did the same. If you want to become a martial artist, you’ll have to become less stressed. Now, how can you do so? By following the process- you’ll do just that. All you have to do is stay consistent with training, and these qualities will begin naturally flowing.

Taking a hit without moving an inch is a skill you can develop. Martial artists have to be at the top of their game. As a result, they must be capable of getting punched. In street fights, such a trait is highly desirable and- tough to achieve.

Martial artists have high pain tolerance because of the amount of training they were through. In most fighting styles, getting hit is part of training. As a result, you’ll develop a sense of calmness when getting hit- with consistency.

When talking about fighting, you need to know how to get hit. Whether it’s a kick or a punch, you’ll need to receive it. As much as it’s challenging, learning it is wise. If you’re scared of getting hit, you’ll be in trouble in real fights. Let’s see why.

If you can’t close the distance between yourself and the opponent, you won’t be able to win. If you’re afraid of getting hit, you’ll be hesitant to move forward. In martial arts training, you’ll learn to advance without worrying. As a result, closing the distance will come naturally, and you’ll be capable of disabling the opponent quickly.

Eventually, knowing to punch isn’t everything you need to know. In Boxing, you’ll go through drills where you’ll be getting hit many times. Thus you’ll become familiar with this sense, and- you’ll reflect it to real fights. Hence Boxing trainees are solid fighters.

If you’re willing to learn more about the benefits of martial arts, follow the link to an article of mine.

Picture a scenario where you encounter an attacker. If you were afraid of him, do you think you could beat him? Well, the answer is most likely- no. Because you won’t close the distance, you’ll end up being the one who has the disadvantage- since you won’t have momentum.

The following video is a demonstration of two distinct martial artists fighting. You’ll notice how well they take the hits and therefore are elite fighters.

Starting new activities in life is challenging. Because of that, to succeed- you must stay consistent. In martial arts- it’s the same. To master a fighting style, one must invest considerable time and effort. Thus martial artists have a high degree of discipline and consistency.

Solid martial artists are disciplined and consistent because they have mastered the fighting style. As a result, they invested many hours to reach where they are. For instance, to get a black belt in Jiu-Jitsu, you’ll have to train- for over two years.

Most people will quit at first because they won’t see any results. Consequently, once you get through this phase, you’ll be solid for the rest of your training.

The start of your training process is the ghost town phase. You’ll invest plenty of effort and won’t see any results. Thus keeping up with training will be incredibly demanding. However, you can speed up that process by training at home.

I wrote a complete guide to training martial arts at home. If you’re interested in doing so, I encourage you to follow the link. It’s one of my most researched articles.

Additionally, if you overtrain yourself, you may have trouble staying consistent. Because of that, knowing how often to train; is crucial. I wrote an article on that topic, and I recommend reading it- by following the link.

Eventually, that’s the most challenging part of martial arts training. Martial artists do it well. However, you may find trouble with your discipline. If you invest plenty of effort in training- and not quit, you should be solid.

Most dangerous situations will be stressful because they involve risk. Because of that, you must learn how to act under a lot of it. If you don’t, you may not perform as you wish. One can go about it in many ways. Let’s look into one of them.

Martial artists perform well under stress because they train to react to these stressful situations. As a result, overcoming such scenarios will be easier. Martial arts training betters performance under high anxiety because you’ll go through stressful drills. Thus you’ll react appropriately to such situations.

“Our results indicate that doing an additional martial arts training once a week may lead to better performance under anxiety, although it cannot prevent that performance decreases under high anxiety compared to low anxiety.”

Functioning better under high anxiety is highly desirable. If you succeed in improving it, it’ll reflect in your entire life. For that reason, many people desire to better their performance under stress.

However, many don’t succeed since they’re incapable of staying consistent. Because of that, keeping up with training; is crucial. If you won’t, you won’t experience any benefits at all.

Today, knowing self-defense; isn’t understanding how to fight. Instead, being capable of adapting is more substantial. As a result, many self-defense experts suggest learning martial arts such as Krav Maga. Because of its dynamic nature, one will be capable of reacting to any situation.

Some martial arts are more dynamic than others. Consequently, learning them will assist you in becoming more adaptive. The following list is adaptive martial arts.

Learning one of these fighting styles will allow you to become a solid combatant. In fact, the best fighters come from one of these. As a result, if you choose an adaptive martial art, you’ll do yourself a favor.

How can I become a martial artist?

Eventually, many factors influence your skill. Because of that, focusing on primary aspects of training; will be ideal for progression. Martial artists are trainees who stay consistent and trust the process. Because of that, they’re in their position.

The primary point is to keep up with training. As a result, you’ll progress eventually. Most people quit in the middle of the journey and thus never become solid fighters.

However, you can speed up the process by following one action; training at home. If you can progress outside your martial arts gym, you’ll have a- massive advantage. Hence you’ll advance more quickly than ever.

By doing so, you’ll become a martial artist more manageably. I encourage you to read an article about martial arts training provides many benefits that contribute to these qualities. For instance, your confidence will increase while learning to fight. Because of that, if you keep up with training, you’ll develop these qualities in your life. I recommend learning martial arts because you’ll become capable. Additionally, you’ll gain many positive benefits- that’ll change your life. I recommend reading an article about whether you can learn to fight by watching videos. It correlates closely with this piece of research.” target=”_blank” rel=”noreferrer noopener”>the best age to learn to fight.

Martial artists are highly skilled individuals. Because they’re masters of their martial arts, they can fight appropriately. Additionally, some qualities define most of them.

Yet, martial arts training provides many benefits that contribute to these qualities. For instance, your confidence will increase while learning to fight. Because of that, if you keep up with training, you’ll develop these qualities in your life.

I recommend reading an article about whether you can learn to fight by watching videos. It correlates closely with this piece of research.

Boxing is one of the most entertaining martial arts in the entire world. Here are boxers who have never won a single fight.