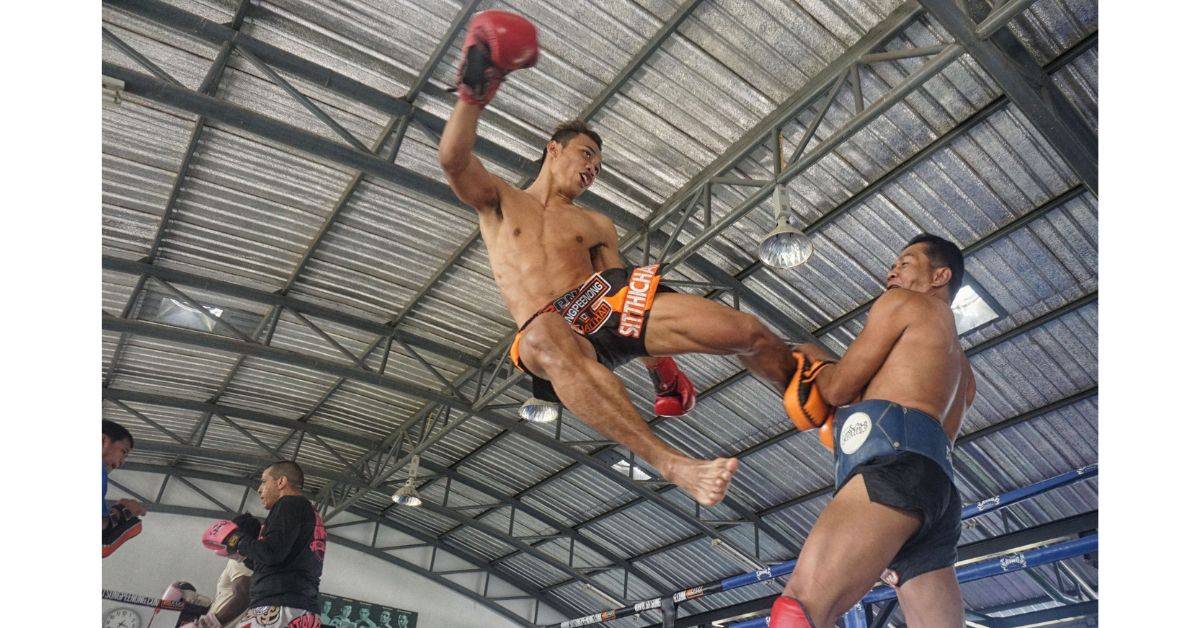 People learn boxing for numerous reasons. For instance, some may be learning to box for self-defense purposes. Others, however, will do so to improve themselves. Nevertheless, boxing in public is something that may attract you. This article will explain whether it is legal or not.

Boxing in public, for training purposes—is legal. However, if you use fighting techniques that boxing teaches to attack someone not for self-defense intentions, local authorities may punish you. That applies especially if you injure someone or attack someone for not reason. Do use martial arts only for self-defense.

There’s no real reason to use boxing in public. Of course, if you need to use self-defense, then go right at it. But, starting random fights with strangers that may annoy you—is highly illegal. For that reason, it’ll be best only to use martial arts as a whole for self-defense and self-improvement.

This article will examine the local laws of some states and countries regarding self-defense and boxing in public. If you desire to train in public, that’s one thing—that’s completely legal. Nonetheless, using what you learned for fighting—may be illegal, if you use it incorrectly.

Before we dive in, if you enjoyed reading this article, you’ll also enjoy reading about the pros and cons of self-defense.

Boxing is one of the most effective martial arts for self-defense because it makes you a solid fighter. Regardless of what you learn in it, your pain threshold rises drastically with your ability to cause more damage with fewer hits. As a result, you’re more likely to win more fights if you know how to box.

Boxing in public is legal if you use it for self-defense or for training purposes. However, if you use the fighting techniques you learn to initiate fights with people who don’t want to fight, you will get in trouble with local authorities. While street fighting isn’t as punishable, if you badly injure someone, you might get in jail.

If you want to learn how many years you can get in prison if you badly injure someone, follow the link to an article of mine on the topic.

In boxing, you’ll learn how to throw fierce punches to ensure you inflict massive damage onto your opponent. There are some videos of knockouts in fights with a single punch. These people who threw that punch know how to generate momentum and force through various methods, such as proper footwork and weight shifting.

If you desire to learn how to generate force with your punches, it’ll be best to stick with boxing, as it’s the best martial art for that purpose.

Likewise, you’ll learn how to evade hits that your opponent throws. Regardless of how much damage you can inflict with a single punch, if you can evade the opponent’s punches, you’ll be much better off in the fight itself.

Combining offense and defense—will allow you to become a solid fighter.

Is fighting in public legal?

In some places, fighting in public is illegal. Of course, if you train some martial art in the middle of the street, you’re most likely good to go, assuming it’s not a public place where such actions are illegal, such as museums.

Fighting in public is legal if you do so for specific purposes, such as self-defense or training purposes. If you initiate fights with people who don’t want to fight you, you’ll likely get into trouble. Nonetheless, fighting isn’t an action that local authorities like, so it’ll be best to avoid them altogether.

Local authorities treat street fights as if all the participating parties are drunk or offensive. As a result, you’re likely to get into some trouble if you’re a part of such an encounter. That said, you won’t get into trouble if you acted in regard to self-defense.

That’s crucial to understand because if you start fighting with everyone that’s giving you attitude, for example, you’re not acting out of self-defense. Instead, you’re acting as if you can do whatever you want.

In that case, you will get into legal issues.

Street fighting is illegal if you act out of self-defense. However, if you initiated the fight or could avoid it, you may get into legal troubles, as fighting isn’t legal in many places. For instance, you can get fined for up to $4000 if you fight in public in Texas. As such, checking the local law regarding self-defense—is key.

But again, acting out of pure self-defense will ensure you’re covered in case something does happen. If local authorities catch you while still in the act, they might even arrest you. Then, you’re left to explain why you acted the way you did. You should be good to go if you acted out of self-defense, though.

Can I get arrested for boxing in public?

You can get arrested for boxing in public if you didn’t act out of self-defense. However, street fighting usually won’t get you into legal troubles, unless you badly injured your opponent. If the other party had to go to the hospital after the fight, local authorities are much more likely to arrest you.

When the police arrests you, you have a few options. Of course, they have to read you your rights, which is mandatory, even if you got arrested for a small street fight. Here’s a detailed explanation from a professional:

What to do if you are arrested or detained. Say you wish to remain silent and ask for a lawyer immediately. Don’t give any explanations or excuses. Don’t say anything, sign anything, or make any decisions without a lawyer. (Know Your Rights)

Of course, if you train boxing in public, you’re in the clear. Training in non-public places, such as museums or sometimes parks, will not get you into legal trouble. And still, make sure that where you train doesn’t have a non-training sign or rule.

The last topic we’ll discuss—is to always wear protective gear when you box. If you do so in public, you might get into trouble if you don’t wear any protective gear, when sparring, exclusively. If you hit a punching bag, you don’t need to wear headgear, as silly as it sounds.

When boxing in public and fighting against another boxer, make sure to wear protective headgear and gloves. You can never be sure you won’t get badly injured, even with protective boxing gear on. As such, such odds are greatly improved if you don’t wear headgear, hand wraps, gloves, and boxing cups.

To be accurate, you might get into trouble if you spar without any gear on, as it’ll look like you’re fighting against someone else. When you have some gear on, you’ll look to the public as if you’re training and not solving an old argument with the power of the fists.

If you want to buy the best boxing headgear, follow the link to an article of mine breaking down the best ones.

Likewise, here are the best gloves for your money, and elastic boxing hand wraps that’ll ensure you don’t break any finger!

However, boxing and other martial arts, aren’t supposed to be used aggressively. Rather, only if you need to defend yourself. When such a scenario does occur, you can be as aggressive as you want. Nonetheless, martial arts aren’t to learn how to knockout people in an instant.

If you know how to box and need to use what you know for self-defense, do it without any hesitation. But, don’t get bothered by people who want to test your inner peace. Ignore them if possible. If you have to use physical force, you can.

If you enjoyed reading this article, you’ll also enjoy reading about the best boxing shoes for your money. Buying a pair will boost your abilities almost in an instant. So, be sure to read this article.

link to Speed vs. Power – Which Is More Important in Boxing

Speed and power are both crucial factors in your boxing abilities. Let's examine which is better, punching hard or fast.

Continue Reading
link to Can You Go to Jail for Street Fighting? The Answer Inside

Street fighting is legal in some places and illegal in others. Let's see whether you can go to jail for street fighting.