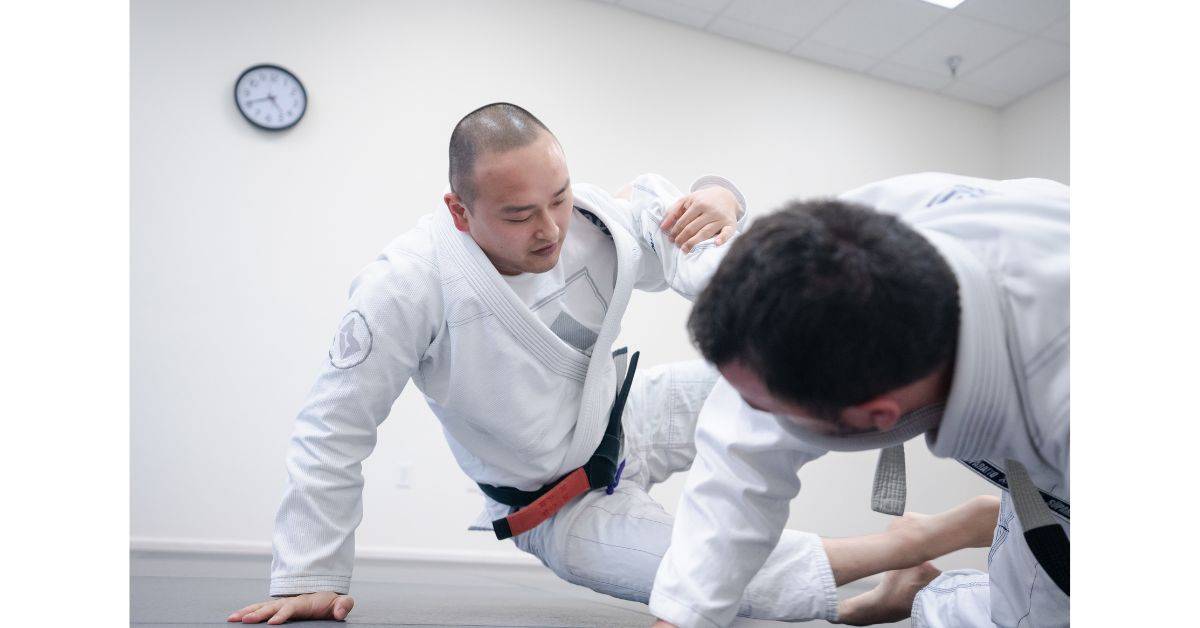 The style of Brazilian Jiu-Jitsu, whose techniques like the rear-naked choke still enjoy widespread success today, owes its birth to Gracie and gave rise to the sport of mixed martial arts. Ironically, MMA has changed in ways that make the traditional Jiu-Jitsu technique less valuable over the ensuing years. So, is BJJ useless?

BJJ is not useless because it teaches grappling and various combat styles that are very efficient and applicable in real-life self-defense situations. It helps the martial artists seize the initiative and, more significantly, to end the conflict without inflicting harm on the opposing party. BJJ goes far beyond the mat.

If you want to learn more about the ethics and values that Jiu-Jitsu teaches, follow the link to learn all about them.

Martial artists who practice BJJ techniques better understand various facets of life; that’s why it is considered the most effective technique in the martial art world.

BJJ will always be useful (just look at Pat Barry’s arm-bar escape and the different submissions locked up in every UFC event), yet, pure BJJ practitioners must change their techniques and outlook to fit the needs of contemporary MMA.

Just hitting or wrestling wasn’t sufficient, as in the early days of MMA; training BJJ alone might not be enough for you. So you can always cross-train with other martial arts.

Your BJJ skills might only require some work; it is not useless and never will be.

BJJ is very efficient in combat situations. The method is so successful that the adversary will either give up or become unconscious.

Why is BJJ NOT useless?

Brazilian Jiu-Jitsu (BJJ) has rapidly risen to the top of the list of martial arts worldwide. Royce Gracie proved that BJJ is not useless after winning over a dozen matches and claiming multiple championships. Let’s explain how and why BJJ is not useless.

BJJ is not useless because it equips you with the skills necessary to repel an aggressive adversary. One of the best self-defense martial arts you can learn is Jiu-Jitsu; with just a few weeks of practice, you should be able to dominate an untrained opponent, which most people in real life are.

Most fights usually end up on the ground. Although the fights start standing, striking your opponent increases the likelihood that you may knock yourselves to the ground.

As Royce Gracie demonstrated, BJJ is excellent for ground combat. The more efficiently you manage your opponent from above or protect yourself from the rear, the more likely you will be safe in such a circumstance.

One of the most important life skills is the ability to defend yourself. You must always be ready to protect yourself, since anything might happen on the street.

We’ll discuss why BJJ is useful and its advantages as a street combat style for self-defense.

BJJ is very useful, without a doubt. It is pretty effective in a street fight. Due to its benefits and advantages, it is one of the most effective martial arts for self-defense. You pick up different strategies to protect yourself against a stronger opponent and neutralize them with a lower risk of injury.

However, knowing when to leave a street battle is the most crucial thing BJJ can teach you.

You learn how to grapple and fight on the ground in BJJ. You will be well-equipped to protect yourself if you know how to take someone down and keep them under control while they are on the floor.

Likewise, you can take down an aggressor and keep them on the ground without worrying about being struck.

Of course, there are other martial arts, which may be more deadly. If you want to know what the deadliest martial arts from all around the globe are, ensure to follow the link.

Is BJJ effective in a fight?

Compared to other combat arts, Brazilian Jiu-Jitsu strongly emphasizes live sparring. Instructors urge students to practice their moves in a safe atmosphere against resisting opponents from the very beginning.

BJJ is among the most effective martial arts in a fight because it teaches live sparring. Sparring practice should be done on top of your drills many times per week to fight with BJJ effectively. Also, BJJ practitioners are familiar with aggressive techniques one can easily use to defeat their opponent in a street brawl.

Brazilian Jiu-Jitsu classes worldwide frequently include live sparring as a component of each lesson. A typical BJJ lesson includes live fighting, drills, and fundamental techniques. After every training session, teachers urge Jiu-Jitsu students to roll with as many other students as possible.

Self-defense in most martial arts entails striking the adversary and physically subduing them. In Jiu-Jitsu, you must take your opponent to the ground and hold him there until assistance or a higher authority shows up. As a result, you can shield yourself from unwanted assaults without endangering your attacker’s life.

If you want to train BJJ at home, you’ll need to buy a grappling mat. Follow the link to see the best Jiu-Jitsu and grappling mats for your money.

To defend yourself, you need to be psychologically and physically ready. A fight involves both physical and mental efforts. You must learn to activate the switch to defending yourself if someone threatens you with violence. You can take charge better if you know how to accomplish this.

BJJ is a highly practical martial art technique of self-defense. It teaches practitioners how to protect themselves in less-than-ideal settings. Unlike conventional martial arts, Brazilian Jiu-Jitsu depends on equally effective techniques outside and within the martial arts school, so it’s suitable for real life.

Most battles will not go how you anticipate in your mind. There may come a day when you must defend yourself while on your back.

BJJ is one of the practical martial arts to master if you want to fight off your back. Other martial arts have no solution for what to do when you’re on your back, but BJJ does.

You learn several sweeps and submission techniques and how to counter ground attacks. BJJ can save your life in a street battle, especially if you end up on your back.

Progress faster in BJJ by following the link to an article of mine on the topic.

Should you learn BJJ?

Brazilian Jiu-Jitsu is a fantastic choice for everyone because it effectively assists smaller, weaker practitioners in controlling larger, more powerful opponents.

Everyone should learn BJJ, regardless of age or gender, as this martial art will give you an advantage in various situations. Kids can benefit from it too! Learning Brazilian Jiu-Jitsu has numerous advantages, just like learning any martial art.

If you want to know what the physical benefits of Brazilian Jiu-Jitsu are, follow the link to a piece of mine on the topic.

Warm-up exercises, which frequently involve running and calisthenics, can get you moving and help you start perspiring rapidly. The pace will speed up with drills, and you’ll work with a training partner afterward. A Brazilian Jiu-Jitsu training session could result in a calorie burn between 400 and 1,000.

BJJ’s compound movements will put your complete body to work, which helps condition and strengthen your muscles.

Brazilian Jiu-Jitsu (BJJ). Finally, it is a method of conquering one’s body and preparing it for grappling, predating recorded history. BJJ’s secret power is that it combines a wide range of information and techniques. Because it is a martial art that encourages growth and self-transformation, it remains one of the most practical and strong self-defense methods available.

Brazilian Jiu-Jitsu is a valuable weapon to defend yourself if it is unavoidable. Therefore, locate the top BJJ facility near you and begin training – it’s never too late or too early!

If you enjoyed reading this article, I encourage you to follow the link to learn more about the best Brazilian Jiu-Jitsu Gi’s for your money. Buying a high-quality one will ensure you boost your progression and enjoy training more.