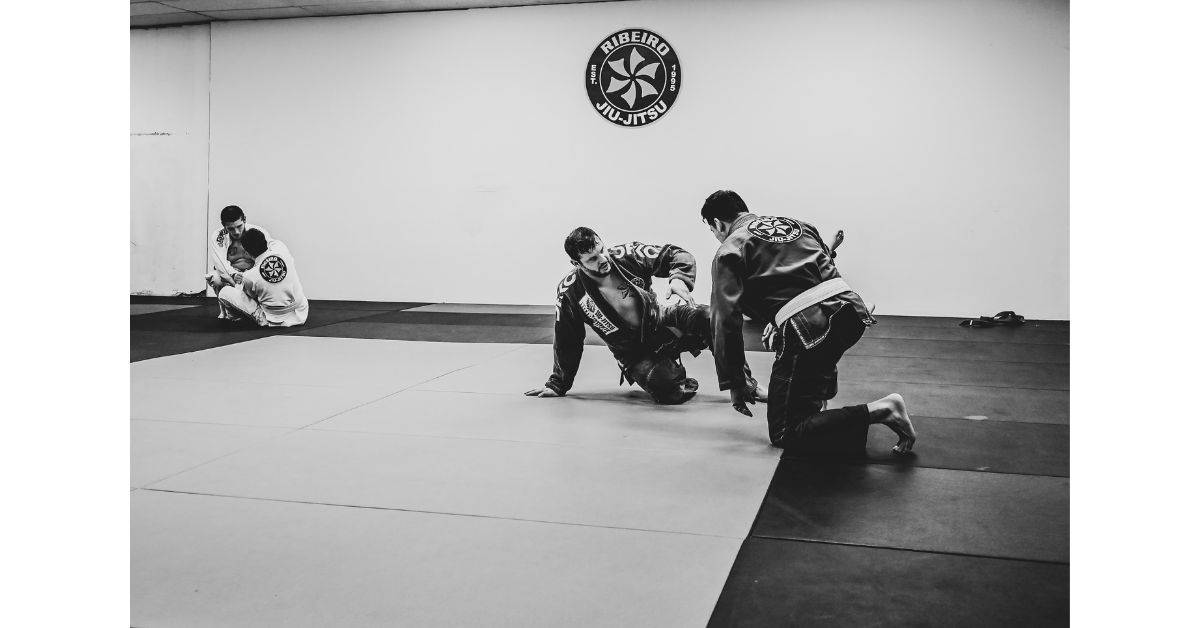 BJJ is a grappling martial art popularly known for enabling a smaller opponent to subdue larger opponents. It is famous for teaching effective and practical self-defense techniques that are efficient in street fights. However, like other combat martial arts, there are limitations such as size, age, athleticism and strength. This fact begs the question; does it work against bigger opponents?

BJJ works against bigger opponents because it teaches fighting movements that employ technique rather than physical strength. The movements include grappling, submissions and choke holds that make the martial art suitable for smaller individuals in size.

Before diving in, if you want to buy a high-quality, durable, and reliable Brazilian Jiu-Jitsu Gi, ensure to follow the link to an article on the best ones for your money.

How to beat a stronger opponent in BJJ

Even though it does not focus on physical strength but efficient fighting techniques, strength is still a determining factor in combat. So, how can one beat a stronger opponent in BJJ?

One can beat a stronger opponent in BJJ by incorporating the right leverage-based techniques, such as effective sweeps. Integrating fighting strategies such as dominant positioning, staying dynamic, grip fighting, guard strategies and smart passing cycles.

Two major dominant positions are suitable for handling a stronger opponent. The first is the back; using speed to take on the back makes it possible for the practitioner to execute chokes and bring many points. The other is the Ashi Garami, which contains closed circuits and many submissions.

Using efficient grip fighting enables the practitioner to control their opponent. Grips executed behind the triceps and end of pants are efficient for controlling stronger opponents.

Smaller practitioners should keep larger distances from their opponents and execute immediate proximity strikes, since these guard strategies work best with stronger opponents. Keeping proximity to the opponent can help pull down one’s defenses.

You can follow the link to learn more about why BJJ is the most effective martial art. I encourage you to check it out if you want or already train in it.

Is size an advantage in BJJ?

Like in other martial arts, size plays a major role in BJJ combat. If size were not a determining factor, then there would be no weight classes in BJJ as a sport. Therefore, does BJJ give a practitioner an advantage in BJJ?

Size is an advantage in BJJ if the two opponents have equal skill, experience and knowledge of the martial art. A larger individual with equal and better skills can easily subdue a smaller person. However, a smaller person can easily overcome a large person who is unfit with no stability.

Success in BJJ combat comes about by supplementing effective techniques with instrumental physical characteristics. The grapplers who focus on strength and size fail tremendously.

If you want to save money by training Brazilian Jiu-Jitsu at home, follow the link to read a full guide I wrote on the topic.

Is BJJ effective for self-defense and street fights?

Often people learn martial arts to protect themselves and loved ones in life-threatening situations and as a sport. Street fights can be gruesome; therefore, one needs to learn a martial art that will provide practical fighting skills; thus, is it effective for self-defense and street fights?

BJJ is effective for self-defense and street fights, focusing on ground grappling and using leverage to subdue the opponent. It teaches submissions, chokeholds and joint locks, and effective techniques for winning street fights and defending oneself.

It focuses on ground fighting, giving the practitioner an advantage during a fight. Normally, fights frequently begin from a standing stance. Individuals with no BJJ knowledge will focus on standing techniques such as strikes during a fight.

On the other hand, a BJJ practitioner will quickly take the opponent to the ground, control them, and gain a dominant position. The practitioner will then use practical techniques such as chokes and joint holds to force them into submission.

It is effective for street fights as it enables a smaller person to subdue a larger person quickly using leverage techniques. Having BJJ skills will allow individuals to protect themselves against bigger opponents as it focuses on technique, not strength.

Should I do BJJ if I’m a smaller person?

BJJ is a grappling martial art with high-profile athletes who are smaller than in other martial arts. So, should you do BJJ if you are a smaller person?

Smaller people should do BJJ, as it focuses on enabling smaller people to subdue taller opponents through particular techniques and strategies. People of a lesser size have a low center of gravity and are more dynamic, enabling them to dominate larger opponents during combat.

Smaller people have a low center of gravity and thus are much harder to take down than larger people. They gain the upper hand in fights by taking down larger people from the beginning of combat.

They are more dynamic and mobile than taller individuals, thus tire larger individuals very quickly. Likewise, they use this to their advantage by moving around until they are ready to make an attack; thus, the larger rival does not get a hold of them easily.

Smaller individuals should train with persons of different heights and sizes to master the art of taking larger opponents down.

If you want to progress faster in martial arts, follow the link to an article of mine on the topic.

Is being tall an advantage in BJJ?

Considering the fact that it is a small man’s game, is being tall an advantage in BJJ?

Being tall has an advantage in BJJ because they have longer limbs, making it possible for them to find submissions at angles that an individual with shorter limbs cannot. Taller people can effectively perform leverage techniques such as sweep from guards.

It is easier for tall people to grasp and take down their rivals as they have greater reach. Their long limbs enable them to access the opponent faster without decreasing the distance. It is harder to pass a guard made by a taller person, which gives them an advantage during a fight.

Tall people have an advantage in it, as their long limbs enable them to execute techniques such as the triangle choke easily without raising their hips. Longer hands in tall people can execute chokes easily as the arms lock in deeply.

BJJ is a martial art that sets itself apart by offering smaller persons the ability to take on any large-sized opponents.

It teaches practical techniques that enable one to beat stronger opponents during spars and self-defense situations. Size and height matter in BJJ, but it is up to the practitioner to improve their strengths and work on their weaknesses to master the martial art.

However, it does not discriminate against size, as larger and smaller persons can manipulate different techniques to their advantage. Therefore, regardless of your size, enrol in a BJJ class today and improve your self-defense skills.

If you enjoyed reading this article, I encourage you to follow the link to read more about the best BJJ grappling dummies for your money. Buying one will allow you to train at home and progress faster.