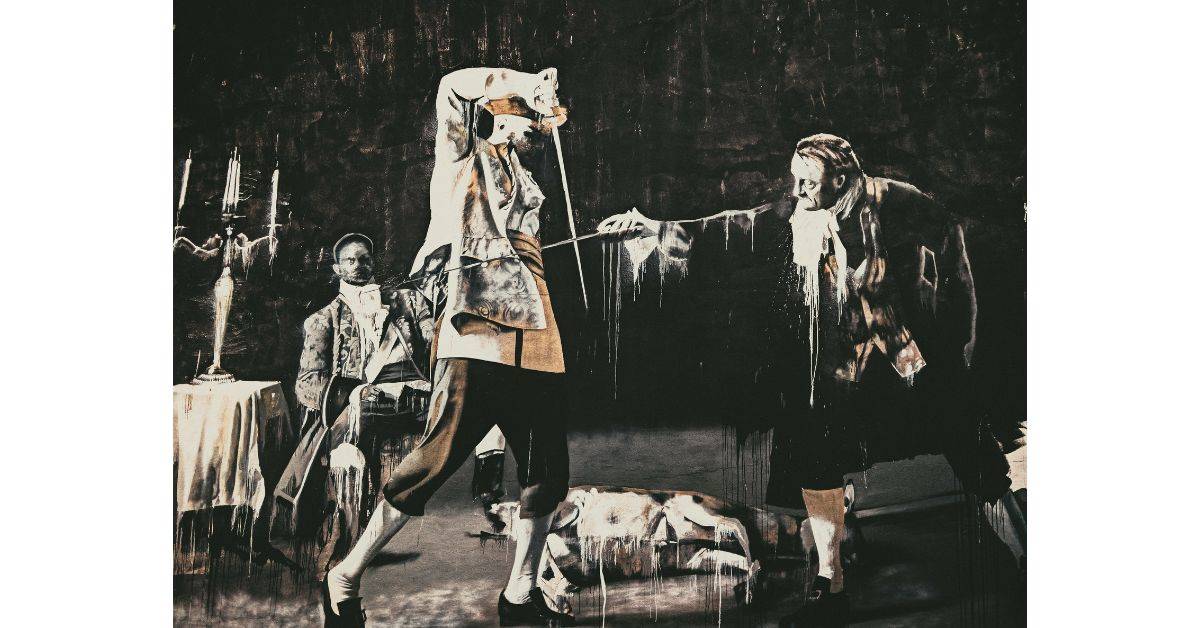 Street fighting is, as you can guess, illegal in some places. However, that doesn’t mean that you’ll go to jail the minute you throw a punch. Rather, it all depends on the severity of the instance. If, for example, you were to badly injure someone without any solid reason, you might end up in jail.

You can go to jail for street fighting if you badly injure someone without any reason, such as self-defense. Nonetheless, if you fight without any reason whatsoever, and you initiated the encounter, you might end up in jail in some countries or states. Thus, it’ll be best to stay away from street fights.

Mostly, however, cops won’t arrest you for a simple fight. Instead, they’ll break up the fight and examine what happened. You must understand that the damage you cause—will influence directly your potential punishment.

Fights happen. We sometimes start them, or we’re not capable of stopping them. Our main priority, however, is to ensure that no innocents are injured at the end of the street fight. If we must use self-defense to ensure our own safety, then we’ll do so.

Most of my readers know martial arts. That’s why I trust your ability to keep everyone safe and healthy. Of course, if you know how to fight appropriately, you’re responsible for the health of the people around you. You should embrace that responsibility, as you’re one of the few people who can be responsible for such sensitive matters.

This article will discuss some possible scenarios you may encounter when you’re entering a street fight. Likewise, we’ll examine some potential punishments you may get.

Before we dive in, if you want to read more about the rules of boxing, be sure to follow the link to an article of mine where I break down the complete list.

What happens if you fight in the street?

Before entering a street fight, you must understand your responsibilities. Likewise, it’ll be best if you understand what you can and cannot do. In fact, if you know any martial art, it’s a part of your job to ensure that you’re not breaking the law while trying to reach your pursuit.

When you fight in the street, you’re vulnerable to various punishments, such as getting arrested. That depends on numerous factors, however, such as the injuries you caused or who started the fight itself. Be sure to only fight when you must use self-defense to protect yourself or others around you.

As you can imagine, street fighting can cause plenty of harm to both sides. As a result, you must ensure you don’t use your power for bad intentions. Rather, if you know how to fight appropriately, you must be responsible for your actions.

The people around you depend on your protection. Most individuals won’t take the time and effort to learn any martial art. You, however, took the time to understand the basics of self-protection.

People in ancient times understood it as well. That’s why the people of Okinawa constructed karate in the first place; to teach their citizens self-defense.

Later in the article, we’ll discuss some possible sentences you may receive for harming someone on the street. We’ll also understand what differentiates between these scenarios and what you should do about it.

Are there rules in a street fight?

When someone threatens you or shouts at you, you may feel inclined to use self-defense. However, it’s vital you understand that there isn’t anything you can do unless you feel threatened. If someone shouts at you in the street, it’ll be best not to throw a deadly high-kick to his face.

There are no rules in a street fight, as both sides will do anything to come out on top. That’s why immoral attacks, such as eye gouges or kicks to the crotch—are possible in such scenarios. If you go by a set of certain rules, you might lose the encounter because you avoided various attacks.

I’m not telling you to aim for the crotch. Rather, if you feel threatened for your or other people’s lives, it’ll be best to ensure you come out on top. As such, you can even choke your opponent until he’s unconscious.

Such offensive move, also called grappling, is something BJJ and all grappling-based martial arts, such as judo, teach. For that reason, if you know how to use it to your advantage, you’ll be much better off in the fight itself.

Since most people don’t know how to defend against solid offensive moves, martial arts are extremely powerful. If you know boxing or Muay-Thai, your chances of coming out on top of any street fight—greatly improve.

If you want to learn a martial art, here are the best ones for self-defense. Do read this article if you want to see the complete list!

Is boxing effective for street fighting?

Thus far, we’ve understood the importance of knowing self-defense in street fighting. Now, let’s go over the more specific details; hence, whether boxing is effective for street fighting. If you desire to learn how to fight, your initial response should be to learn a martial art.

Boxing is highly effective for street fighting because it teaches both offensive and defensive fighting techniques. For instance, it teaches how to punch while evading the opponent’s attacks. As a result, you’re much likely to win street fights if you use it—rather than not knowing how to box.

However, as we’ve previously discussed, street fights don’t have any rules. Therefore, you’ll find it extremely difficult to only use punches in such encounters. In contrary, if you learn many fighting techniques, such as grappling and kicking, you’ll adapt to any situation much quicker.

Eventually, that’s why MMA is much more effective for self-defense than boxing. It teaches grappling, kicking, and punching. However, boxing teaches punching, exclusively. As such, boxers will not be as capable of adapting to street fights as much as MMA fighters.

IF you enjoyed reading this article, you’ll also enjoy reading about boxer vs. MMA, who would win in a fight?

How many years can you get for street fighting?

You can get up to 10 years in jail for street fighting. However, that’s for a 3rd degree felony, which includes theft and fraud. In most fights, however, you’re more likely to get released without any punishment. But, if you injured someone, you might end up with a class A or B Misdemeanor, which is up to 1 year in jail.

Of course, you can imagine that getting time behind prison—isn’t as likely for a street fight. But, if you end up murdering someone, you’re much more likely to get time behind bars.

If you don’t initiate the street fight and use self-defense, you have another reason why you acted right. If someone threatened you, you can react if you think the hostile is about to attack.

To conclude, if you initiate the fight, badly injure someone, or act hostile toward people, you might get time in jail, up to 10 years.

Street fighting is a suitable way to defend yourself if you must. However, such an action—may cause you to spend some time behind bars, especially if you badly injure someone. As a result, it’ll be best to avoid street fights as much as possible.

Nonetheless, if you know martial arts, you’re also responsible for the people around you. So, if you decide to act because you feel obliged to, you can use the fighting techniques you learned to ensure you and others around you, remain safe.

If you enjoyed reading this article, you’ll also enjoy reading about the pros and cons of self-defense.

link to Do Boxers Get Paid if They Get Disqualified?

Getting disqualified in boxing means you broke some rule, and you lost the fight because of it. Do boxers get paid if they get disqualified?

Continue Reading
link to How Much Do Boxers Get Paid if They Lose?

Boxers can get high payouts from their fights. What happens, however, if they lose? Let's see how much boxers make when they lose.