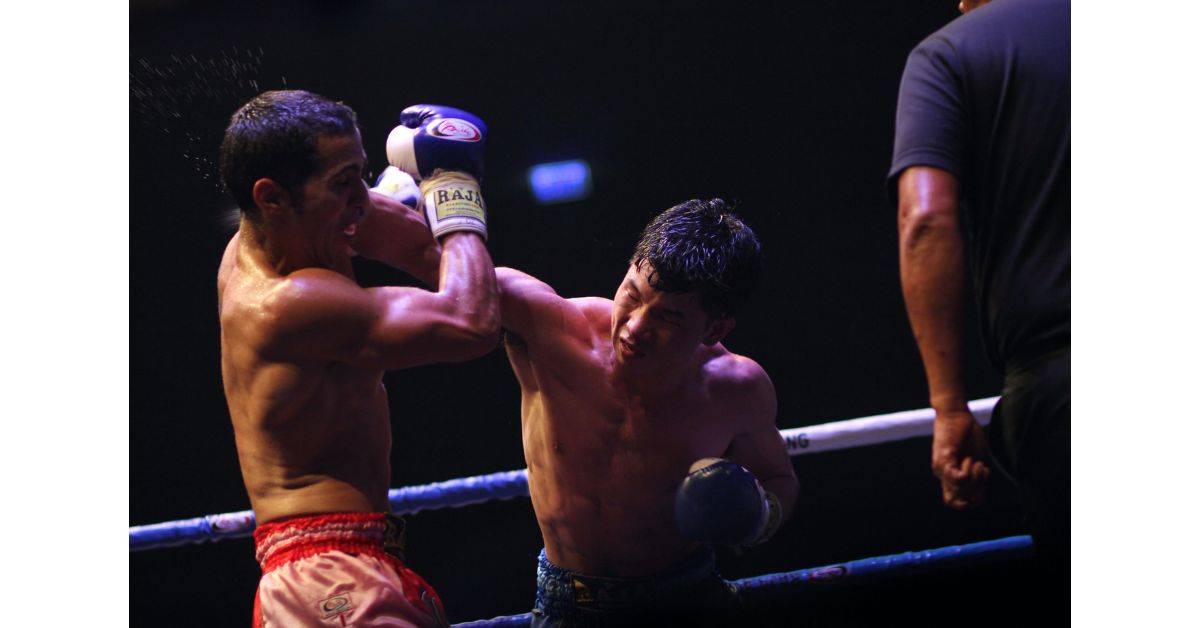 Boxing scoring can be difficult for some fans and very divisive for others. The promise of spectacular, dramatic, and devastating knockouts has always made professional boxing an allurement. No matter how many rounds there are, a fight ends when a fighter can knock out their opponent with a finishing shot or combo to the point where they cannot continue.

However, how precisely do they choose a champion if there is no knockout and the bell rings for the final time?

Boxing scoring is done round-by-round, with each judge awarding 10 points to the boxer they believe performed the best in that particular round and giving 9 points or fewer to the fighter they ultimately judge as the loser. A boxer scores 8 for the round regardless of whether they are knocked down or not; the round winner again scores 10.

In most cases, they award the nine points to the fighter who came out on the losing end of the round, unless there was a knockout. If you extrapolate that scoring method to a 12-round boxing match, a final score of 120-108 indicates that you taught your opponent a lesson by winning every round.

Despite being knocked down, a fighter can still score a 9, provided they come back swinging like crazy and landing (Joshua Klitschko is a good example of this; when AJ knocks Wlad down in the fifth, Wlad gets up and fights for his life, earning the round a 10-9 score).

If you give your opponent a count and do nothing for the rest of the round, you’ll get a 10. If the round gets so close, it becomes a draw. Ten points each.

Before we dive in, if you want to better your skills by buying one of the best boxing shoes, follow the link to find out what they are.

The sport is complicated, and understanding what’s occurring in the ring can be difficult. We know that if one person is down for a time, the other wins, but what is the scoring system?

The “10-Point Must System” is the name of the current boxing scoring system. Here is a little explanation of how it operates:

If you want to know how to progress faster in boxing, follow the link to find out how.

How is boxing scored?

Boxing’s scoring system is more complicated than, for example, soccer, where the team that notches the most goals wins the game. Because of this, there is a far greater amount of discussion and dispute surrounding it. And you may wonder how boxing scoring works.

Three ringside judges conduct the scoring in their “10 must system,” Each round’s winner receives 10 points and the loser 9. Equal rounds score 10-10. After each game, judges give the referee a scorecard to distribute to a ringside official. Three “final scores” are calculated from the judges’ scores after a 12-round battle.

A Majority Draw occurs when two judges score a draw and one score for either boxer. A Split Decision Draw occurs when one judge scores for Fighter A, one for Fighter B, and one for a draw, like in Fury and Wilder. Scores fluctuate from 10-9. Fighter A wins 10-8 if he knocks down Fighter B. Second knockdowns score 10-7.

In some US state athletic commissions, a fighter gets knocked out after three knockdowns in a round. The WBC, WBA, IBF, and WBO do not follow this regulation. The referee can subtract a point for repeated rule-breaking. Warnings precede.

How are hits counted in boxing?

During a boxing match, they display a graphic showing the number of hits landed and thrown by each boxer.

CompuBox, an application running on a computer, keeps track of the total number of hits. CompuBox makes use of two different operators. When a hit is delivered, each operator is responsible for pressing one of four buttons while keeping an eye on a specific fighter.

They consist of the following:

The operators will accurately record each hit throughout the battle based on the category it falls within.

If you want to lose weight while doing boxing, follow the link to find out how you can do so effectively.

How do you win a round in boxing?

The judges award points on a scale of 10. Most rounds will end 10-9, with the more powerful boxer receiving 10 points and the other 9.

Understanding what the judges are looking for helps you win your rounds in boxing as you’ll fight with those factors in mind. Even if you’d probably do fine depending on the eyeball test to decide the winner of each round, boxers should know the following factors judges use to determine which fighter won a round:

Effective Aggression: Being aggressive creates the appearance of dominance, but it’s not really “effective” unless the boxer is scoring hits or hits his opponent isn’t countering. Judges look for effective aggression, where the aggressor successfully blocks his opponent’s punches while consistently landing his own.

Ring generalship: is the ability of a fighter to direct the action and impose his style.

Defense: How adeptly does a boxer parry, slip, and block blows? Effective defense is crucial.

If you want to learn more about the rules of boxing, follow the link to see the complete list.

Why do refs grab boxers’ gloves?

When a boxer in a boxing battle is knocked down, whether by a slip or a knockdown blow, it’s usual to see the referee pull the fighter’s hand towards his body and wipe the gloves off his shirt, this behavior seems ritualistic and has nothing to do with the fighting. There is a good explanation behind that, though.

Boxing referees will wipe the gloves of a boxer who has returned to his feet after being knocked down or slipping to remove any contamination from the boxer’s gloves. The contamination may have resulted from the gloves coming into contact with the ring floor.

The practice of referees wiping the sweat off of boxers’ gloves has been around since the early days of the sport, when fighters wore shoes with leather soles that they had to polish smooth.

Boxers would coat their leather shoes in resin powder to increase friction and improve their grip on the floor because of the shoes’ slippery soles. Powder like this would remain on the canvas and transfer to a boxer’s gloves if they touched the base.

At some point, it would get up in his or his opponent’s eyes, where it would immediately start to burn. With the development of advanced boxing shoes, they no longer use resin in sports.

People have long recognized that wiping gloves before and after a fight effectively removes potentially dangerous debris.

The referees perform an admirable job of ensuring the safety of the combatants to the greatest extent feasible, and this duty is only a small portion of their enormous role.

Follow the link to learn how to save money by training boxing at home and still being able to progress.

How does the count work in boxing

The “ten-count” was first used in boxing as “the gentleman’s rule,” which states that you should never hit an opponent who is down.

The referee will apply a 10-count once a boxer touches the canvas. Then, your opponent will go to the white corner in the interim so that he cannot receive coaching. If you manage to get up and look in-shape to continue, the count will cease and the fight will unpause.

The fight ends, and the other boxer loses by knockout if they cannot stand up after 10 seconds.

On the other hand, if the player stands back up before the allotted 10 seconds have passed, the referee will quickly assess their condition to determine whether they are fit to continue. The referee then will evaluate their vision, balance, and general health, among other things. He will then tell the contest to resume when they wipe their gloves.

Each nation has a unique policy on the 10 counts. For instance, in the US, you can stand up once 9 seconds have passed, get back to your feet, and then carry on with your bout.

In the UK, on the other hand, you will be counted out if you start rising after the count of 9. Additionally, there is the 20-second rule if your opponent throws you from the ring. After the opponent knocks you out of the ring, you have 20 seconds to get back up and re-enter the ring. The referee is within his rights to end the bout if you cannot return in time.

Can boxing decisions be overturned? What happens if you think you have been done wrong and want to change the result? Follow the link to find out how.

In the United States, three ringside judges score boxing matches using (almost entirely) the 10-point-must system; this means that unless there is a deduction for a foul. The round winner will always receive 10 points. In a typical round, the loser would take 9 points.

In boxing, you can have a 10-7 round because a knockdown will almost always result in a round ending 10-8. Similarly, two knockdowns would result in a round score of 10-7, and so on. However, there is no absolute requirement that you score one or three knockdowns (10-7 or 10-6).

Another approach to winning with a score of 10-7 (or even 10-8) is to dominate your adversary utterly. Boxer A might not be able to knock Boxer B out in the round, but if he lands a few strong shots, is only struck once, and dominates the round, the score should be 10-8.

Boxing’s current intricate scoring system is good, which it wasn’t so before. Most boxers get a ten or nine, depending on whether they win or lose.

A boxer’s knockdowns determine these points. Three judges assign point values to each player after each game, and after twelve rounds, the judges sum the points up to decide a winner. Effective aggression, defense, ring generalship, and clean punches earn these points.

Judges may dispute scores since they are subjective. If that happens, the game could conclude in a draw, a disputed win, or many other ways.

In the end, it’s not that confusing! Remember these guidelines the next time you get into the ring or watch your favorite boxer on TV. You will see the game differently.

If you enjoyed reading this article, you’ll also enjoy reading about the best boxing defensive moves you should definitely know about.