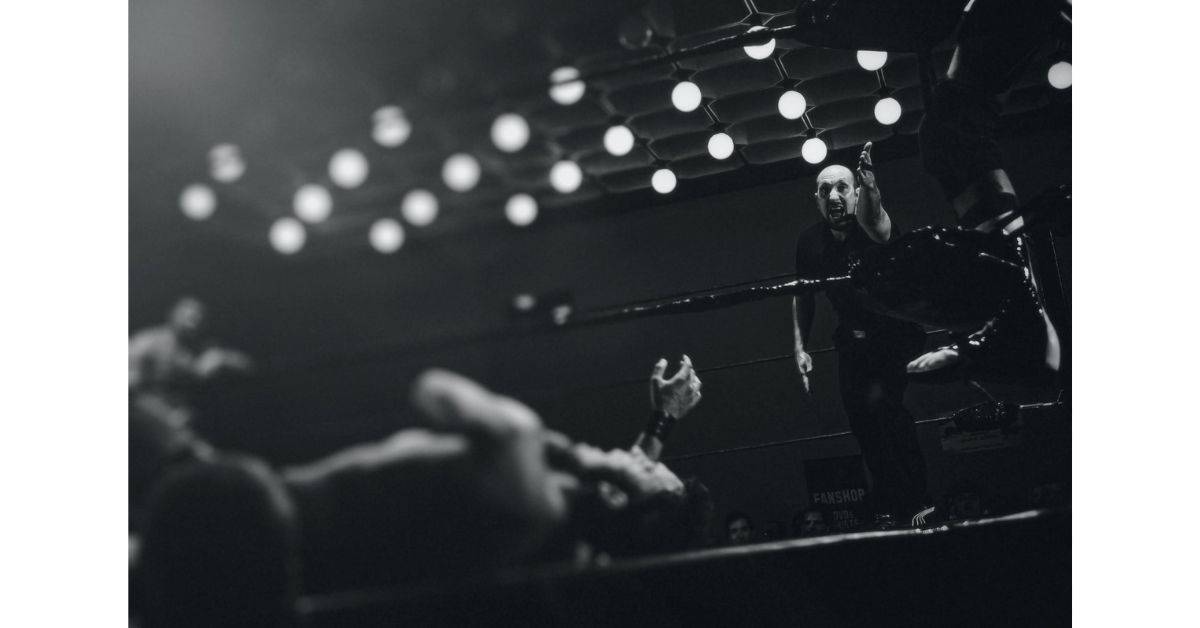 Mike Tyson was one of the most feared guys in the world during his time. One of the most brutal knockout artists ever to compete in boxing was the former heavyweight world champion. The Baddest Man on the Planet was defeated by several combatants even during his peak, shocking the entire globe.

Mike Tyson was a beast that few could ever control during his heyday because of his quick reflexes, agility, and brutal force in his fists. After 37 consecutive victories inside the ring, he experienced his first loss in a professional match.

Although the 54-year-old finished his illustrious career with 50 victories, he experienced six losses from 5 boxers listed below.

Before we dive in, if you want to learn about how fast do boxers run, including Mike Tyson, follow the link to an article of mine on the topic.

It was inappropriate for the legendary boxer and his distinguished career for Mike Tyson’s final professional bout to come to a sudden and ungraceful end. On June 11, 2005, when he was up against McBride, Mike Tyson abruptly ended the fight before the seventh round began.

This act was shocking to the audience and anybody watching at home.

Mike Tyson later admitted in his documentary that he competed against McBride for the fight pay and did not expect to prevail. Mike Tyson ended his career as a professional boxer following this contest.

Following Lewis, Mike Tyson took on Clifford Etienne, defeating him in 49 seconds for his final career victory in the ring. Tyson’s personal life had already begun to deteriorate rapidly before this fight. He declared bankruptcy in 2003.

Iron On July 30, 2004, Mike attempted a comeback against Danny Williams following a time when reports of a confrontation with Bob Sapp persisted. That never happened, and Mike Tyson instead fought Williams, losing once more.

Tyson was in his element for the first couple of rounds; however, his opponent defeated him shockingly in the fourth. Later, people discovered that Mike Tyson was fighting on one leg due to a ruptured knee ligament.

Before their fight, Lewis Tyson and Lennox Lewis had a contentious rivalry. Conflict broke out at the promotional press conference between the two boxers’ entourages. Due to allegations of sexual assault against him, NSAC denied Mike Tyson a license, preventing the fight in Nevada as originally planned. Many other states did the same.

They set the battle for June 8, 2002, at Memphis, Tennessee’s Pyramid Arena. Tyson was eliminated from the fight in the eighth round thanks to Lennox Lewis’ dominance.

The bout was the highest-earning PPV event in history at the time. In contrast to prior occasions, Mike Tyson showed respect for his opponent after this defeat and even complimented Lennox’s performance.

Evander Holyfield, in fight one, was the only boxer to defeat Mike Tyson twice. After his defeat to Douglas, Mike Tyson defeated Henry Tillman twice and Alex Stewart once before facing the No. 2 contender Donovan “Razor” Ruddock, one of the most dreadful heavyweight boxers.

The victory qualified him for a fight against Evander Holyfield. Tyson had to pull out due to rib cartilage damage. After Mike Tyson had fulfilled his prison term, the two could meet in a title fight dubbed Finally. Holyfield had left the game, but came back as the underdog.

On November 9, 1996, they squared off, and Evander Holyfield became the second boxer to knock Mike Tyson out when the referee stopped the fight in round 11.

A second meeting between Mike Tyson and Evander Holyfield happened on June 28, 1997. The Sound and the Fury was their second bout at MGM Grand Garden Arena, making both millionaires.

Mike Tyson bit Holyfield’s ears twice, leading to a controversial disqualification. The initial bite cost Holyfield points, but his ear required medical treatment. The second time, referee Mills Lane stopped the fight, and Holyfield won by disqualification, the first time in more than half a century.

Then, a mass riot injured numerous people. Until Tyson apologized, the NSAC suspended his boxing license.

If you want to buy the best boxing shoes to improve your stability inside the boxing ring, be sure to follow the link to an article of mine on the topic.

The first boxer to beat Mike Tyson was James “Buster” Douglas. On February 11, 1990, Mike Tyson faced Buster Douglas amidst a great deal of personal upheaval, including his separation and divorce from Robin Givens.

Before the boxing battle, Mike Tyson reportedly gave his training less than his all. Buster Douglas arrived with sharper jabs and took advantage of Tyson’s 12-inch reach disadvantage./

Tyson successfully put Douglas to the ground in the eighth round, but Douglas quickly got back up. Later, they questioned if the referee gave him more time than normal to stand up from the ground. In any case, Tyson could not withstand Douglas’ rapid movements and back-to-back jabs in the following two rounds.

In the tenth round, an uppercut and four hooks knocked Mike down. Referee Octavio Meyran gave Tyson his first loss.

Mike Tyson’s first loss against Buster Douglas is considered one of sports’ biggest upsets. He later said that losing reawakened his senses and improved his outlook.

How many losses does Mike Tyson have?

In 1985, Tyson made headlines with a stunning first fight against Hector Mercedes; since then, he has been one of the sport’s most active young athletes. He amassed a string of knockout victories and, at age 22, became the youngest man to win the heavyweight title.

There have been 50 victories, 6 defeats, and 2 draws in Tyson’s professional boxing career. With 44 knockouts and a knockout percentage of 75.86%, he has won the world championship four times. Tyson has been knocked out of four fights, twice via RTD and once via disqualification.

As seen by his record of 50 victories and 6 losses, his professional career lasted from 1985 to 2005. He got the youngest Heavyweight World Champion in 1986 after a second-round stoppage win over Trevor Berbick.

Tyson is a fierce fighter endowed with excellent technical skills. He changed the sweet science.

Was Mike Tyson a good boxer?

Midway through the 1980s and into the early 1990s, Mike Tyson was at the height of his dreadful, scary prowess, a heady combination of speed and destructive power. Every time he fought, he became must-see television.

Mike Tyson remains the current and former youngest heavyweight boxing champion. At his peak, Tyson was a prodigy—a precise combination puncher with defensive prowess, high motor, and knockout power in either hand. He was a nightmare for rivals, many of whom gave up the fight in their thoughts before even confronting him.

Tyson competed successfully in the juniors as an amateur and made an effort to make the 1984 U.S. Olympic team. But Henry Tillman, the eventual U.S. representative and gold medalist, defeated him twice.

At the age of 18, Tyson began his career in March 1985. He was active, winning 19 consecutive close fights, 11 of them in a single round.

Is Mike Tyson a Hall of Famer?

Mike Tyson is a Hall of Famer. As stated on ESPN news, he entered the Boxing Hall of Fame on June 12, 2011, and became part of the Vegas Hall of Fame in 2013. Tyson’s ongoing mainstream appeal is largely due to his enormous personality, unmatched theatrics, and athleticism. His crowd-working skills go far beyond the ring.

Tyson was a fearsome man at his peak. Tyson’s opponents feared him the moment they entered the ring. No statistics, knockout streak, highlight videos, or vintage fight footage can capture Tyson.

While Tyson did suffer 6 losses in his career, there’s no doubt he’s one of the best in the history of boxing. For that, he received a status of a well-respected Hall of Famer.

In his own hands, he constructed numerous boxing styles and inspired countless new trainees to start improving their life. Regardless of all he has gone through, he still is, to this day, one of the best in the entire world.

If you enjoyed reading this article, you’ll also enjoy reading about the boxing style Mike Tyson used in his career.

Professional boxing is one of the hardest, most dangerous sports out there. Let's see whether boxers wear headgear, even in the Olympics.

Pro boxers run all the time, to ensure their aerobic shape is on point. Let's see how much do boxers run, and how fast!