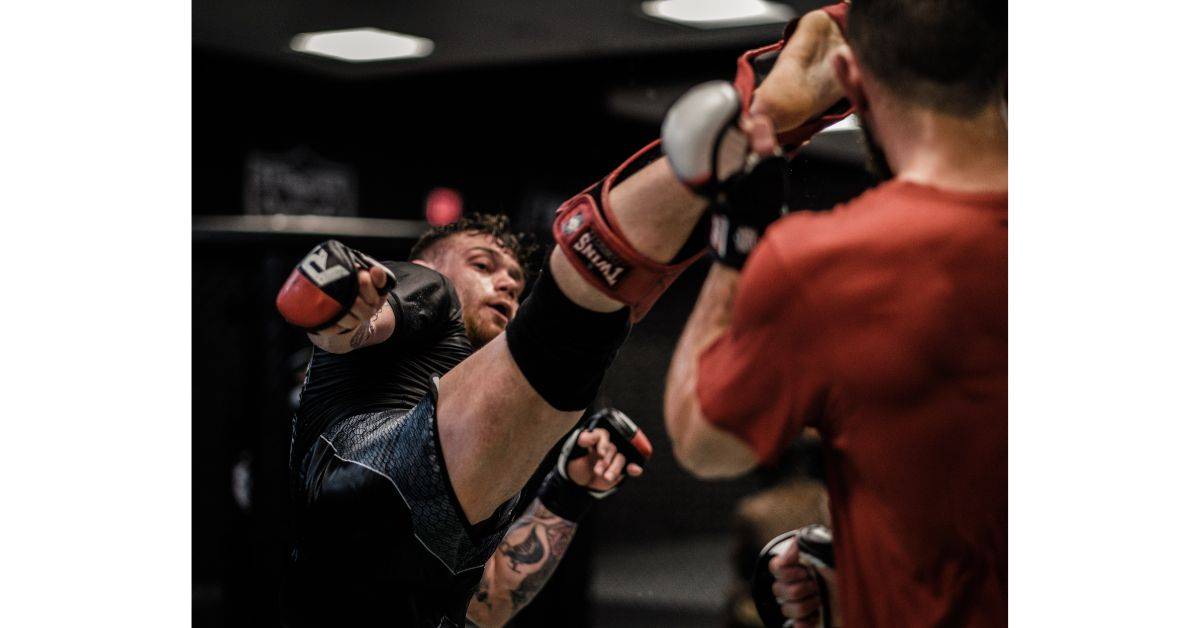 Today, learning any martial art—will teach you the required skills to beat almost anyone on the street. You’ll become a skillful and capable fighter. However, you can select various routes for your fighting career, such as MMA, boxing, or Jiu-Jitsu. Let’s see who would win in a fight, a boxer or an MMA fighter.

An MMA fighter is more likely to beat a boxer in a fight because he has learned more fighting techniques and is more capable of adapting to any situation. On the other hand, the boxer only knows how to use punching techniques to cause damage. As such, he’s not as adaptive and dynamic.

Mixed Martial Arts is all about learning many fighting techniques. For example, it’s not uncommon for an MMA fighter to know how to punch, kick, and grapple perfectly. As a result, one is much more capable of adapting to any given situation.

On the other hand, boxing, or the art of punching, is all about, well, punching. As a result, boxers will not know how to kick or grapple, highly relevant fighting skills. For that reason, one will not have as many advantages as the Mixed Martial Arts fighter, who is much more dynamic and adaptive, as we’ve examined.

Honestly, both martial artists will be capable of causing damage. The question is, which of them will be able to adapt to the situation better? The answer is, indeed, clear.

In the next section, we’ll look at both the martial arts, MMA and boxing; to understand which is better and which one should you learn, given that you want to become the most capable fighter.

Can an MMA fighter beat a boxer?

Learning a martial art—has changed my life. It has granted me, and so many other, countless mental and physical benefits, such as increased confidence, higher self-esteem, reduced stress, and a better physical shape. Let’s examine the effectiveness of MMA against boxing, to see which one you should learn:

An MMA fighter is more likely to beat a boxer than the opposite because he’s familiar with more offensive defensive fighting techniques. That starts with knowing how to grapple, kick, and punching, and goes all the way to other effective movements. But, the boxer only knows how to punch.

Can you imagine someone who has only learned how to punch in various ways, fighting on his back? Of course not. If the MMA fighter is able to penetrate the comfort zone of the boxer, which should not be that hard, the boxer will inevitably end up on the ground.

That means that regardless of what he’ll do, he’s much more likely to lose. Unless, of course, the boxer lands a few serious punches before getting knocked to the ground. That’s, as you can imagine, highly unlikely.

If you want to learn more about the power and effectiveness of grappling, be sure to follow the link to an article of mine on the topic.

Which is better, MMA or boxing?

When comparing two martial arts, we must take two fighters, one from each one, and let them have an imaginary battle. By doing so, we’ll be able to examine various directions and results the fight may lead to. That will give us a definitive answer as to which is better.

MMA is better than boxing because it teaches more effective fighting techniques, such as grappling and kicking. On the other hand, the art of boxing only teaches punching, which is not as effective in an all-out fight. If the MMA fighter will be able to grapple the boxer, he’s much more likely to win, which is the probable result.

Although every martial art brings its unique value, boxing is simply inferior to many other martial arts, since it doesn’t teach a broad range of fighting techniques. Rather, if an attacker surprises you and knocks you to the ground, you don’t have any means of reacting.

MMA, on the other hand, teaches various other highly effective movements, such as grappling. As a result, even if you end up on the ground, you’ll be able to get out of that sticky situation, somehow.

Don’t get me wrong, however; This site, Blinklift.com, is partly about boxing. Because of that, you may understand that I’m a big fan of this art. And still, I fully admit of its inferiority against other, more effective, fighting styles.

The advantages of MMA over boxing

Because we’re on a roll of praising MMA against boxing, I’ll continue doing so in this section. However, in the following part of this article, I’ll examine some advantages the art of boxing has on Mixed Martial Arts.

MMA is mostly superior to boxing because of the wide range of fighting techniques it teaches. For example, while boxing only teaches punching techniques, the other teaches grappling, punching, elbowing, striking, kneeing, kicking, submissions, takedowns, and other grappling-based movements.

As a result, MMA fighters are way superior to boxers, who aren’t capable of defending themselves against grappling techniques.

If you were to throw a boxer and an MMA fighter in a boxing match, then, of course, the first will win. However, we’re talking about an all-out fight, where the fighters can use everything they’ve learned. In that case, I’m confident the boxer will be inferior to the other contender.

Mixed Martial Arts also teaches more defensive techniques. You’ll be able to defend yourself against whatever the boxer will try on you, which is likely to be punching. As a result, penetrating his defense and going for an effective grapple—will be easier than normal.

The advantages of boxing over MMA

Thus far, we’ve discussed the superiority of MMA over boxing. Now, we’ll examine the opposite. Although, my opinion for this section won’t change; which means that the boxer won’t be able to win against the Mixed Martial Arts fighter. And still, it does have some points over it.

Boxing is much simpler than MMA. As a result, boxers will be able to learn the fighting style and master it—in an extremely shorter period. Because of that, an elite boxer is likely to beat an MMA fighter, considering they’ve been training for the same amount of time.

MMA teaches countless fighting techniques. In fact, each gym will teach other movements, depending on its unique style. As a result, while one Mixed Martial Arts gym may focus on striking techniques, another may concentrate on grappling.

For that reason, the boxer may be able to perfect his technique. As a result, a combination of solid punches might just be able to knock the other fighter and win the fight quicker.

Should I learn MMA or boxing?

Frankly, I can only advise you on which martial art to learn. I can’t give you a definitive answer as to which fighting style you’ll be better off learning, as it’s completely individualistic. And still, let me try my best.

You should learn MMA if you want to become the best fighter possible. On the other hand, boxing is for you if you’re looking for a simpler martial art that’s also suitable for self-defense and self-improvement. Select which to learn by your goals and purpose for learning a martial art.

As such, if you prefer knowing to fight rather than learning the basics fast, consider Mixed Martial Arts. However, if you don’t think you have the time to invest in learning a highly complicated art, it’ll be best if you pick up boxing.

Learning any martial art—is a wise choice. You’ll be gaining countless mental and physical benefits. If you want to know the full list of the benefits you’ll receive, follow the link to an article of mine on the topic.

Inevitably, both boxing and MMA are fantastic choices, regardless of your goal. If you desire to learn effective fighting techniques, I highly recommend you to start as soon as possible and pick either of these, as they both will provide the platform you’ll need to learn how to fight.

If you enjoyed reading this article, you’ll also enjoy learning about boxing vs. MMA, a complete breakdown of the differences and which one you should learn, depending on your goals.

link to What to Eat as a Boxer – The Complete Guide

Continue Reading
link to Should My Wrists Hurt After Boxing? How to Solve