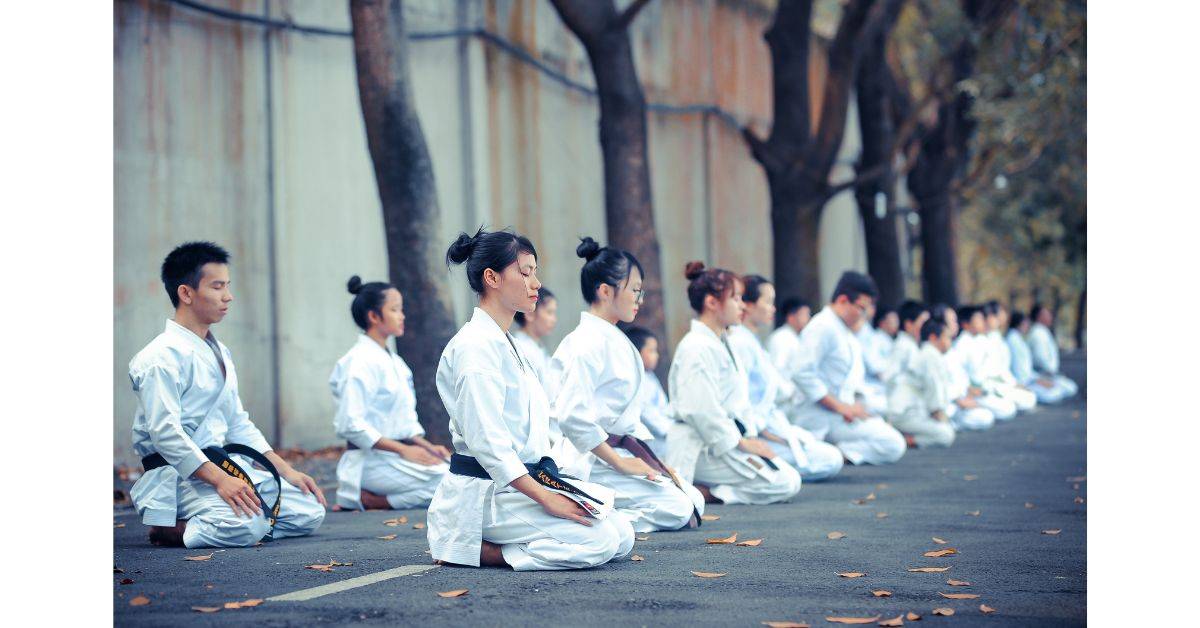 Today, there are two primary versions of the popular martial art, Brazilian Jiu-Jitsu, or BJJ; these are with a Gi and No-Gi. As such, some may get confused regarding which to learn, as both seem like suitable options. So, which is better, BJJ with a Gi or No-Gi?

While both BJJ with and without a Gi are suitable and effective choices for self-defense, No-Gi is more realistic, as not as that many people wear a traditional martial arts uniform on the street. As such, if you get used to fighting against opponents wearing a kimono, you’ll also do that on the street.

Nonetheless, many Brazilian Jiu-Jitsu instructors will urge you to train in both versions. Why is that? One may ask—that’s because martial arts are not only about self-defense. Rather, they’re also a self-improvement platform and a way to learn about traditional ethics and values.

So, the instructors will recommend you to train in both versions. That way, you’ll enjoy the complete experience of training in any environment, which will inevitably result in you enjoying training and progressing faster.

This article will explain and demonstrate the differences between the two Brazilian Jiu-Jitsu styles. Additionally, it’ll compare between the two, so you’ll be able to make a wise choice regarding which to learn.

Before diving in, I encourage you to read about the best BJJ Gi’s for your money. If you’re interested in buying one, follow the link to an article of mine on the topic, as a high-quality one will be more worth it.

What is BJJ Gi?

Throughout the rise of BJJ to the worldwide stage, many trainees have been doing it using a Gi. It was the best way of training, and nobody thought of constructing a new style that’ll teach the techniques without the traditional kimono.

Brazilian Jiu-Jitsu Gi is the traditional way to train in the art of ground grappling. It utilizes the kimono as a means to fight. And, as a result, it teaches techniques revolving around it; for instance, an example of a technique that uses it—is grabbing the collar and controlling your opponent.

As you can imagine, in the following style we’ll discuss, that doesn’t exist. You’re unable to grab the collar, because there isn’t one. So, the two styles are majorly different.

If you desire to learn Brazilian Jiu-Jitsu the traditional way, this is the style for you.

Learn more about Brazilian Jiu-Jitsu and whether it’s a safe martial art—by following the link to an article of mine.

Many people think that this style doesn’t translate to self-defense. While that makes sense, it is not the case. Although people don’t walk around with kimonos, they still may have a T-shirt or a jacket. In that instance, you’ll be able to use what you learned and translate it into real life.

If you want to buy one, here’s the one I encourage you to buy the most. Have a look!

What is BJJ No-Gi?

In the last section, we’ve discussed whether Brazilian Jiu-Jitsu with a Gi translates to self-defense. Well, as you can imagine, there’s also the opposite version—which doesn’t use any traditional clothes. So, let’s see what it is and what are its benefits.

BJJ No-Gi is a grappling style that doesn’t use any traditional clothes. Hence, the fighting techniques you’ll learn will be different from Brazilian Jiu-Jitsu with a Gi. For instance, you wouldn’t be able to grab the collar, as there isn’t one. Some argue that this style is more realistic and thus more suitable for self-defense.

Thinking about it, that makes perfect sense. You’re not as likely to encounter an attacker wearing a kimono. So, learning particular techniques to use when someone is wearing it—may cause confusion in a real fight, where the person may even be shirtless.

That’s what BJJ No-Gi is all about. Often, the trainees wear compression shirt, which are not grabbable. As a result, they have to focus on offense more than on defense, as there really isn’t a solid way to defend yourself without grabbing the opponent.

If you want to learn about whether BJJ is suitable for self-defense, ensure to follow the link to an article of mine on the topic.

Eventually, while some argue that it’s better for self-defense, some will argue the opposite. As a result, we can’t really know until someone conducts a large experiment with plenty of competitors from both styles, and see who wins.

Should I do BJJ Gi or No-Gi?

Doing martial arts is for everybody. The impact you’ll notice having them in your life—is extremely positive. Now that I’ve started to train in it, I can’t go back to not doing it. So, which BJJ style should you do, with or without a Gi?

You should train in both Brazilian Jiu-Jitsu Gi and No-Gi because they both teach valuable takeaways both for self-defense and for life itself. As a result, absorbing both worlds will ensure you’re prepared for any self-defense situation that’ll come your way.

Nevertheless, some will argue that No-Gi is more effective for self-defense because people don’t wear traditional clothing in real life. Then, the other group will argue that people wear shirts, pants, and jackets, and that it’s the same thing.

Later, of course, the first group will say that the person may take off his shirt, as a sign of aggression.

So, yea, it never ends. You may be more familiar with the ways of maneuvering an opponent with a Gi. Still, you’ll be able to translate your skills to real life, since you’ll know how to perform a wide variety of chokes and submissions.

But, if you can train in both, you’ll be solid both for self-defense and self-improvement. The purpose of martial arts is to teach people how to fight. As such, regardless of which one you’ll learn, you’ll be learning more and more—every single day.

If you want to save money by training BJJ at home, I encourage you to follow the link to a guide of mine on the topic.

Which is better for self-defense, BJJ Gi or No-Gi?

When discussing self-defense, we must first understand that 90% of all martial arts will teach us how to fight fiercely. It may be learning ground grappling or punching in the face. Regardless, you’ll become a competent fighter.

So, for your question, let’s see whether training with or without a Gi is better for self-defense:

BJJ No-Gi is better for self-defense than with one because it focuses more on offense than on defensive moves. When you wear a Gi, you’re more likely to use defensive tactics, as you can grab in many places, such as the collar or the sleeve. However, you can’t grab a compression shirt as tightly.

So, No-Gi will require you to play more offensively than defensively. You won’t have as many places to grab, if any. As a result, you’ll be required to maneuver your opponent using physical strength and other fighting techniques.

These techniques are a fantastic way of ensuring you’re capable of handling a self-defense situation without relying on a grabbable object.

After all, in self-defense, you can’t stop the fight to wear the Gi you happen to have for such an emergency. So, in order to prepare yourself as thoroughly as possible, it’ll be best if you learn how to fight and handle a grappling scenario—without having to rely on external factors.

Should I learn BJJ Gi or No-Gi?

As we’ve discussed, you can train Brazilian Jiu-Jitsu in two primary ways. The first is with the traditional clothing and the other is without. So, before you begin your training, you may wonder which is more suitable to you. Let’s see the answer.

Frankly, for most people, doing both is ideal. If you want to grasp as much information and learn as much as possible in the shortest period, you should do both.

Wearing or not wearing a Gi each have their pros and cons. Because of that, to become the best ground grappler, it’ll help if you’re familiar with both worlds. That way, you’ll be able to compete while also learning self-defense realistically.

To conclude this section, it’ll be best if you grasp both worlds. However, some trainees may find their weekly training time limited. In that case, choosing one to focus your undivided attention on—is crucial for boosting your progression.

If you want to learn more about whether you should compete in BJJ, follow the link to an article of mine on the topic.

BJJ is one of the most effective martial art in our modern days. If you know how to use it practically, you’ll be able to beat any opponent, regardless of size or weight. Because of that, its popularity is at a constant rise.

That said, some trainees may get confused when selecting between training with a Gi or No-Gi. So, if you’re one of them, this article has explained what each is and what is their differences. Hopefully now, you can make a wiser choice between the two.

Nevertheless, learning any style of BJJ—is fantastic. In fact, regardless of which you’ll learn, you’ll slowly become a competent fighter, capable of inflicting massive damage quickly. So, start your training now!

If you enjoyed reading this article, I encourage you to read about the best BJJ Gi’s for your money. If you want a high-quality one, follow the link to an article where I explain all the different brands.