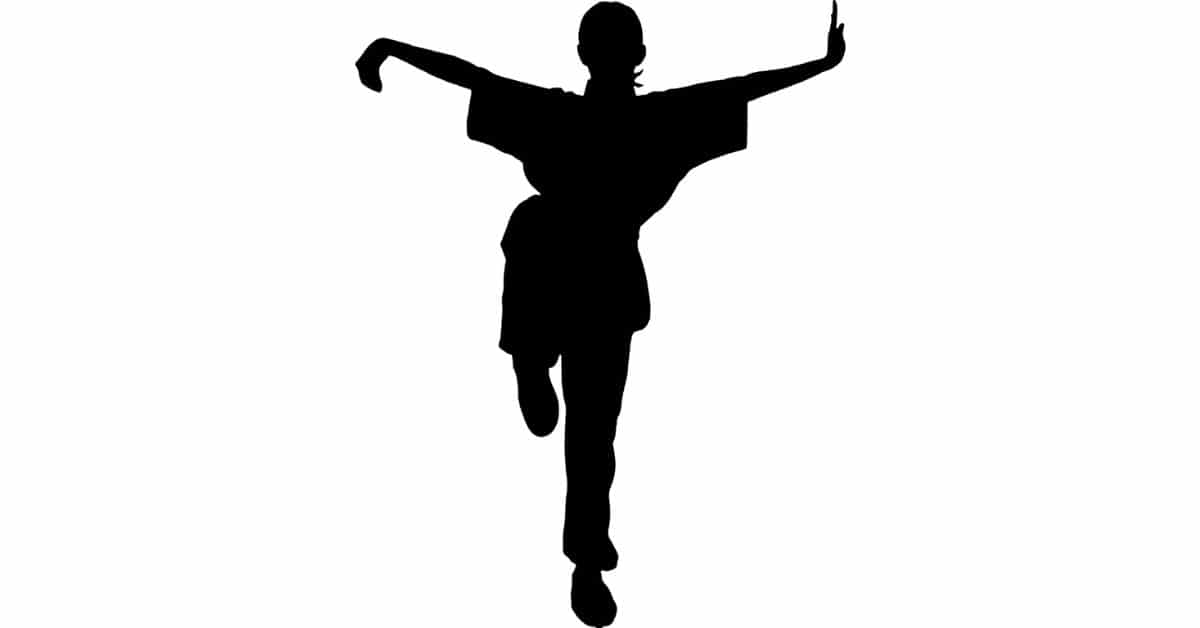 Today, there’s a variety of martial arts; one is Brazilian Jiu-Jitsu or BJJ. BJJ teaches its trainees to use ground grappling techniques for self-defense and as a platform for self-improvement. Many studies have shown the enhancement in well-being BJJ trainees had. But, if you’re a white belt, you may need the following tips.

Following these tips will ensure your consistency and dedication. As a result, you’ll become capable of progressing, even in the most challenging times.

Often, you’ll find it incredibly demanding to get up from the couch and go to BJJ training; it’s completely natural. However, the process doesn’t have to be as challenging. In fact, I’ve enjoyed every piece of boxing training I went through. Because of that, I have been consistent in my training for over 3-years.

This article will demonstrate or explain all of the tips I mentioned. I encourage you to write them in a place you can later look back to remind you of them. Eventually, these tips will aid you in keeping up with training, which is more challenging for some than the actual training.

#1- Begin training as soon as possible

The first piece of advice- is also the most critical one. Following it will ensure you notice results sooner than if you hadn’t started. As a result, the cycle of motivation repeats itself over and over. Thus staying consistent- becomes effortless.

Begin training in BJJ as soon as possible. That way, you’ll notice results sooner than if you hadn’t started. Therefore, you’ll see your progression and begin to fill with motivation. For instance, you’ll obtain a stripe to show your concrete progress.

By setting small milestones throughout training, you’re more likely to stay consistent and enjoy the exercise more since you notice your progression. If your ultimate pursuit is the black belt, you won’t feel yourself progressing until you reach it, which will take years.

But again, I’m not telling you not to have an ultimate goal. In fact, I’ll encourage you to do so. Nonetheless, it’ll help if you set small milestones, such as learning a technique or achieving a stripe. In consequence, staying consistent- becomes easily attainable.

All martial arts have a similar purpose. Back when they didn’t exist, people wanted to learn to fight. In Japan, they constructed a new form of fighting so they could teach the people of Okinawa (an Island) to fight appropriately. Today, you may be familiar with it as the form of Karate.

It’ll be best if you align a purpose to your training. As a result, a meaning will begin to form for your training. Thus staying consistent- becomes rather effortless. For example, you may want to learn self-defense. Moreover, you might desire to improve yourself through martial arts.

Eventually, having a purpose will bring meaning to your training. It’ll help you get up from the couch and go to your BJJ gym. Because of that, you’ll progress faster while noticing your results concretely.

#4- Know the mental and physical benefits

As part of learning to fight, you’ll also improve your overall well-being. Because of that, martial arts provide more benefits regardless of your fighting progression. Moreover, you’ll feel yourself bettering with every session passing. Let’s examine some of the benefits you’ll feel.

As you can see, individuals with PTSD improved their overall well-being in just 5-weeks. I don’t know what you think- I believe it’s a relatively concise time. In fact, I was expecting the studies to examine years-long projects. However, 5-weeks of consistent training was enough to improve the trainees’ well-being.

In today’s world, improving your mental health- may seem more challenging than ever. Infinite distractions surround us. As a result, it isn’t easy to take a step back from everything and work on yourself. Regardless, BJJ is a platform that’ll aid you in doing that. As a result, learning BJJ- is wise.

#5- BJJ is one of the best martial arts

You’re about to enter a world of pain, sweat, and effort. However, with all of these also comes beneficial results. You should know that BJJ is a leading martial art because of its benefits and practicality.

You’ll learn to ground grapple effectively, which will help you in any fighting situation. Moreover, you’ll improve your well-being, thus increasing confidence and self-esteem, lowering the symtptoms of depression, and reducing your stress and aggression levels.

If you’re familiar with how beneficial BJJ is, you’ll be staying consistent even if you don’t want to. Let’s continue.

#6- Sparring is your friend

An influential part of training is sparring. If you’re unfamiliar with this term, it’s when you resemble a fighting scenario in training. For example, it’s most known in boxing when two fighters box as part of training. However, some don’t understand its importance.

Frankly, sparring is your friend. If you want to train as effectively as possible, it’ll help if you focus on real situations, such as sparring. In BJJ, we call it “to roll, ” essentially the same.

#7- Don’t expect to get any results

When I started to do boxing, I expected to become the next Mike Tyson following the first consistent month. However, the opposite happened. I felt as if I was nowhere near my goal, which was accurate. As a result, I became demoralized and exhausted.

When you begin your BJJ training, don’t expect to notice any results throughout your training. Instead, the benefits and improvements will flow into your life naturally and effortlessly. You don’t have to think about it, as it won’t help you progress any faster.

After the first training session, you’ll feel sore and tired. Now, that’s completely normal. In fact, that’s a positive sign that your body is building itself. That’s the first sign of an upcoming result, better physical condition.

However, you’ll feel exhausted if you constantly look over your shoulder to examine the number of results and benefits you got. Because of that, if you focus on training, blessings will flow into your life naturally.

#8- Focus on the training parts that you love

Like any other physical training, there’ll come a phase where you’re not eager to train. That’s a part of the process. However, listening to that part of your brain won’t progress or get any work done. Because of that, it’ll help if you focus on what you fancy in training.

If you focus on the training parts you love, you’ll feel eager to return to training. Any physical training is exhausting; if you can bypass that feeling, which will be difficult, you’ll stay consistent and dedicate yourself to BJJ.

I’ve been lifting weights for the past 5-years. However, there were times when I didn’t want to train at all. In fact, I quit exercising for at least 5-times. Because of that, I’m familiar with this feeling more than most people. Hence I know it’s possible to silence that part in your brain that doesn’t want to work hard.

Some parts of training can be delightful, such as rolling (sparring), learning new techniques, meeting your friends, and even practicing some BJJ ground grappling. They can all be fun to do; thus, staying consistent won’t be that demanding if you concentrate on them.

#9- Notice your progression, even the slightest

Today, more people are self-conscious than ever. As a result, it’s hard to appreciate yourself, even if you’re on the right track. Because of that, we’re missing critical benefits. So let’s examine some of the things we’re missing.

By noticing your progression, even the slightest ones, you’ll begin to appreciate yourself. That’s the first step in improving your well-being. You won’t better any part of your mental health if you focus on training and do not appreciate yourself. So instead, notice your most minor steps toward the right path.

By doing so, you’ll allow yourself to improve your well-being. In addition, you’ll feel like you’re letting go of your background, and BJJ is a suitable platform for such a purpose. In fact, there aren’t many better platforms for improving your well-being than the one martial arts and BJJ present.

As a result, focusing on your progression and appreciating yourself- will allow you to improve your well-being. In consequence, you’ll experience some of the following benefits naturally.

The piece of advice I want you to take is to love yourself and appreciate your doings. Even if you’re reading this article, you’re bettering yourself. These tips will help you to progress faster and thus notice more results. Because of that, you’re on the right track; keep moving forward.

I love BJJ. It’s one of my favorite martial arts of all time. Also, it’s prevalent worldwide. Because of that, the influence it has on the millions of people who watch and participate in it- is incredible. Now, why am I telling you this?

You must understand that BJJ is a martial art that millions of people do. If you do, you’ll feel a part of something greater than yourself. As a result, surrendering yourself to training- becomes almost natural. You’ll feel like you’re letting go of your fears and insecurities and begin reaping the effects.

Remember that you’ll soon be a blue belt. You’re a novice when you’re a white belt with no stripes. You don’t know much about the techniques and can’t use them effectively. However, with consistency and dedication, you’ll begin bettering your skills and abilities, regardless of your thoughts.

Consequently, trusting the learning process- becomes effortless. So you’ll surrender yourself to the process, and hence you’ll better yourself unconsciously.

As time passes, you’ll begin to get a stripe after another. So you’ll see your progression concretely; there’s nothing better to light that fire in you. However, when you’re feeling down and exhausted, remember that the blue belt is on its way- in correlation with your consistency and dedication.

Writing this article has been nothing less than pure delight. I’ve been a white belt for most of my life, and I know how frustrating it may get. However, the fighting world is more significant than yourself or your fighting gym. Because of that, you’ll experience the benefits, even if you don’t want to.

BJJ is a fantastic martial art that provides countless mental and physical benefits. Thus dedicating yourself to it- will be your first step towards self-improvement and learning to fight appropriately.

If you enjoyed reading this article, you’d also enjoy reading another article I wrote on whether BJJ is hard for beginners.